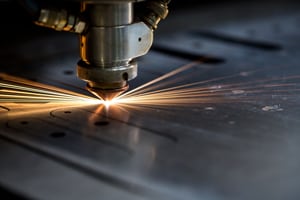 Throughout the year, we dedicate a significant amount of column inches in Oilman to the policies and market dynamics that drive the fortunes of companies in the oil and gas industry. In this issue, we’re taking a time-out to acknowledge some of the products that allow the industry to not only thrive, but also adjust to those ever-changing market forces.

The companies that provide products and services to the oil and gas sector are in a constant state of innovation. Their work improves processes and makes the field safer and more productive.

In the offshore market, a growing attention to risk has placed innovation in the spotlight.

General Electric (GE) earlier this year introduced a series of offshore solutions designed to lower costs and reduce downtime in offshore operations. GE looked to other industries to inspire resiliency and efficiency in its new products.

Among the solutions introduced by GE at the Offshore Technology Conference (OTC) in Houston was the SeaPrime blowout preventer (BOP) control system, which translates electrical controls from the surface to hydraulic controls subsea. GE said that the system, which is designed to operate as deep as 12,500 feet below sea level, is the first fault-tolerant design with the ability to re-route hydraulic functions while remaining subsea.

GE received a 2016 Spotlight on Technology award from the OTC organizers. The award recognizes OTC participants who embody the conference mission to advance scientific and technical knowledge for the safe development of offshore oil and gas resources.

A BOP is a special valve that seals, controls and monitors an oil and gas well to prevent the release of oil or gas in an uncontrolled environment – a.k.a., a blowout. There are different kinds of BOPs; a ram-type BOP, for example, uses a pair of opposing steel plungers, or rams, to control oil or gas flow.

GE’s product release during the conference followed the April 29 publication in the Federal Register of the U.S. Bureau of Safety and Environmental Enforcement’s final rule for oil and gas and sulfur operations in the Outer Continental Shelf –BOP systems and well control.

The so-called well-control rule adopts reforms for well design, well control, casing, cementing, real-time well monitoring and subsea containment. BSEE’s rule is a response to significant loss-of-well-control incidents, such as Deepwater Horizon in 2010 and Walter Oil and Gas in 2013.

According to BSEE’s final rule, the Deepwater Horizon incident resulted in the release of 134 million gallons of oil, which spread over 43,300 square miles of the Gulf of Mexico and 1,300 miles of shoreline in several states. The Walter Oil and Gas incident resulted in a fire that lasted 72 hours and a $60 million financial loss. BSEE said that the incident occurred “in part due to the crew’s inability to identify critical well control indicators and to the failure of critical well control equipment.”

BSEE added that “the investigations that followed the Deepwater Horizon incident, in particular, documented gaps or deficiencies in the OCS regulatory programs and made numerous recommendations for improvements.”

Product and service providers now are moving to respond to the well-control rule and supply operators with the solutions they need to move forward in compliance.

Houston-based Trendsetter Engineering is addressing the rig-specific requirements of the rule by offering its Subsea Accumulator Modules (SAM) for near-term compliance purposes.

New BOP accumulation and flow requirements in the rule include:

According to Mike Cargol, vice president of oilfield rentals and services for Trendsetter, subsea BOPs have similar hardware to surface BOPs.

A surface BOP stores hydraulic pressure in what is basically a large balloon, and in an emergency, the operator can press a button and that hydraulic pressure closes the rams, cuts the pipe and seals the well at surface, he said. Subsea, he added, the accumulators are strapped to the original BOP body and they sit as an integral part of the BOP assembly on the sea floor.

Before the new well control rule, the accumulators were built into the BOP under existing standards, and they had enough accumulator volume to keep minimum functions on the BOPs.

“When the new well control rule came out, it added requirements for subsea BOPs,” Cargol said. “Not only do operators now need to have additional function and capability, they also have to have the additional accumulator volume to be able to complete the functions of those rams.”

Having additional accumulator volume is not usually very easy, but Cargol likened the SAM to a battery pack that can be added to a cell phone.

“The SAM allows an operator to continue using the BOP as is, then take the SAM unit and set it on the sea floor, plugging it into the BOP and increasing the ‘battery life’ on the sea floor so they can be compliant with the new well control regulations,” Cargol said.

The units are good for up to 10,000 feet below sea level, but the greater the depth, the less usable volume there is in an accumulator. More accumulators are needed to accommodate that loss, Cargol said.

Using the SAM is not a permanent fix. At some point in the future, operators are going to have to modify BOPs

“Using the SAM now allows operators to continue moving forward with equipment as is with no downtime,” he said.

HyPR HoldSaver is the first hydraulic pipe and hole recovery system that ensures against stuck pipes. The HyPR jetting dart uses drilling mud to cut through a sub in under two hours.

Sponsored by the Royal Bank of Scotland, the Elevator Awards are given to companies and individuals for innovative market leadership.

“We are really pleased that our tools have been recognised for this prestigious award as it reflects our continued commitment to innovation and technical excellence,” Churchill Drilling said in a statement.

The company said that the outlet was designed for the harsh underground conditions experienced in conventional and steam flood wells, and is the first of its kind for the upstream production market.

According to the company, the smart well feedthru is the first multi-pin wellhead outlet to offer interconnect capabilities for tubing encapsulated cables with up to seven conductors. The feedthru, which offers improved data transmission through the pressure barrier, also includes a unique visual safety indicator that provides a visual warning if high pressure is detected within the outlet housing and prevents disassembly in unsafe conditions.

Featuring National Pipe Thread Taper (NPT) fittings for easy installation on top of the wellhead bonnet or on the side of the bowl, the smart well feedthru utilizes glass-to-metal seals and gold plated contacts to provide reliable pressure blocking and electrical performance. Its higher temperature rating makes it a suitable solution for both steam floods and conventional wells, and a separate surface cable allows for easy cable disassembly during workovers.

Capable of full rated-load acceptance in one step, the HRNG 95 T6 can run on both natural gas and liquid propane and switch between both fuels based on availability.

“The HRNG 95 T6 offers the fuel efficiency and operating flexibility that oil and gas companies seek with maximum reliability and durability,” HIPOWER President Rafael Acosta, said in a July 12 statement. “Such features as dual-fuel capability and an optional gas scrubber will be especially attractive to them.”

To meet the control demands of remote oil and gas sites, HIPOWER chose a digital control panel with manual and automatic start and stop features, programmable automatic functions and local and remote control.

The valve is designed for deepwater applications and is effective at depths in excess of 12,000 feet. In addition, because it operates independent of tubing pressure, the valve can be set in shallow applications.

“The WUDP-10 deep-set valve is one element in a larger portfolio of V1- and V0-rated completion technologies for use in deep water,” Mark Hopmann, VP of completions, Weatherford, said in a July 13 statement. “Together, these integrated technologies create a toolbox of modular solutions for operators looking to increase efficiency and reliability on offshore rigs.” 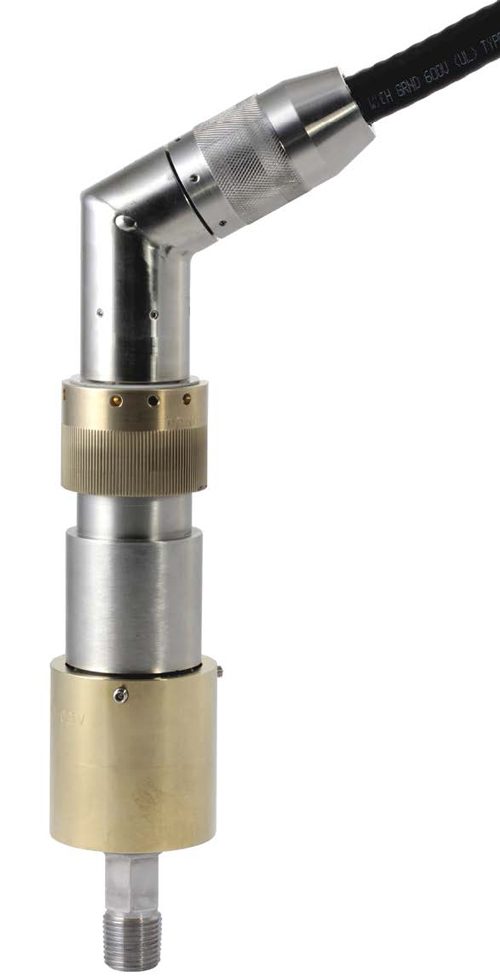 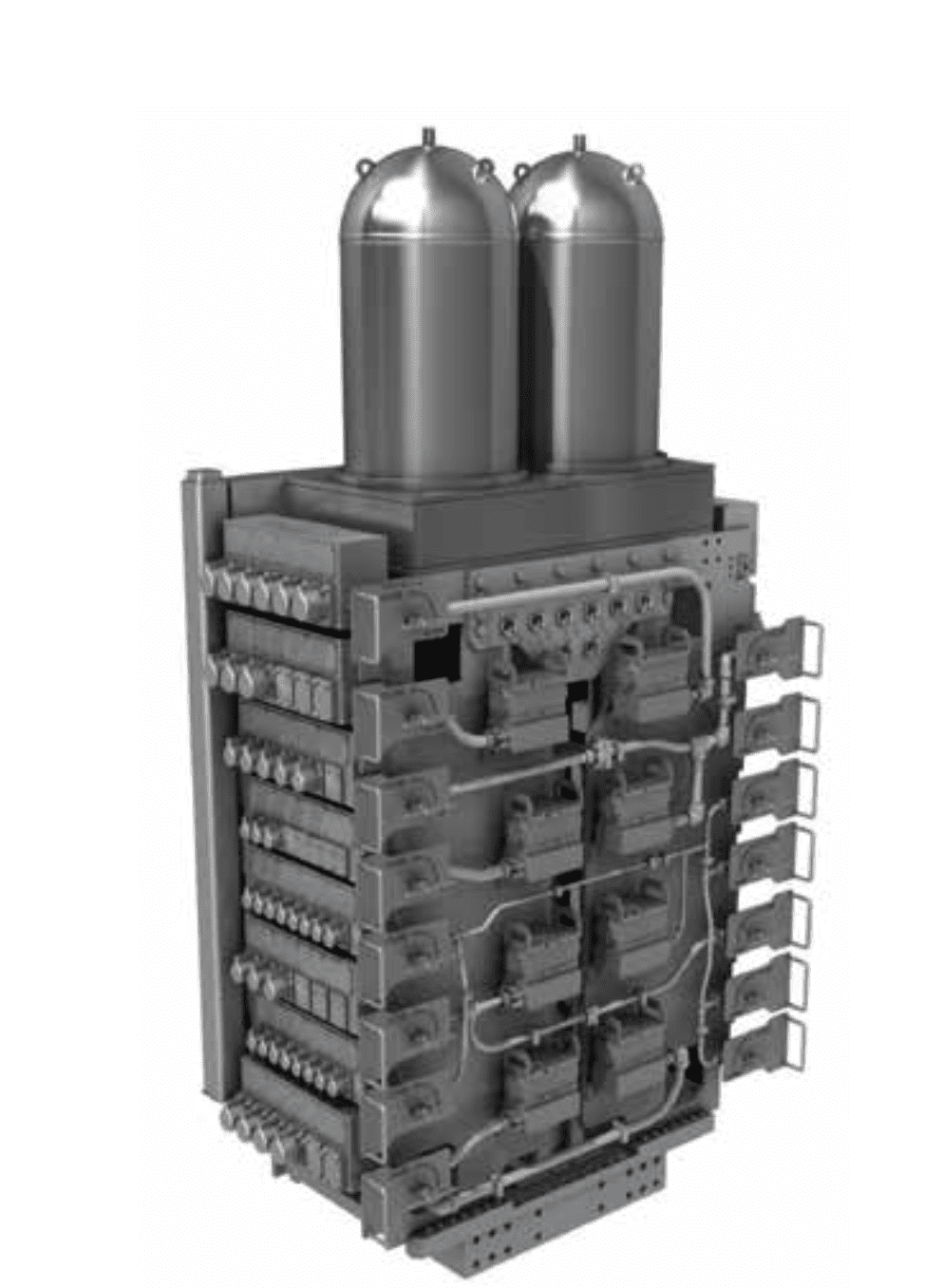 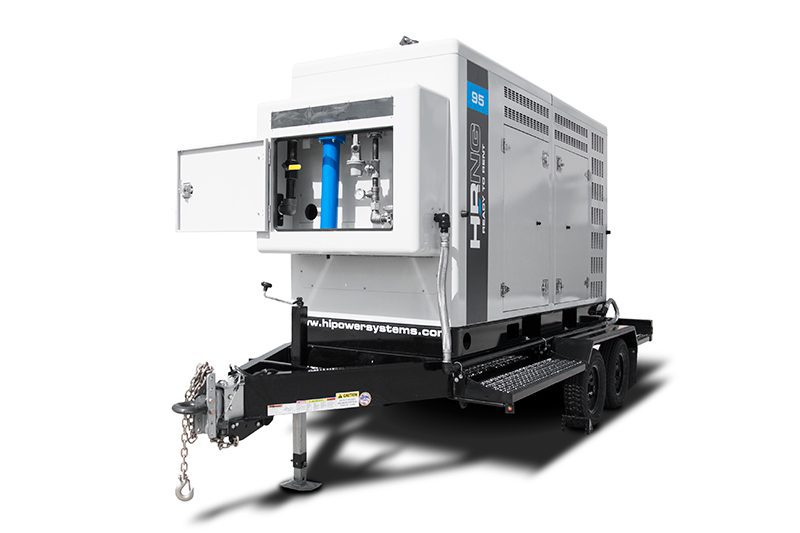 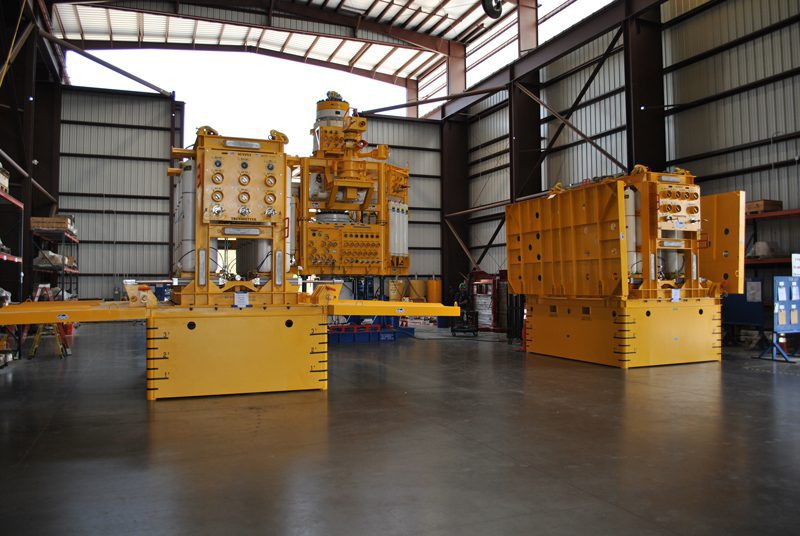 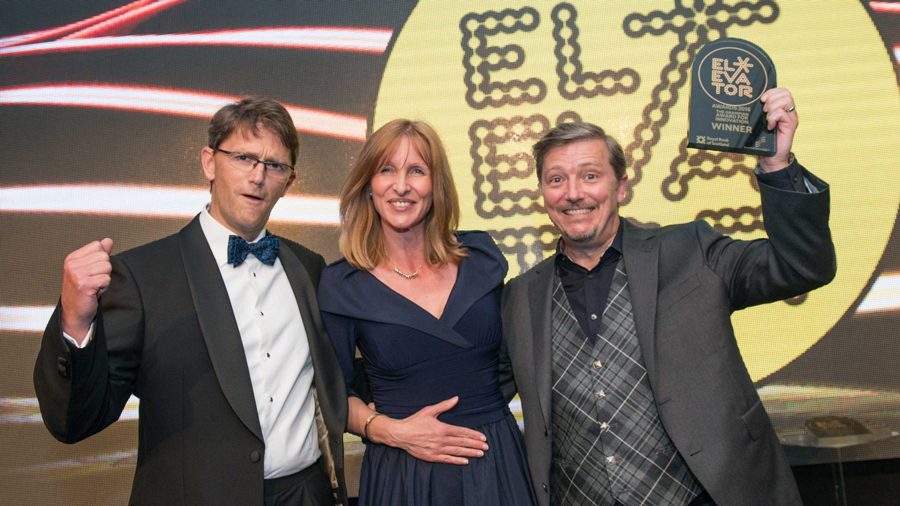 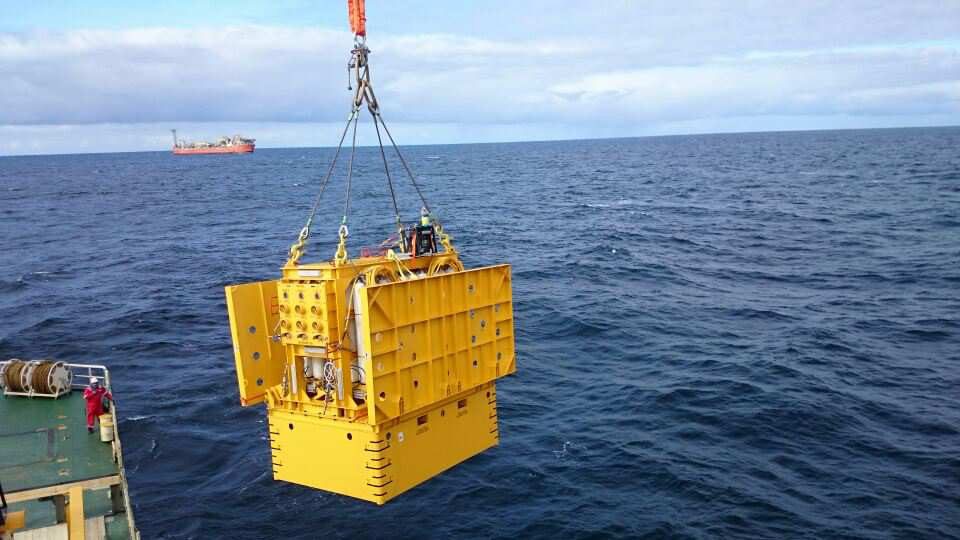 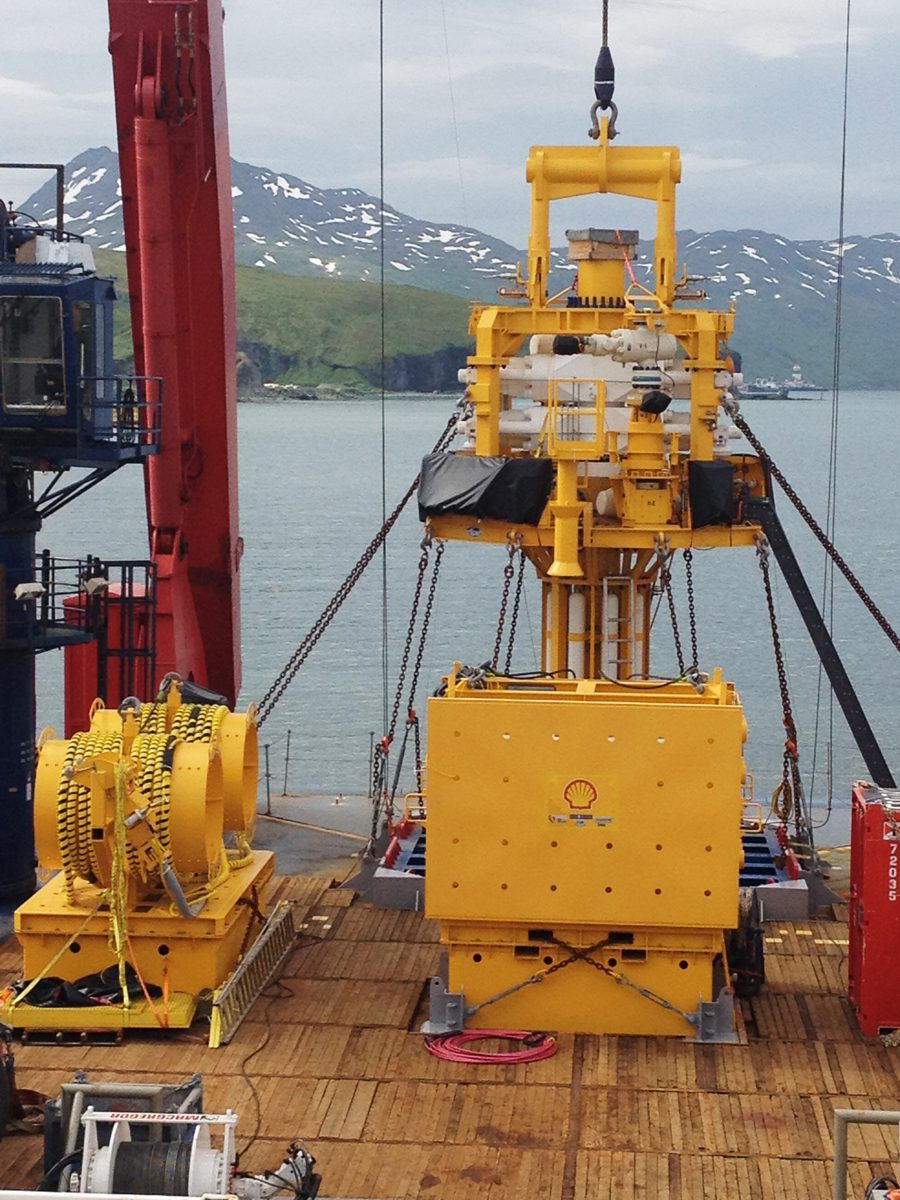 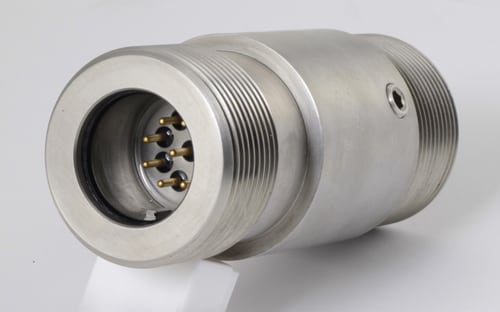