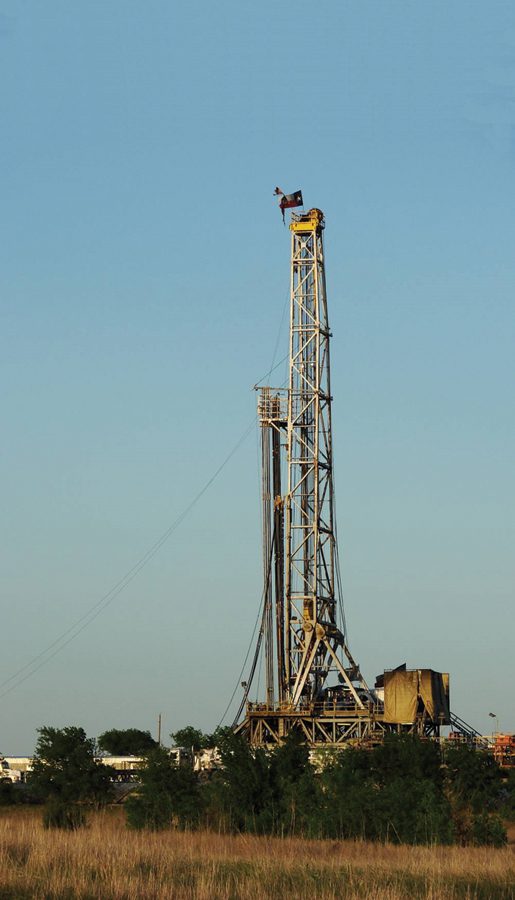 RDX Technologies Corporation officials plan to pipe treated wastewater from a facility in Odessa to oil leases, pursuing a water delivery method for oil and gas operations that the company’s CEO Dennis Danzik described as a first-of-its kind approach.

Danzik, in a Monday conference call, would not say where the water treatment and energy technology company’s Odessa properties are, because he said officials choose not to until they are up and running. And a review of state and local public records revealed little.

But Danzik said about a mile of pipeline from where the company has an operating contract with the Gulf Coast Waste Disposal Authority, the privately owned water treatment facility at 2760 S. Grandview Ave. RDX Technologies has about a total 16 miles of right-of-way secured for pipeline.

If that pipeline were utilized, Danzik said it could pump about 81,000 gallons of water per hour.

Danzik also announced a multi-year contract with one company: COG Operating LLC, a subsidiary of Concho Resources in Midland.

The companies entered the contract on March 1 for more than 45,000 barrels per day of treated water, Danzik said. It lasts for 13 years, divided into three terms.

“I have been very negative on the oil and gas industry when it comes to water reclamation and recycling,” Danzik said. “But the way that COG approached it, as far as I’m concerned, it’s the right way and it’s just a good way to do it.”

Gordon Pederson, the Gulf Coast Waste Disposal Authority Manager of Facility Services, said Monday he did not know of RDX Technologies but pointed to an October agreement with Kerr Energy to send up to 2 million gallons of treated affluent water a day to the company for oil and gas production.

Transporting wastewater often means using trucks, contributing to the increase in traffic on strained West Texas roads and creating a cost for oil and gas companies that Danzik said RDX Technologies is competing against, although the company’s operations use trucks to a lesser extent.

In the first three-year term of the contract with COG, RDX Technologies reported an expected $14.6 million guarantee but up to $24 million in income from the project. Danzik said RDX Technologies in negotiations with other companies and expects to contract out the rest of its available water by June 15.

“I believe that our pipeline network will extend and it will also multiply,” Danzik said.

RDX Technologies, when it was still Ridgeline Energy Services, announced the installation of a waste water treatment facility in May of last year in south Odessa, which had an initial capacity of 5,000 barrels per day. The installation was near a permanent tank battery to allow for reuse of treated water.

Danzik, during the Monday conference call, said the company would announce the locations of its Odessa operations “in due time.”

The City of Odessa has no records of building permits filed by RDX or Ridgeline within the city limits in the last year, according to spokesperson Andrea Goodson. Ector County would not have required building permits, and county project manager David Peck said he did not know of RDX Technologies.

The Texas Commission of Environmental Quality showed no permits issued to RDX Technology or Ridgeline Energy Services, suggesting that the permits Danzik said company filed for were under a different operating name. A review of records with the Secretary of State also yielded nothing about the two companies.

The permitting process with the Texas Commission of Environmental Quality and the Texas Railroad Commission took more than two years, Danzik said, adding, “I think we are a model that the industry can look at and the regulators are going to look at and say, ‘OK that works.’”

“We believe we can show the State of Texas how a lot of this water can be recycled,” Danzik said. “And we are working very, very hard on that process right now.”

As it stands now, most waste water in the Permian Basin winds up in a disposal wells because the economics favors them, according to industry experts. But more and more companies are also experimenting with water recycling.

“We are just seeing the start of that,” Danzik said. “And again, I don’t want to overplay this. There are a lot of people in the industry who say water is the new gold. Well, it’s not. It’s just water, and it has a value. That value is increasing.”