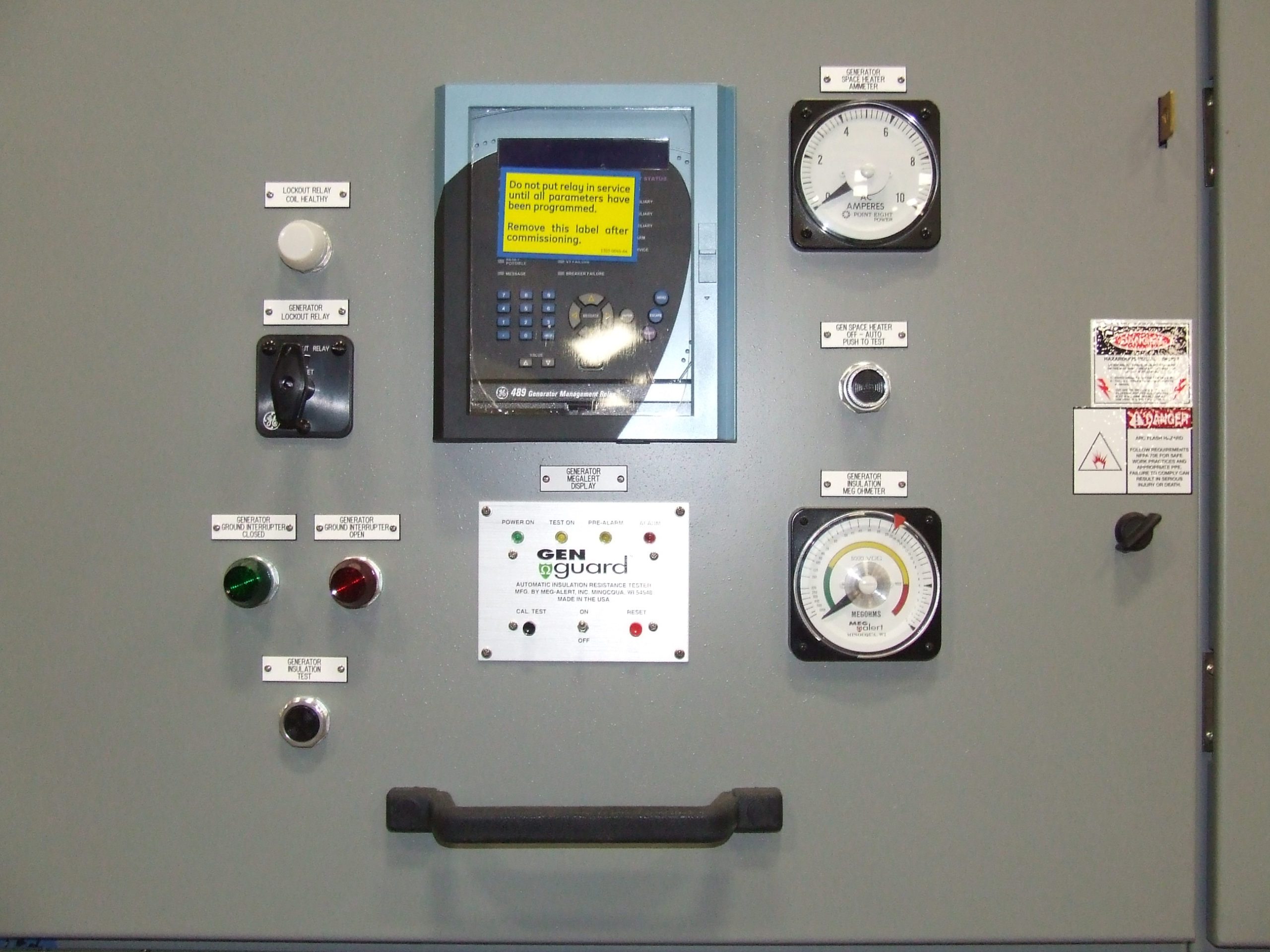 However, these tests only provide a snapshot of motor or generator health. In a matter of only a few days, windings and cables that are exposed to salt air, moisture, chemicals, contaminants or vibration can become compromised and fail at startup.

These tests expose technicians to potential arc flashes when they access the cabinet. In the United States non-fatal arc flash incidents occur approximately five to ten times per day, with fatalities at the rate of approximately one per day.

With so much at risk, offshore platform operators are recognizing the value of continuous megohm testing and monitoring of insulation resistance that initiates the moment the motor or generator is off and continues until it is re-started again.

Armed with this information, maintenance personnel can take corrective actions ahead of time to avoid a failure that would interrupt production. By doing so, they can save oil and gas producers hundreds of thousands of dollars in lost production and repair fees for expensive rewinding as well.

Offshore platforms rely heavily on their main generators and a variety of motors, though the number and type vary depending on the size of the platform and rate of production.

On a deepwater or ultra-deepwater platform, several hundred motors may be installed, with 5-10 categorized as critical or significant (high cost motors that are not easily replaced). On exceptionally large platforms, up to 30 critical motors might be involved.

Medium voltage generators in the main power plant, as well as low-voltage standby generators that back up the main generators and power lifesaving equipment are also critical to the operation of the platforms.

Unfortunately, this equipment is subjected to ice, moisture, changing temperatures and dense salt-fog. The salt-fog is one of the worst problems because the salt, combined with the moisture, can cause severe damage to the electrical insulation inside the critical motors and generators.

“The offshore environment is probably one of the harshest environments for electric motors and generators,” says Donna Lee Hodgson, P.E. and Senior Electrical Engineer for Shell International Exploration and Production, Inc. Hodgson currently designs deepwater facilities for projects in the Gulf of Mexico.

“I have seen motors come into the shop that have salt encrusted on the interior of the stator windings,” says Hodgson.

Sand is also prevalent on deepwater platforms given the constant sandblasting and re-coating of carbon steel structures. “Basically, the sand that you are blasting at the carbon steel structures around the equipment tends to get into the motors and generators too,” says Hodgson. The sand breaks down the insulation coatings on the windings which leads to premature failures.

The environment is so corrosive that Hodgson typically specifies enclosed or weather-protected motors.

According to Hodgson, critical motors on the deepwater platforms are tested to determine the equipment’s PI (Polarization Index). The PI is used to determine the fitness of a motor or generator and is derived by calculating the insulation resistance of the windings using a portable megohmmeter.

The test begins with a reading of insulation resistance recorded at one minute, then a second test reading is taken for 10 minutes. The ratio of the two measurements provides the PI, which should be above 2.0.

Still, despite these types of tests, motors and generators can become compromised within only a few days in the corrosive, dirty environment and fail at startup. When this occurs, costs quickly mount for “rewind” repairs or replacing the motor or generator while production comes to a halt.

“Failures can be really expensive. Rewinds can cost tens of thousands of dollars, up to a couple hundred thousand depending on the type of motor or generator,” says Hodgson.

“And it is not just the cost of the repair,” she adds. “It is also the cost of the labor to get the motor or generator prepped and ready for shipment, the cost for the boat to bring it to and from the platform, and road transport. Those costs can also run in the tens of thousands of dollars.”

To avoid these costs, electrical engineers are turning to a continuous monitoring device, the Meg-Alert. The unit is permanently installed inside the high voltage compartment of the MCC or switchgear, senses when the motor or generator is offline and then performs a continuous dielectric test on the winding insulation until the equipment is re-started.

By testing continuously, it reduces the need for manual PI testing since the insulation resistance readings are averaged over a longer period of time to determine the true” leakage current” level of the insulation.

The continuous monitoring system also allows for a “hands-off” approach that does not require service technicians to access control cabinets to perform a manual insulation resistance test.

According to Hodgson, this safety feature was a major driver behind the decision to install continuous monitoring devices.

Arc flashes are an undesired electric discharge that travels through the air between conductors or from a conductor to a ground. The flash is immediate and can produce temperatures four times that of the surface of the sun. The intense heat also causes a sudden expansion of air, which results in a blast wave that can throw workers across rooms and knocked them off ladders.

Among the potential causes of an arc flash listed by NFPA 70E includes “improper use of test equipment.”

Although de-energizing equipment before testing and wearing appropriate PPE (personal protective equipment) is recommended, the best solution is to eliminate the need to access the control cabinets at all to perform insulation resistance tests.

“Two hazards we would be concerned about on a platform are electrocution and arc flash,” says Hodgson. “Given that generators on platforms are located within feet of the load, this is even more of a concern because of the high short circuit currents.”

According to Hodgson, the information generated over time by the devices can also be used to extend the life of critical motors and generators.

“We send the readings to our data historian, so we can review insulation resistance trends,” explains Hodgson. “It helps us understand if a generator consistently has low insulation resistance readings or if it fluctuates up and down and we can attribute it to changing weather conditions. It may also help us determine if the issue is dirty windings or deteriorating insulation.”

The information can also be used to pinpoint the time to ideally schedule the motor or generator for reconditioning. This feature alone can save an offshore operation thousands of dollars in repair fees because reconditioning is 40-50 percent less expensive than rewinding.

“For critical and significant motors and generators, we want to use the data to try and predict failures before they happen and to prolong the life of the equipment as much as possible,” says Hodgson. 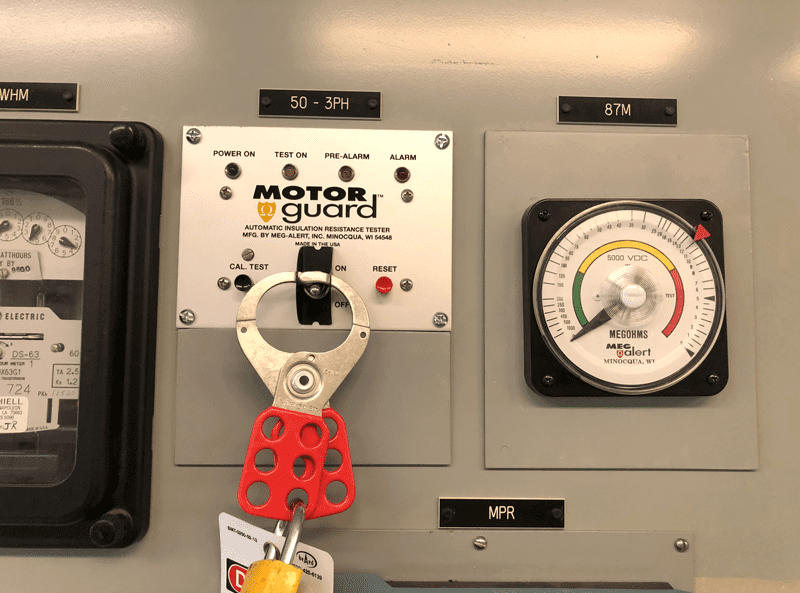 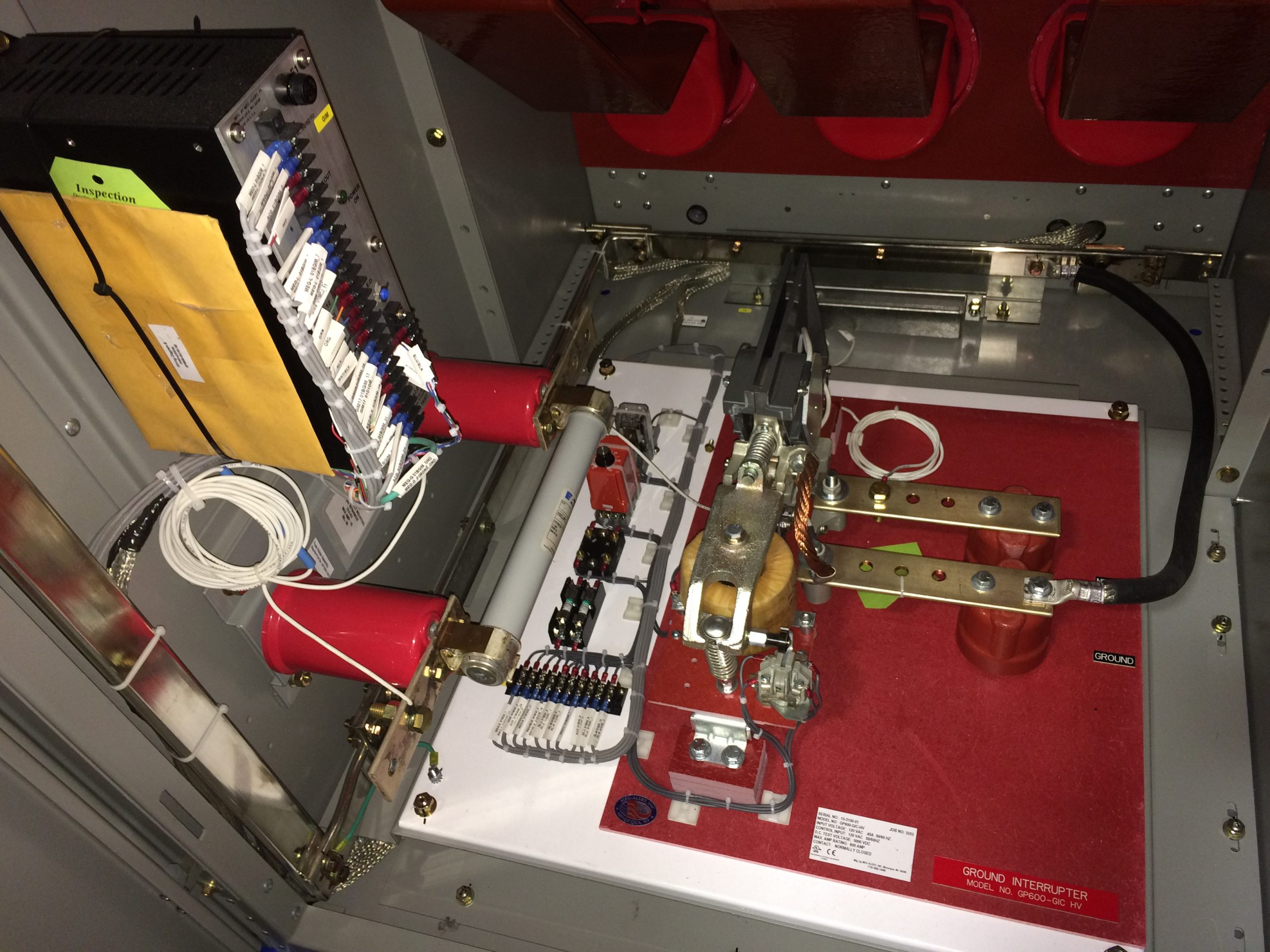 Jeff Elliott is a Torrance, Calif.-based technical writer.  He has researched and written about industrial technologies and issues for the past 20 years.