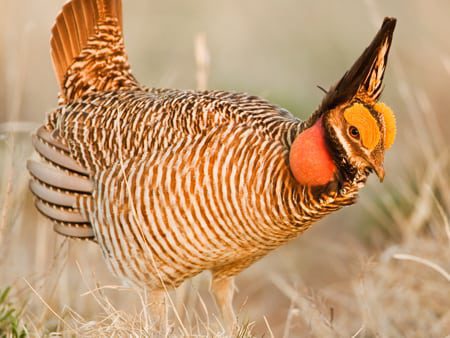 Two highly-anticipated court decisions regarding endangered species were announced this week scoring big wins for not only the oil and natural gas industry, but also the Obama Administration.

In the U.S. Court of Appeals for the District of Columbia Circuit, a panel of three judges ruled against activist groups who challenged U.S. Fish and Wildlife’s (FWS) decision to withdraw the agency’s prior listing of the dunes sagebrush lizard. Defenders of Wildlife and the Center for Biological Diversity argued that the voluntary conservation agreements established to protect the lizard are “not regulatory mechanisms and are too speculative to ensure the conservation of the species.” The court found that the argument had been waived by the conservationists in lower courts and, therefore, could not be addressed in district court. As a result, the judges were forced to base their decision on the argument that the conservation plan designed for the state of Texas didn’t guarantee that businesses would participate or that the plan would be effective in protecting the lizard whose habitat is centered on the Permian Basin in west Texas and Southeastern New Mexico.

“The Texas plan may not be foolproof, but neither is every regulatory regime,” D.C. Circuit Judge Judith Rogers wrote.

The American Petroleum Institute backed the Obama Administration in this case.

On February 29, Judge Robert Junell of the U.S. District Court for the Western District of Texas rejected a request by FWS to reinstate federal protection for the lesser prairie chicken (LPC). In 2015, Junell agreed with industry that the agency’s listing of the chicken in 2014 was unwarranted and vacated the listing decision.

The decision was applauded by industry supporters including the Western Association of Fish and Wildlife Agencies (WAWFA), a coalition of regulators from 23 states and Canadian provinces, which manages the conservation plan known as the Lesser Prairie-Chicken Range-Wide Plan. This group supported the 2015 court ruling that the FWS had not properly considered the conservation efforts underway when listing the chicken.

“The court decision on September 1 and the ruling made today underscore the validity of a comprehensive conservation effort involving state conservation agencies, landowners, and industry,” WAWFA said in a statement. “The range-wide plan was developed to ensure conservation of the lesser prairie chicken with voluntary cooperation of landowners and industry. This plan allows agriculture producers and industry to continue operations while reducing impacts to the bird and its habitat.”

Cal Baca, program manager for the (LPC) at WAWFA was fired the same day as the court decision. Skeptics of the range-wide plan see this move as proof that protecting the chicken is not a priority for the states; however, Alexa Sandoval, the director of the New Mexico Department of Game and Fish and chairwoman of WAWFA’s Lesser-Prairie Chicken Initiative Council, said in an interview that the two events were unrelated.

“Regarding the timing of it, it is purely coincidental, it has absolutely nothing to do with the fact that the court ruling came out today,” she said.