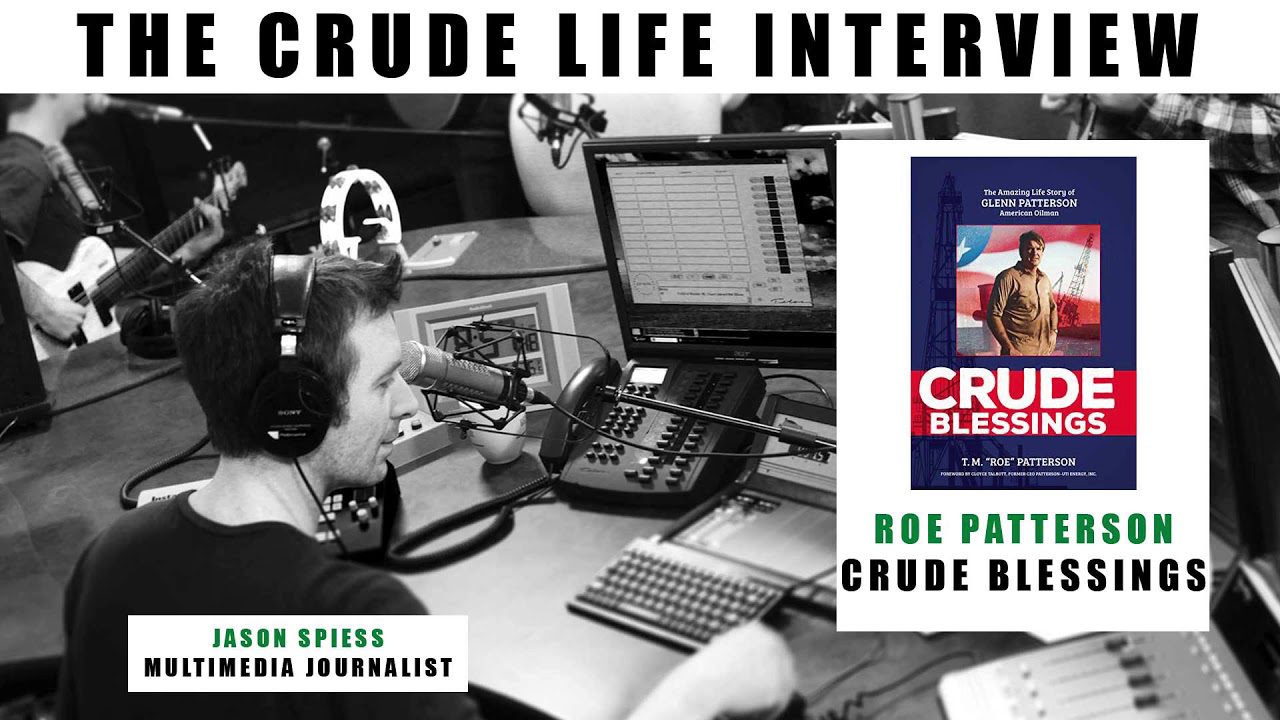 When Roe Patterson began thinking about documenting a slice of his father’s (Glenn Patterson) legacy, he knew it would be something more than a traditional father-son homage.

“My dad was kind of a pioneer in the oil and gas industry. He built a drilling company back in the late 70’s starting with one rig,” Patterson said. “Today that company has almost 300 rigs and is worth over $4 billion in market cap.”

Glenn Patterson is considered by many, if not most, one of the titans in energy. He is one of the founders of Patterson-UTI Energy and his one rig-to-riches story is often talked about by many aspiring entrepreneurs and energy enthusiasts. He passed away in 2015 at the age of 68.

“I found the book therapeutic, a lot of tears,” Patterson said. “I lost dad in 2015 to Alzheimer’s after a nine year battle, I miss him greatly running a company today.”

Roe continued lamenting about his father and how he mentored him in life and business.

“I wish I had his ear and his advice. He always had such good advice and kept you grounded and back to your roots of doing what is right and making sure that is first and foremost the thought in your process,” Patterson recalls. “When dad faced an obstacle he just pursued it with an unbelievable amount of passion and hard work. Never giving up on his principals or his values of doing the right thing, he would just grind it out until he succeeded.”

The book Crude Blessings is summarized as a “compelling narrative about a family patriarch who embodied the best qualities of the Greatest Generation, which inspired and powered the success of America.”

Roe believes his father’s story is being shared at the right time in our nation’s history. An increased polarization in society is creating new friction in so many areas of life.

“This mantra of always doing the right thing is a little bit lost in today’s society,” Patterson said. “I don’t hear as much of that integrity and morality talk that I used to hear when I was growing up.”

Stories about treating people with respect and using the Golden Rule as a basic guideline appear to be missing from today’s conversation. Crude Blessings is one way Patterson can tell his father’s ethical anecdotes.

“If you can treat people ethically at work and you can do that in your business, than you know it will follow you into your personal life too,” Patterson said. “You hear about the cutthroat, edgy business practices out there and not a lot of comradery or what is good for everyone.”

Another inspiration and motivation behind Crude Blessings was Roe’s children. The book became another way for Glenn’s legacy to be told and add layers of context.

“Dad’s life was full of trials and tribulations. For all the success, there was lots of hurdles and failures too,” Patterson said. “You probably learn more from the failures than anything else.”

Channeling his father’s actions through words, Roe shares a short story about his father’s competitive behavior in oil and gas.

“It didn’t matter if dad was dealing with customers, vendors or competitors or his employees who were so important to him, he treated them all the same way,” Roe said. “I remember one of my dad’s competitors showing up in his yard needing a vital piece of equipment and was in a huge bind. The vendors were out and he knew my dad had an extra piece and my dad loaned it to him without thinking twice. Here’s a competitor and my dad just gave it to him to use.”

Those are the types of stories Roe wanted his children, and others, to know. 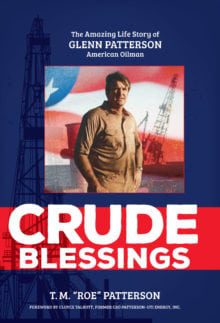 Roe then transitioned into one of the tough topics of the book is Roe’s remembrance of his father’s faith.

“For my dad, faith was a tough thing. He didn’t come to faith until the end of his life,” Patterson said.

Patterson explained further how his fight with Alzheimer’s became his path towards finding a relationship with God.

“It shouldn’t take a disease to break you down, you should want to find your faith and relationship with God earlier than that. It did for dad,” Patterson said.

Patterson added many industries look away from discussions of faith, however, he believes it is so prevalent and accepted in the oil and gas industry, his father’s path will resonate throughout.

“But there were a lot of laughs too while putting the book together,” Patterson said.

“It doesn’t matter if you are in the oilfield or any field, all of these core principles are important,” Patterson said. “I hope when people read it, it is just a good story. I hope it is inspirational that there is nothing in your life that is going to keep you from facing a new day. No matter how hard the trials are, there’s tribulation around the corner if you just keep your nose down and get back to work.”

Crude Blessings: The Amazing Life Story of Glenn Patterson, American Oilman, can be purchased at www.crudeblessings.com or on Amazon.com.