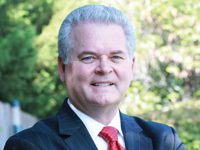 For the past 37 years, I have been involved in the oil and gas industry. During that time, I have had the opportunity of working in other outside capacities.

From 2009 to 2013, I had the honor of serving as chairman of the 14-member international governing board of People to People International (PTPI) and acting chief executive officer during the spring/summer of 2013. PTPI world headquarters is based in Kansas City, Mo., and has a presence in 135 countries, with more than 80,000 families and individuals actively participating in student and adult programs.

U.S. President Dwight D. Eisenhower founded PTPI during his presidency in 1956. It was an honor for me to work with Mary Eisenhower, granddaughter of former President Eisenhower and chief executive officer and president of PTPI.

The following are Mary’s remarks presented at that conference:

“Energy is more than an ‘American issue.’ Energy is a global issue, as we are all interconnected. It is the topic at hand, whether we are discussing the future of America’s energy needs, or following the United Nations Human Development Index, which many of you know relates quality of life with access to energy. As James Conca shared in Forbes, ‘The world will not be rid of poverty, war, or terrorism until almost everyone on earth is in the middle class. And that requires energy.’ We are all in this together!

Conca further stated, ‘That energy use is one of the most accurate indicators of what is considered prosperity and happiness is a powerful concept. Even more important to national security is that energy use trends with life span, peace, and democracy.’ Conca’s view is that it is ‘unethical and unjust, as well as not in our national security interests, not to ensure that the rest of humanity achieves prosperity and long life.’

As we explore the future of energy, I hope that you will remember that point: we are all interconnected. When my grandfather, U.S. President Dwight D. Eisenhower, gave his famous, ‘Atoms for Peace’ speech in 1953, the topic was atomic warfare. He said, ‘Occasional pages of history do record the faces of the ‘great destroyers’, but the whole book of history reveals mankind’s never-ending quest for peace and mankind’s God-given capacity to build. It is with the book of history, and not with isolated pages, that the United States will ever wish to be identified. My country wants to be constructive, not destructive. It wants agreements, not wars, among nations. It wants itself to live in freedom and in the confidence that the peoples of every other nation enjoy equally the right of choosing their own way of life.’ So whether we are facing the specter of atomic warfare in the 1950s or the future of natural gas today, it is you, the innovators and the visionaries, who will ensure a brighter future for all.

In my role as People to People International’s president and chief executive officer, I have the great pleasure of working to connect people of all countries and cultures. Granddad believed that ‘peaceful relations between nations require understanding and mutual respect between individuals.’ It takes each of us, working together, to combat misperceptions, and it will take each of us, working together, to address the issues of energy in America and beyond. We owe it to ourselves and to each other to address these needs in terms beyond today. The future won’t wait!”

Future generations are depending on us to keep the American dream alive. In the 1950s, President Eisenhower had the great vision to construct the massive interstate highway system – the road system we heavily rely on today.

With the right leadership and vision, we can move forward with an energy plan much like the great vision that President Eisenhower had with moving forward the interstate highway system.

It is time we come together! The U.S. has the immediate challenge of striving for energy independence and global energy security for others. It is extremely important that the U.S. be in a strong position of securing energy reserves within its own boundaries. America Needs America’s Energy!

Please let me know what you think. Go to peoplesenergyplan.com to join the effort or visit us on Facebook.