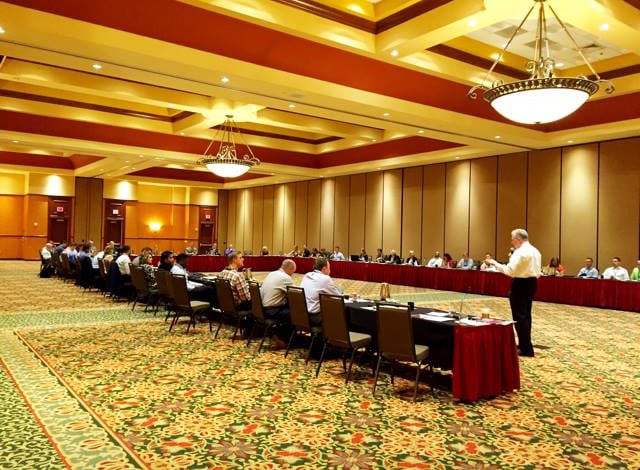 The 24th Annual/Anniversary of Energy Policy Conference (IEPC) — Roundtable/Summit was held Aug. 11, 2016, at the Renaissance Hotel in Tulsa, Okla. The roundtable was hosted by IEPC, The Energy Advocates and the Master of Energy Program, University of Tulsa. I served as the moderator of the roundtable.

There were around 60 roundtable participants. Representatives included state and federal government, chamber of commerce, public relations firm, concerned citizens, various areas of the energy sector, professors, think-tanks, energy management students from across the U.S., and the media.

The roundtable opened up with an overview of an article in National Affairs written by Dr. Eric Claeys, professor at George Mason University, entitled “The Case for Shale.”

Dr. Claeys stated: “And so far, critics of shale production seem to be gaining the moral high ground. They indict shale production in moral terms. Unconventional energy producers are accused of ‘polluting’ sources of fresh water and the air, and of ‘exploiting’ the landowners from whom they lease. By contrast, defenses of shale production are fairly apolitical, often resting on economic statistics about wealth and jobs. To date, however, the shale revolution’s supporters haven’t developed or effectively publicized an account of why the shale revolution is also just, a success story on a moral level as well as an economic one.” —  I highly suggest every concerned citizen read Dr. Claeys article.

Dr. Claeys ends his article: “In a community in which anti-fracking rhetoric dominates, life and politics are characterized by scarcity and fears. That climate denies everyone—workers, consumers, landowners—opportunities to help themselves. By contrast, in a system of free enterprise, owners use their land to make their own lives better, and everyone benefits when energy companies increase the supply of energy available for all. The shale revolution needs more champions who can remind American citizens why. And so does the American system of free enterprise generally.”

In December 2011, I was quoted by Paul Wiseman of the Midland Telegram, Midland, Texas, about the importance of public energy education and the need for each energy company to become involved. Loren Steffy, a business columnist at the Houston Chronicle at that time, commented on this article on his blog, saying, “One of the questions I am asked most frequently when I speak to the industry groups pertains to the industry’s image and what can be done about it. I usually find myself talking about how the industry has done a poor job…and how because much of the energy industry has little contact with the public, the only time it finds itself in the spotlight is when something goes terribly wrong.”

Why should we care? Future generations are depending on us to keep the American dream alive!

The roundtable was followed by a reception/dinner honoring Richard B. “Dick” Williamson, Chairman of the Board of T.D. Williamson, Inc., Tulsa, Okla., Lifetime Achievement Energy Advocate of the Year; and Kurt Abraham, Editor/Chief Forecaster, World Oil, the Energy Advocates Journalist of the Year. Kurt Abraham was the keynote speaker. Dr. Tim Coburn, Director of Master of Energy Business Program, University of Tulsa, served as Host Chairman/Master of Ceremonies.

Next year, the 25th Anniversary of the IEPC will be held in Oklahoma. Information will be announced and updated on www.energypolicyconference.com.