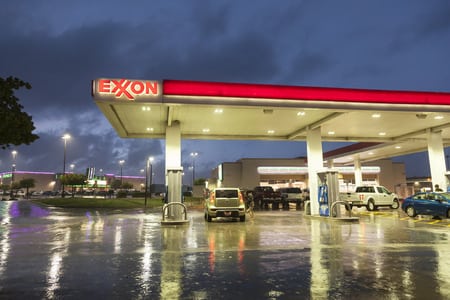 ExxonMobil expects that the downturn could affect the value of roughly 4.6 billion barrels of oil reserves.

With the oil price hovering around $45, many companies have found that it is not profitable to produce certain types of oil, which cost more to extract from the ground. As such, certain oil and gas reserves that are relatively expensive to extract must be reevaluated to establish a more accurate value.

Despite the widespread reduction of asset values in the oil industry, ExxonMobil resisted writing down their assets, insisting that the value of its oil and gas reserves were accurate. However, New York attorney general Eric Schneiderman was not swayed, and he launched a probe to determine whether Exxon was appropriately accounting for its assets in a market downturn. The probe was also intended to find out if Exxon misled investors about the effect that climate change regulations will have on future operations.

A few days after the attorney general’s announcement in September, the Securities and Exchange Commission decided to get involved, announcing that it was also investigating Exxon’s asset valuation practices.

It seems that the combination of pressure exerted upon Exxon by these authorities convinced the firm that it may need to reevaluate its oil and gas reserves.

“Certain quantities of oil, such as those associated with the Kearl oil sands operations in Canada, will not qualify as proved reserves at year-end 2016,” the company stated in its third-quarter earnings press release. The company stressed that if the oil price continued to stay at its reduced level for a prolonged period of time, more North American assets would have to be written down.

Exxon reported third quarter earnings of $2.7 billion, a 38% decrease from the previous year’s earnings during the same period.