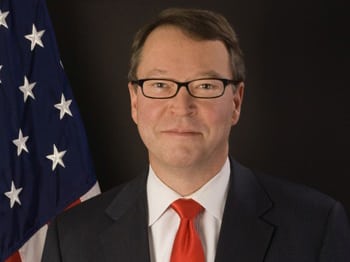 Moeller, at a PJM Interconnection Grid 20/20 conference on natural gas-electric interoperability in Audubon, Pa., said he does not know where the pipeline will be needed, or when it will need to be built, but “you can’t assume that you can snap your fingers and get that built because it is exceedingly hard to do so, and it’s getting harder.”

Citing increasing pressure from the public against natural gas pipeline development, Moeller said: “That tells you that infrastructure is going to get harder and harder to build, and the EPA needs to recognize that as they deal with a time line and compliance plans where pipes and wires are challenging to build, that has to be taken into account as part of their approval of the state implementation plans.”

The Clean Power Plan’s proposed building block two would reduce emissions from the most carbon-intensive power plants by replacing generation at those power plants with generation from natural gas combined cycle (NGCC) units, with a primary capacity factor goal of 70% for any given state’s NGCC fleet.

“Waiting for the Clean Power Plan rule to be released is putting everyone in kind of a holding pattern as we [wait to see] what the timing will be, what the specifics will be, [and whether we] will have issues related to seems with states,” he said. “Supposedly, by September, we’ll have some more definitive ideas as to where that Clean Power Plan will go.”

The EPA in January announced it would be prepared by the end of the summer to release final rules for existing power plants in states, Indian country and U.S. territories, as well as carbon pollution standards for new, modified and reconstructed power plants. Currently, the EPA’s proposed due date for states to submit compliance plans is summer 2016, with compliance beginning in 2020.

During the Grid 20/20 conference, Moeller advised stakeholders to bring to FERC’s attention any concerns about natural gas-electric coordination “earlier rather than later.”

“Those of us who can make a change and prevent a problem, particularly with this gas-electric interdependency issue, it’s our duty to do so, because it will beat the alternative of having it imposed on us by law makers, who, while trying to do the right thing, will include unintended consequences in their efforts,” Moeller said.

Speaking on an energy industry challenges panel during the conference, Andy Ott, executive vice president – markets, PJM Interconnection, said that one of the greatest challenges facing the U.S. power industry is the need for flexible generation resources that can respond to dispatch instructions in order to replace the generation resources that will be retiring in the coming years.

“As we get into constrained operation and heavy weather operation, the power industry needs more flexibility,” Ott said. “What we have seen, and what I see as an unresolved issue, is that as the [natural] gas system becomes more and more constrained, flexibility is at a premium. There has to be some reconciliation of this situation.”

According to Ott, operational constraints for natural gas pipelines and resources have been consistent over the past two winters.

“In November [2014], [the natural gas units] would be able to run a three-hour duration – they were very flexible resources,” he said. “Once we got into the winter operation, where the gas system was constrained, suddenly those units became very restricted.”

Ott also noted that the electric industry and the natural gas industry currently are going through dramatic changes.

“There’s a lot going on for both sides,” he said. “We need to pay a lot more attention to that moving forward.”

He added that both industries will need to focus on year-round gas operations in the coming years and create organizations that fundamentally understand the natural gas situation for every generation unit and the pipelines so everyone has access to that information.

FERC in mid-April issued a final rule designed to improve coordination of wholesale natural gas and electricity market scheduling in light of greater reliance on natural gas for electric generation.

The final rule adopted two proposals submitted to FERC by the North American Energy Standards Board to revise the interstate natural gas nomination time line and make conforming changes to their standards, including moving the timely nomination cycle deadline for scheduling gas transportation from 11:30 a.m. central time to 1 p.m. central time, as well as adding a third intraday nomination cycle during the gas operating day to help shippers adjust their scheduling to reflect changes in demand.