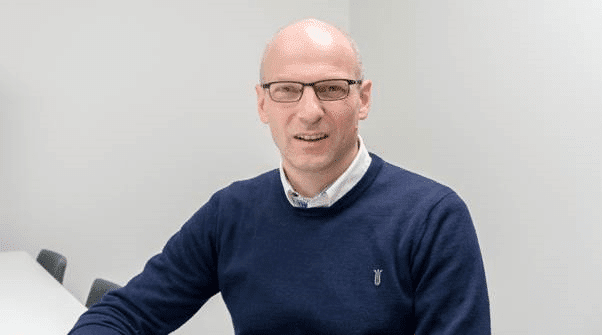 Digital this and digital that. These are indeed exciting times for the oil and gas industry. There is growing optimism for those involved in digitalization of the industry. We sat down with eDrilling’s COO, Sven Inge Odegaard, to hear his view on the topics of digital twin and platform.

Toni Fadnes: As one of the co-founders of eDrilling, is 2018 a special year for you?

Sven Inge Odegaard: I guess so. This year our technologies turn 25, and our company 10 years. And since our first digital twin back in 2008, we have now passed 100 digital twins.

TF: Digital Twin: Doesn’t everybody have one?

SO: Unfortunately, for the oil and gas industry, not yet. Introduced by Michael Grieves at the University of Michigan in 2003, in oil and gas drilling it means the digital representation of the physical downhole reality. Most service companies say they offer it, but, as for now, it is seldom more than a rebranding of what they’ve already had for a while.

TF: What are the benefits?

SO: I often refer to Formula 1 racing to explain, especially at the CXO level. A Formula 1 team uses data from hundreds of sensors wired in the car, harnessing data and using algorithms to make projections about what’s ahead, and apply complex computer models to relay optimal race strategies back to the driver. Ultimately, to drive faster and safer.

In our industry, having a digital twin of your well, pairing digital and physical data combined with predictive analytics and diagnostics, improves accuracy in decision making and results in real and lasting safety and efficiency gains.

TF: With obvious benefits like these—how come it is not yet implemented industry-wide?

SO: Well, I guess several factors. For one, some are mistaking digitization for digitalization. Whereas digitization is the process of converting information into a digital format, digitalization is about using new technologies to plan, prepare for and drill smarter for better and cheaper operations and do things that were not possible before. The former is a tech project, and the latter is a change project.

Moreover, on the boards and drill floors of E&P companies, there is still a majority of digital immigrants. Digitalization is a company-wide transformation; you need everyone from the board to the drill floor, and anyone in between, to be successful.

TF: In your view, what characterizes those successful employing a digital twin in their drilling operations?

SO: Two things, really. Firstly, they think about the well life cycle as one continuous process—and adopt and adapt technologies and workstreams accordingly. Secondly, they tear down the silos. Internal silos, but also the various “islands” of service companies, involved in drilling operations. From planning, through preparation and training, to actual drilling of the well.

In short, they are thinking platform. Think of it as Windows, or an Amazon Marketplace, of drilling [operating] by incentivizing or forcing the ecosystem to create and integrate Applica­tion Programming Interfaces (APIs). [This is] in stark contrast with the “old” world, where both software and hardware were designed as “black boxes,” intended to lock customers in and keep competitors and new entrants out.

TF: Indeed, now every service company has launched their platform?

SO: Again, I wish it was that easy. The same way making your data available in the cloud just creates a big data graveyard in the cloud, if nothing is done with the data, just providing access to the code does not create a platform.

That said, the E&P companies ahead of the curve on digitalization are creating application networks—plug-and-play infrastructures if you like—embracing the next step of applying the company’s wealth of data to optimize the process of drilling a well [and] leaving spreadsheets, proprietary software programs and excess email in their wake. 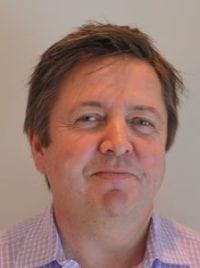 Toni was previously a Director and President at Merrick, and Chairman of the Board of Croxus, the Consumer Field Director in Microsoft Corporation, the COO of Microsoft Norway, and General Manager Consumer & Online Microsoft Norway. Fadnes holds a Master in Management Science from the University of Manchester.