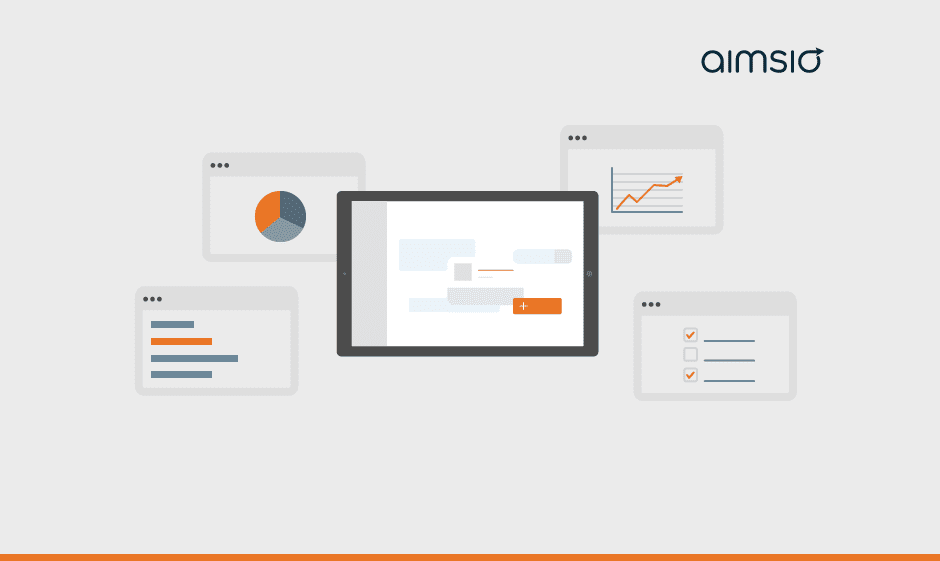 Last year’s tumultuous oil prices saw WTI and Brent both start the year at over $60 for the first time since 2014, the benchmark year for pre-crash prices. Hopes of a true price rebound began to grow as both commodities hit four-year highs several times throughout 2018. For an online archive of how intense the hype became, simply search “will oil prices reach $100 again.” The result is pages upon pages of industry and finance headlines examining the possibility of $100 barrels — the overwhelming majority of which were published in 2018. While the consensus was split, optimists were about to learn a lesson in false hope. WTI and Brent closed the year well below $60 per barrel, prompting the U.S. Energy Information Administration (EIA) to reduce both its 2018 and 2019 forecasts in early December. To add insult to injury early this year, 2019 forecasts were further reduced, along with 2020 forecasted prices. If additional evidence was necessary to illustrate that low prices are the “new normal” for the O&G industry, Q1 of 2019 provided a solid case.

O&G producers and service companies don’t need to reinvent the wheel in order to reduce operational costs. The most capital-intensive
projects in the industry have proven digitization as a model for reducing operational costs. In this article, we take a look at what analysts learned from the industry’s digital pioneers before examining how to scale the same principles to reduce costs and safeguard profit margins in the face of unpredictable market prices. 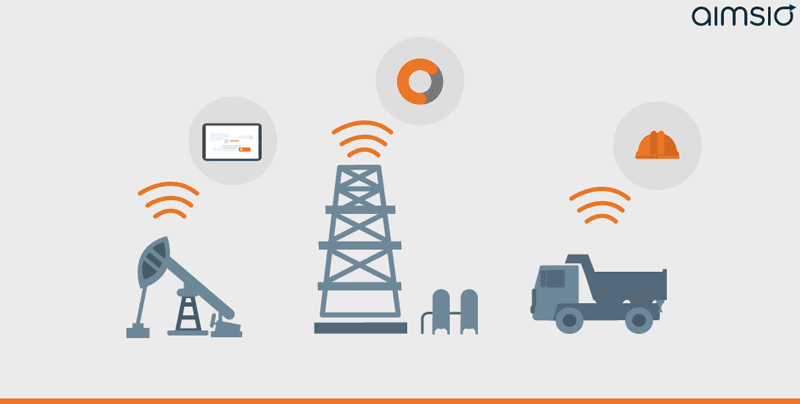 Logically, cost discipline has been the dominant business strategy of O&G producers since 2014. Any hope of realizing profit in the face of dwindling revenues required significant reductions in what was already one of the biggest upstream cost risks: operational costs. The upstream companies that were able to weather the latest price crash found ways to trim the fat and implement lean operating principles. However, this was not the case for the biggest ventures in oil and gas extraction: offshore rigs. Whether it was a response to the 2008 crash or simply the capitalist pursuit of profit, stakeholders in these mammoth projects had already identified, refined and implemented new ways to reduce operational costs.

How did they manage? By embracing the next step in the evolution of industrialization: digitization.

It was mid-2014 when McKinsey & Company published a whitepaper titled “Digitizing Oil and Gas Production.” Using North Sea offshore rigs as benchmarks, they observed that while production efficiency had dropped in the past decade, the performance gap between industry leaders and all others had nearly doubled between 2010 and 2012. Looking for what sparked the differentiation, analysts examined the role of technology. Production was considered “digitally-capable” at this point, with any average offshore rig using upwards of 40,000 sensors to collect massive amounts of complex data. So how did the leaders manage to pull away from the pack? By successfully integrating all that data.

The E&P companies that were able to use data effectively increased production efficiency by ten percent and saw $220 million to $260 million dollar increases to their bottom line. And remember, this shift occurred before the 2014 crash in oil prices. The advantages gained through production efficiency became exponentially more valuable in the face of shrinking revenues as global oil prices plummeted. 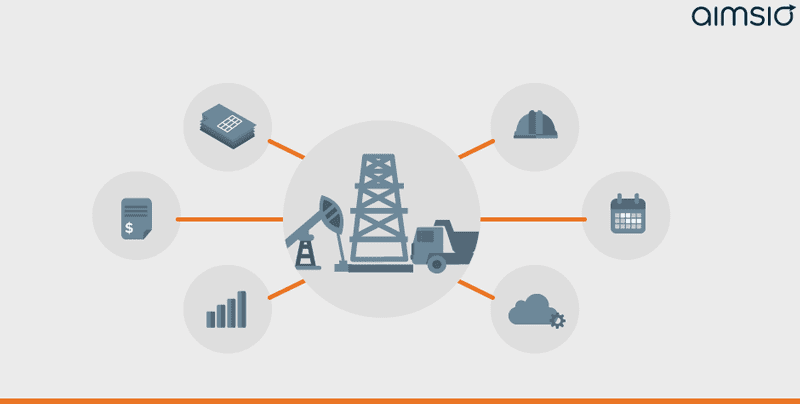 What Does “Successful Integration of Data” Mean?

Data can be used in a lot of ways, from reducing unplanned rig downtime by informing predictive maintenance schedules, to enabling the complete automation of complex, unconventional drilling maneuvers. In fact, automation (the conversion of manual processes to automatic ones) is presently the ultimate means of utilizing data to increase efficiency. Where the Industrial Revolution was marked by the use of iron to enable mechanization, the digital revolution of the 21st century requires vast amounts of data to enable the next step in our tech evolution: automation. Five years ago, when McKinsey & Company identified automation as a “clear competitive imperative” for the O&G industry, prices were over $100 per barrel and the case for large capital investment in new tech was a hard sell. However, in the new normal of sub-sixty dollar barrels, the urgency of automation is clear. 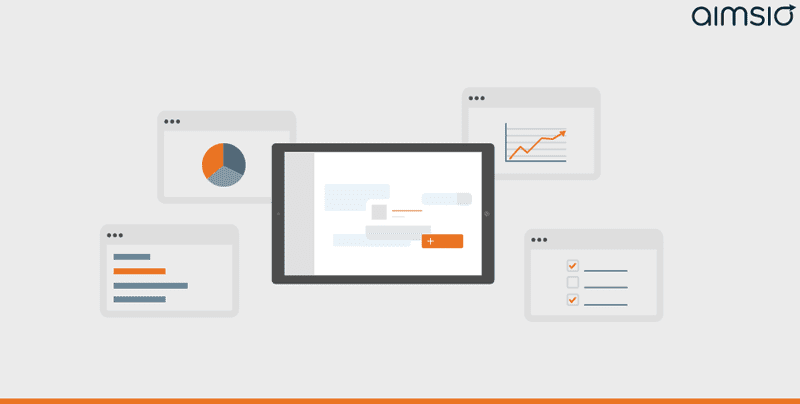 As previously mentioned, automation requires data – and lots of it. Operations such as rigs and refineries are rife with data-capturing opportunities: every sensor, gauge and meter can go from simply displaying information to storing it. However, indiscriminate data collection is unmanageable and will certainly not lead to production efficiencies. Before the rigs examined by McKinsey & Company increased profits by $200 million through intelligent data integrations, stakeholders began with a vision for how the information would be used. This way, only digital outputs that furthered the end goal were selected for collection. 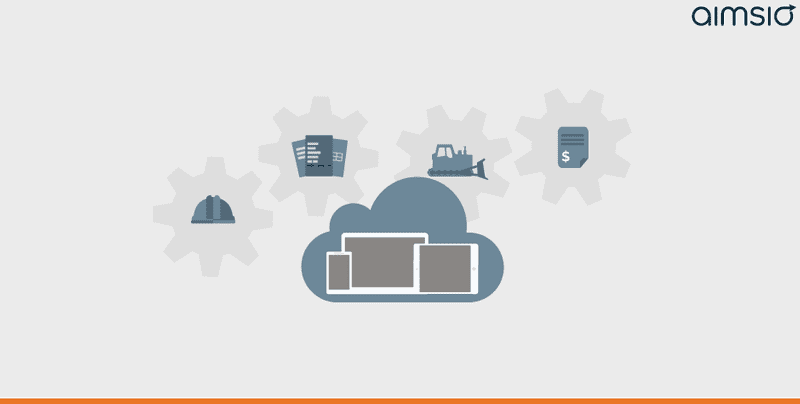 Scaling Down: The Path to Automation for On-Shore Producers and Service Companies

Various automations are available to O&G production and service companies without the need for data collection or other R&D. These ready-made solutions reduce operational costs for some common standard processes such as executing a slide or scheduling tool maintenance. If you can purchase the tech, you are able to reduce operational costs. These products are good for your bottom line but they do not result in a true competitive advantage. Pulling away from the pack and creating the significant production gap achieved by the leaders in our case study requires vision, creativity and asking the right questions. Where are the opportunities in your operations? Where is data not being captured? Or, which processes fail to leverage captured data? These kinds of questions produced a proven digital model that also performs at smaller scales. Careful examination of your processes will also lead to a well-informed digital roadmap for reducing operation costs. Consider what can be learned from the timing of the industry leaders in the McKinsey & Company whitepaper as well. Rather than reacting to market changes, these innovators made proactive capital investments before the need was even apparent.

There’s another advantage to following in the footsteps of giants — you don’t need an in-house team of programmers to create bespoke software tools. Thanks to third party specialists, every step of digitization — from the overall vision to field execution — is guided by experts. The management of field crews is one of the biggest opportunities to capture data and improve processes through automation. Even as the digital revolution permeates all other aspects of E&P, field operations remain heavily dependent on paper, leading to revenue leakage and high operational costs. The disconnect between the field and the leadership team results in information lags and errors, making effective cost management impossible.

At Aimsio, we’re familiar with the challenges you face when it comes to managing remote field operations. We also happen to be specialists in creating digital solutions for O&G producers and service companies. To see how our platform makes real-time cost management possible by capturing data in the field, head over to www.aimsio.com.