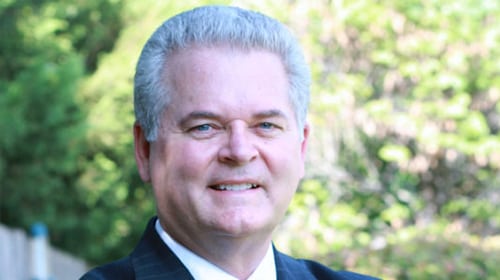 At the 2004 International Energy Policy Conference in Tulsa, OK, the main focus was on the subject of geopolitics. Fourteen years later, the focus is on the global energy outlook with an emphasis on geopolitics.

As of the week of May 7, 2018, oil prices reached 3 ½ year highs. During the same time frame, regional tensions were heightened in the Middle East.

Geopolitical tensions impact all of us. OPEC (the Organization of Petroleum Exporting Countries) has made a “pact” to limit production and that could all change at the upcoming OPEC meeting to be held on June 22. By the time that you read this column, the meeting will have occurred.

Russia and Iraq are among the countries that want a stronger share of the market. Saudi Arabia appears to be leaning towards extending the OPEC agreement.

It is believed by many energy experts that Saudi Arabia wants the prices to go higher than current prices especially as it prepares for an IPO (Initial Public Offering) of its state-owned oil and gas company, Saudi Arabian Oil Co.

Issues that could impact the global market such as the possible tariffs by and between the U.S. and PR China. The U.S. Administration has invoked Section 232 of the Trade Expansion Act of 1962 which authorizes trade restrictions on imported products especially if they involve national security. An analysis by the U.S. Department of Commerce concluded that the current levels of steel imports, for example, posed a threat to national security.

With all the geopolitical uncertainty, it makes it difficult for energy companies to develop strategic plans. Will prices stabilize? Will the prices fall or rise dramatically?

As a recent article by Lingling Wei (WSJ) states that the U.S. and the People’s Republic of China alone, “differences suggest that rather than a breakthrough, Washington and Beijing are likely in for a long haul of recurring talks, economists and analysts in both countries said.”

On the U.S. home front: During the last week of May, 2018, there was a plan proposed to “rescue” nuclear and coal-fired power plants regarding market share. The proposal by the U.S. Department of Energy is being reviewed by the White House. How will the proposal impact demand for natural gas?

The current energy outlook is best summed up by Sarah McFarlane (WSJ), “OPEC and its ability to move prices isn’t a new factor. But the addition of U.S. oil exports has added another large supply stream that can respond to price signals. Shale producers can react to price moves within months, whereas other sources of crude—such as deep water oil fields—can take years.”