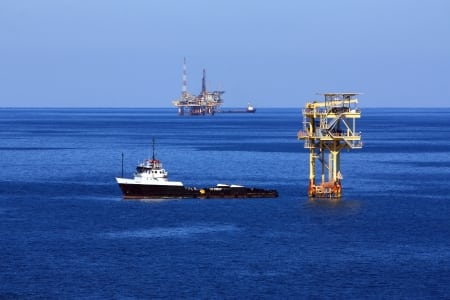 If Sen. Bill Cassidy (R-LA) gets his way, Alabama, Louisiana, Mississippi, and Texas will receive extra offshore gas and drilling royalties from the American Energy and Conservation Act. Currently, the four states receive 37.5 percent of the offshore drilling revenue, which is capped at $500 million a year. Under Cassidy’s bill the cap would increase to $835 million by 2027.

“I think Republicans are on board,” Cassidy said. “We put a lot of things in there that would be appealing to Democrats, and President Trump can do a lot of this by executive order.”

To sweeten the deal for Democrats, Cassidy proposes more money channeled to the Land and Water Conservation Fund. He added offshore windfarms could be a potential revenue share as well.

However, Sen. Bill Nelson (D-Fla.) believes the measure is a threat to Florida’s coastline and opposes the legislation. Florida has a ban on offshore drilling in the Gulf within 125 miles of its coastline that expires in 2022. Florida is not included in Cassidy’s legislation, but Nelson’s position is, if you increase royalties to neighboring states, that would give Florida’s congressional leaders an incentive to open up waters to drilling when the state revenue runs lean.

“The pressure builds on Florida to get more revenue and therefore they don’t look at the tradeoffs of oil on our beaches and damage to our environment, etc.,” Nelson said.

Cassidy is calling this an energy jobs bill, and he added revenue sharing allows Louisiana to rebuild and maintain a healthy coast and in turn support American energy security.

Even though there are items in the bill that both sides of the political aisle find attractive, there is strong concern and opposition from government watchdog groups who are concerned that the untapped shale, oil, and natural gas reserves means more offshore drilling. They would prefer that offshore drilling revenue go to reducing the national debt and to programs that benefit taxpayers.

Nelson is also concerned that more drilling would increase the chance of another 2010 Deepwater Horizon oil spill. He said the spill decimated Louisiana’s tourist-driven economy.

Cassidy has support from GOP leaders and intends to introduce the stand-alone bill if he can get the votes. Nelson successfully thwarted a similar measure from an energy bill that was passed this spring, and he said he’ll invoke a filibuster rule that will require approval from 60 of the Senate’s 100 members to get a floor vote.