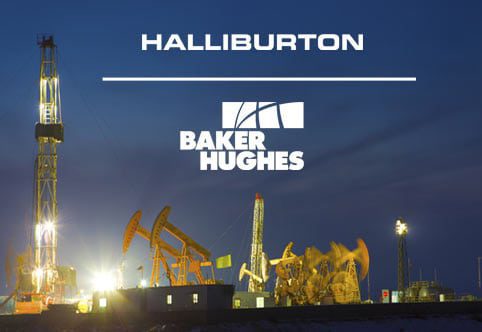 On Wednesday, the proposed merger of the No. 2 and No. 3 oilfield services firms was derailed again by the U.S. Department of Justice (DOJ), which filed a civil antitrust lawsuit in the U.S. District Court for the District of Delaware.

The deal has been complicated by regulatory reviews since 2014, and is “unfixable,” according to Assistant Attorney General Bill Baer of the DOJ’s Antitrust Division. Baer said in a statement that the merger would undermine “meaningful competition.”

Both companies have promised to fight for approval of the $35 billion cash-and-stock merger even though many industry experts believe the deal faces overwhelming antitrust issues.

In a combined statement, the companies vowed to “vigorously contest the [DOJ’s] effort to block their pending merger. The companies believe that the DOJ has reached the wrong conclusion in its assessment of the transaction and that its action is counterproductive, especially in the context of the challenges the U.S. and global energy industry are currently experiencing.”

On a call with reporters, Baer defended the DOJ’s decision to file suit against Halliburton.

“Competition in the oilfield services industry is critical to our economy,” Baer said. “Competition leads to safer ways to extract oil and gas, to more efficient methods for drilling and it keeps down the cost of producing a barrel of oil. The American public cannot be asked to bear the risk that these benefits will be lost.”

The announcement by the companies had a positive effect on Wall Street. Halliburton shares rose 6.4 percent, while Baker Hughes share rose 9.3 percent.

The companies had created a complicated mix of divestitures in an effort to appease the DOJ and concerns regarding antitrust issues, but in the long run, those changes were not enough for DOJ officials who called the plan “complicated and convoluted.”

While Halliburton could possibly save the deal by selling assets of concern to agency officials, the merger also faces hurdles around the globe, including in Europe, where the European Commission halted review of the merger for the third time claiming that crucial details of the deal were omitted.

While the DOJ continues to express concern regarding the creation of a possible duopoly with oil services leader Schlumberger, Halliburton and Baker Hughes vow to continue the fight.

“The proposed merger of Halliburton and Baker Hughes is pro-competitive and will allow the companies’ customers to benefit from a more flexible, innovative, and efficient oilfield services company,” the press release stated. “The transaction will provide customers with access to high quality and more efficient products and services, and an opportunity to reduce their cost per barrel of oil equivalent.”