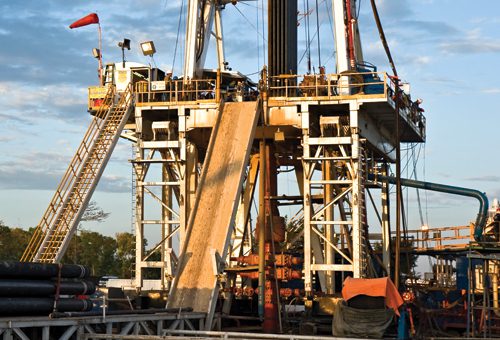 Common thought is that the Haynesville Shale natural gas play is over. Pack up your trucks and move to another shale play. False. What the media portrays, might not be the correct facts. Indeed, the Haynesville did see a mass exodus starting in early 2012 due to natural gas prices dropping to an historic low of $1.81. What caused this drop in price? What can help the prices rebound?

As a reminder, the Haynesville Shale saw a rig count rise to 139 in 2010-2011. This was a direct result of having an abundant supply of dry natural gas in the ground, $12-$13 natural gas prices, and developing technologies to retrieve these resources. As the exploration and production companies moved into the Haynesville Shale region, the natural gas market became inundated with supply. As the demand was much lower at the time to utilize the supply, the market experienced a great drop in price with the rig count following suit.

However, the Haynesville Shale play is far from over. Reports say that roughly 30% of the resources have been recovered from this particular play. While over 2,500 wells have been drilled with over 2,200 of those producing dry natural gas, the price must continue to tick upward in order to see rigs return to the Northwest Louisiana area. Since 2012, the market has now moved in a positive direction, as natural gas prices are now well over $4.00 and the Haynesville rig count is hovering in the 20’s.

Three functions of the market will bring natural gas prices back up to a stable place. First, the current manufacturing renaissance in Louisiana will be a needle mover for the natural gas industry. The petro-chemical industry operates on natural gas as a baker does with flour. Over the next five years, the manufacturing industry will be demanding nearly four times the amount of natural gas a day that the largest producer in the Haynesville Shale was extracting a day in 2011.

The second market driver of natural gas usage is power generation. In July of 2012, for the first time in United States history, natural gas surpassed coal as the chief power generator. Over the next several years, many older coal and nuclear plants are being taken off line and replaced by natural gas. The third contributor to natural gas demand is the exporting of liquefied natural gas (LNG) around the globe by companies such as Cheniere Energy from their facility in Cameron Parish. Cheniere will have the capability to ship LNG by tanker to the Asian and European markets where natural gas trades at nearly four times the price of the United States market. It was just six short years ago that the United States had a shortage of natural gas. Nearly 50 import facilities were being constructed to bring in natural gas to the United States, whereas today, over a dozen facilities are in the federal approval process to construct additional LNG export locations.

While weather might drive up the price of natural gas, this is merely a temporary climb. Sustainable natural gas prices higher than $5 will bring back that encouraging site of rigs towering across our rural and urban horizons in Northwest Louisiana.