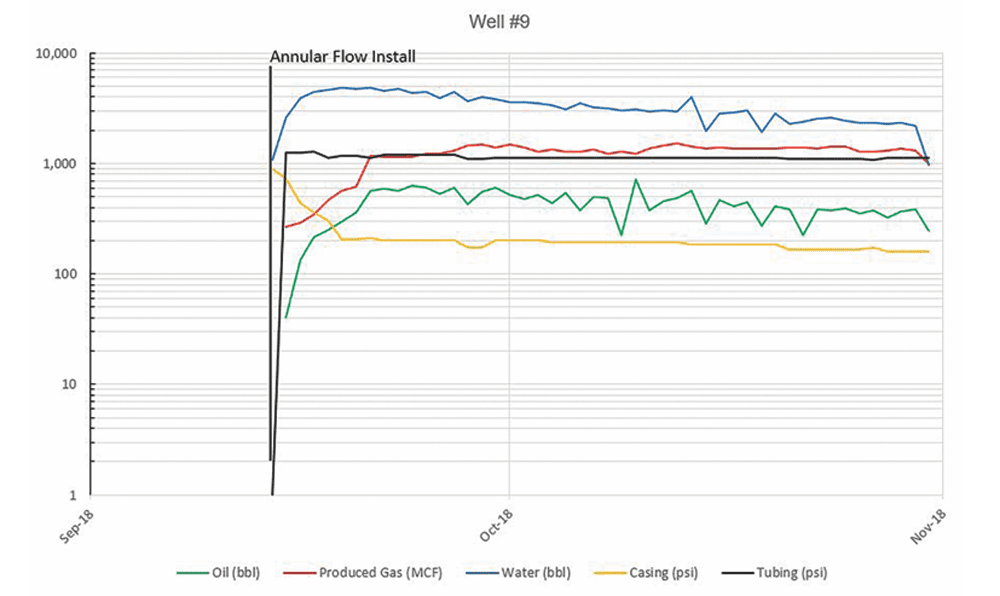 Even after the prep work is finished and product recovery has been initiated, there is still no surefire way for oilfield exploration and production companies to confidently know how much and for how long their wells will produce recoverable oil and natural gas. There’s a simple reason for that: no two wells, even if they are located yards from each other, possess the same production and life cycle characteristics.

While this uncertainty can be frustrating for oilfield operators who must show their investors what their capital investment is actually buying them, it does create some opportunities. Namely, the opportunity for oilfield engineers to employ outside-the-box thinking when identifying ways to flatten each well’s inevitable decline curve, which will result in predictable production rates and higher monetary returns over a longer period of time.

A United States-based energy company operates wells in Texas’ Permian Basin, specifically Pecos County in the Southern Delaware Basin’s Wolfcamp A and Wolfcamp B formations. Most of the drilling sites are horizontally fractured wells with depths between 9,500 and 10,500 feet with FBHP (flowing bottom-hole pressures) from 5,000 to 6,000 psi. On average, each well has 50 fracking stages and requires 2,250-2,500 pounds of sand per foot and 60-80 barrels of water per foot.

The wells generally have strong bottom-hole pressures, but fail to flow naturally for an extended period of time. This means that they will require some form of flow-optimizing artificial lift earlier in their operational window. For example, the characteristics of Southern Delaware wells are such that they may only flow for 90 to 120 days before needing artificial lift, while wells located a handful of miles away may flow for more than two years before requiring intervention.

The most effective artificial lift system in this area has been one that features an ESP (electrical submersible pump) installed in the well. However, this approach can be problematic for three reasons:

For a potential solution, the producer reached out to Apergy, a leading provider of artificial lift technologies, to help oil and gas production companies optimize their returns safely and efficiently. The main request was a challenging one: Draw as much oil and natural gas out of the well as possible in the first 90 days of operation, while reducing LOE over the well’s production life cycle.

The client was not averse to using costly alternative lifts if reaching the goal of maximized production rates could be realized, but Apergy’s oilfield engineers knew there had to be a more cost-effective way to attack the problem. So, they developed a four-pronged approach to introducing gas lift to a series of 10 Wolfcamp A and B wells.

The trial involved introducing to the wells at four specific points during their lifetimes a gas lift system that featured annular gas injection:

The first two options were not a radical departure from accepted norms. Options C and D, on the other hand, are solutions that few production companies will consciously choose to implement.

Well No. 1 began producing in February 2017, but by the end of April was beginning to experience daily production declines, though water-recovery rates remained steady. Staying on the existing course could mean an early death for the well, but when Annular Gas Lift was installed at the 90-day mark, the production curve bumped up and remained steady, save for some small peaks and valleys, through June 2018.

Well Nos. 2 and 3 were a similar story to Well No. 1: strong early production that tapered off before the 90-day mark, when Annular Gas Lift was installed, which stabilized production. Annular Gas Lift valves were installed after only 15-45 days of operation. The result was a more gradual decline in production rates over the following months of operation. In fact, the wells’ returns beat the engineer’s forecast by such a wide margin that they were used as an example shown to investors of how ROI could improve with this well setup.

The wells using Option C were the results the engineers were really anxious to see since the setup – the Annular Gas Lift application deployed from the first day of the wells’ operation – was a departure from accepted norms. All three wells began operating in 2018 and the results have been similar – strong production rates from day one that have continued with only small valleys experienced. If there has been one standout performer, it has been Well No. 7, which showed an absolutely negligible decline curve over its first three months of operation.

The last wells had Annular Gas Lift valves installed with injected gas within the first few days of flowing. The return has been so impressive, the decline curve so negligible and the LOE so optimized that the operator has decided to treat all future wells in the Southern Delaware Basin in this fashion.

Several takeaways can be analyzed when considering how these wells performed based on the four different gas lift setups:

In an industry like oil and gas exploration and production that features so many well-to-well variables that must be considered when determining the best way to produce the well, there is simply no one-size-fits-all solution. While many companies continue to rely on alternative high-volume lifts – or wait to introduce artificial lift systems until the last moment before the well loads up – forward-thinking companies are finding that there are some noteworthy alternatives available. Based on the empirical information noted above, one of the more successful approaches is intentionally installing an artificial lift system earlier in the well’s life, up to and including the first day of operation, with the results so far speaking for themselves. 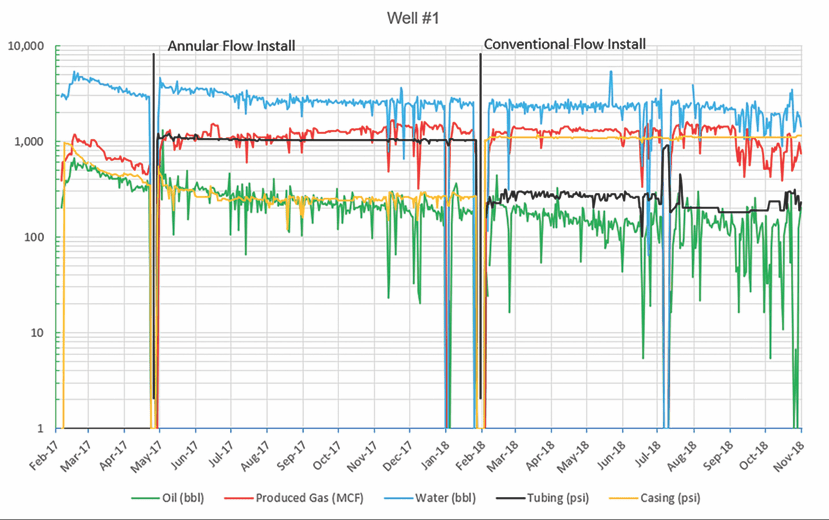 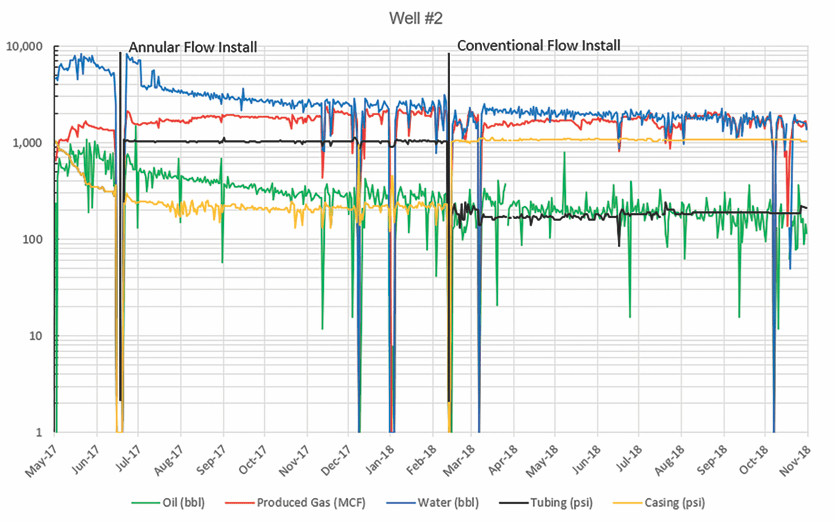 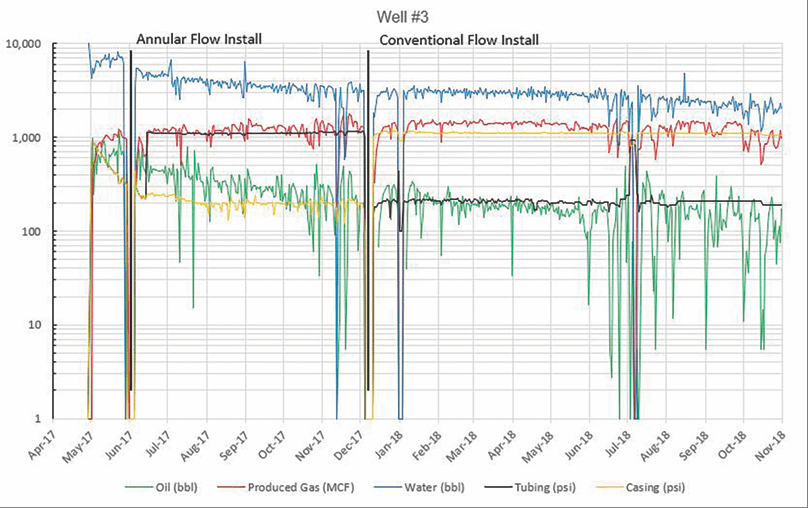 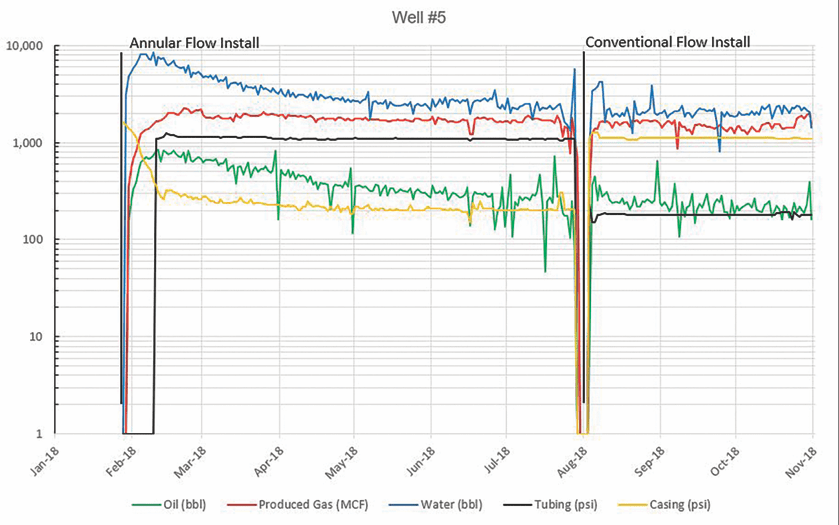 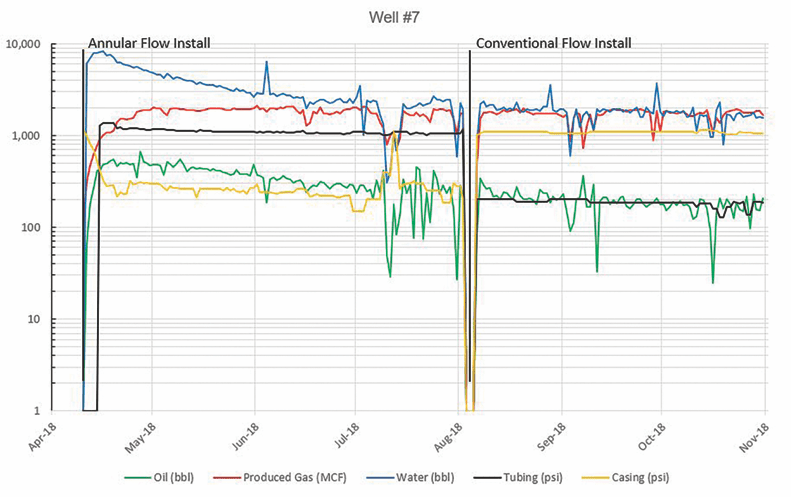 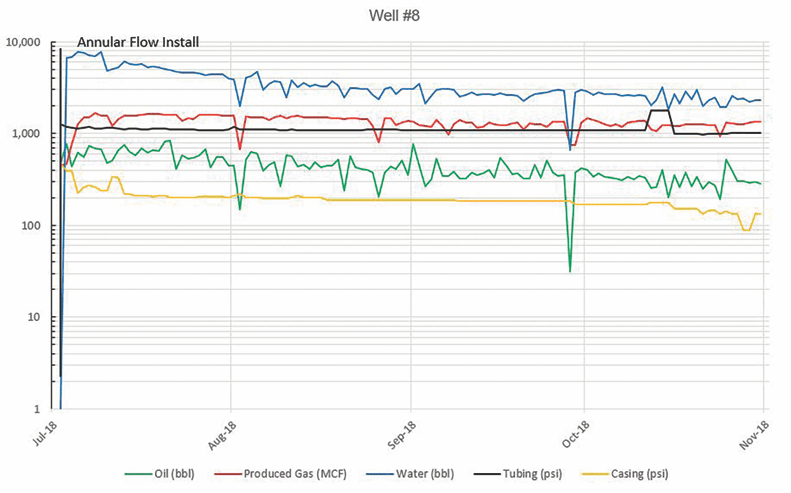 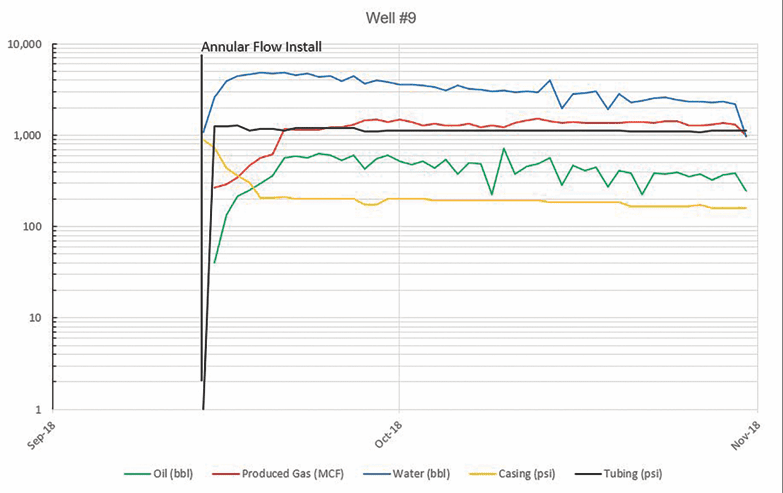 Andrew Poerschke is the Regional Operations Manager for Apergy, Houston, TX, and can be reached at andrew.poerschke@apergy.com.