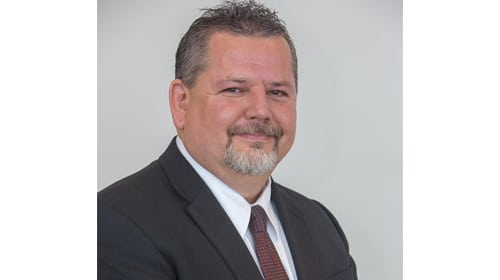 For Tommy San Miguel, founder and CEO of Houston’s SGR Energy, the road to running his own $91-million fuel blending and manufacturing company started, quite literally, on the highway.

Nearly 30 years ago, he hired on as a truck driver, hauling heavy fuel in Texas for a fuel oil trading company called NMM Enterprises.

He was barely out of high school then, with a few credits of community college to his name.

But he was ambitious, smart and savvy enough to recognize that if he really wanted to go anywhere in the oil and gas business, he needed a mentor more than a fancy degree. And David Kramer, who had started NMM after retiring from a similar company, was wise enough to recognize San Miguel’s potential.

Within five years, San Miguel had risen through the ranks at NMM, heading logistics before becoming director of operations. Along the way, he learned the science and fine art of heavy fuel blending—and the business behind it—from Kramer, a veteran of what San Miguel calls the “wild west days of blending fuels.”

“David Kramer was the best blender in the business and I wanted to learn,” San Miguel said. “David knew I could manage things day-to-day, keep the trains running on time. I had to push to be involved in the trade and blend side of the business.”

San Miguel remained with NMM for nearly two decades, until the business shuttered a few years after Kramer’s death in 2008.

After that, San Miguel’s career detoured briefly when he went to work for an Indian polymers and chemicals company. He didn’t stay there long, he said. It wasn’t a good fit. But with a typical mix of candor and confidence, he reframed the experience as a positive: without that misstep, there might never have been an SGR.

“At the time, it seemed like a curse,” he said. “But it was really a blessing, because it was the catalyst for me to do my own thing.”

San Miguel’s “own thing” would be to duplicate Kramer’s business model, selling and delivering proprietary #6 fuel oils for commercial and industrial burning, but on a larger scale. He would go global. The market forces were favorable: increasing demand for heavy fuels for power generation and industrial use in emerging economies in the Caribbean, Central and South America, and Asia, plus a planned expansion of the Panama Canal that would make transporting fuel by ship even easier and faster.

But how would it be possible for San Miguel—a chemist without a chemical engineering degree, a would-be entrepreneur without an MBA—to parlay his experience into a solid, money-making venture? He needed $1 million to do small barge runs of fuel; how could he attract enough investment capital?

In 2011, he pitched the idea for what would become SGR Energy to a friend. San Miguel’s expectations were minimal. He hoped he might secure a $125, 000 loan. As San Miguel explained, the friend had other ideas.

“He invited me to come to Tyler, Texas, to present a business plan to the 13 members of his investment group,” San Miguel said. “These guys understood oil and gas, and they quickly grasped the potential market, especially with new emissions standards worldwide requiring clean burning fuel for power generation and bunker fuel for ships.”

Still, he once again set his sights low. After all, he was trying to sell a theory more than anything else. There were no physical assets and no contracts, only the assurance that the market existed and that San Miguel could capitalize on it.

The group came up with the full $1 million San Miguel needed. SGR Energy was off and running.

With San Miguel as both blender and boss, the company quickly grew its customer base, selling to utilities primarily in the Caribbean but also to some in the Northeast United States. True to San Miguel’s word, the products are so environmentally friendly that when he was caught in an accidental fuel shower, the only thing he had to worry about was getting the smell out of his clothes. A can of cola in the wash did the trick.

The first years were successful enough. With annual revenues in the $4 million to $6 million range, San Miguel was soon able to buy out 10 of his investors. But to reach his global expansion objectives—and his goal of $1 billion in sales by 2020, when new lower sulfur fuel standards go into effect—three years ago he decided he needed to scale up once more. He put together transaction funding to finance SGR’s growth, including an office in Panama and a leasing storage acquisition in Colombia.

Today, the company blends about 150,000 barrels of #6 fuel oil per month and is set to deliver more than 1.5 million barrels to Central America alone in 2018.

In the 30 years San Miguel has been in the industry, he’s weathered multiple price cycles. Because SGR trades off the Platts index, margins are stable with the price of oil, which moderates highs as well as lows. To further mitigate risk, SGR has a sound hedging strategy.

But risk isn’t something that San Miguel seems particularly frightened of.

“Everything I have is in this company,” he said. “But if you’re an entrepreneur and you want to compete with the big guys, you have to be willing to put all of your chips in. Otherwise, you’ll always be a mom-and-pop. You have to put blinders on to the things that can distract you.”

That’s hardly the only lesson learned during three decades in the industry. Even in a commodity business, he said, the value of relationships can’t be overlooked.

“If you get into a person’s heart, genuinely care about them, and make a friend, they’ll do anything for you.”

And that, he said, can help keep your business accelerating into the future.

Craig is a native Houstonian who has spent his entire career in the Oil & Gas Industry. Craig brings over 18 years of experience in Business Development, Marketing, Management, and Sales Training to the company.

Entering the Oil & Gas industry as a recruiter specializing in high-end engineering, project management, and geoscience professionals, Craig was able to learn a tremendous amount about the industry from Deepwater Upstream to Coking Units, and Distillation Towers Downstream. Using Talent Management as a platform, he has been able to advance his career as a trainer, motivator, and leader. Craig has worked with Petrobras, Chevron, LyondellBasell, as well as many large engineering companies to help develop marketing strategies, build sales, and grow their companies.