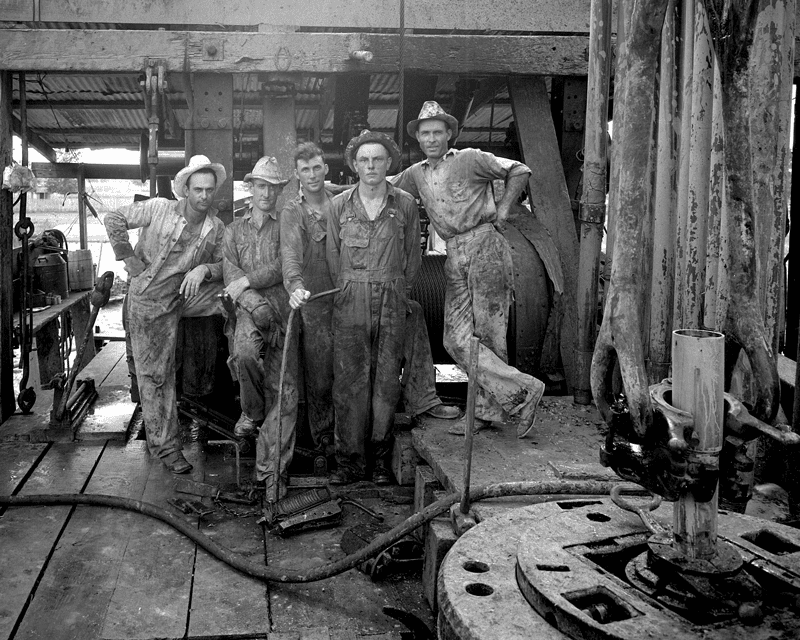 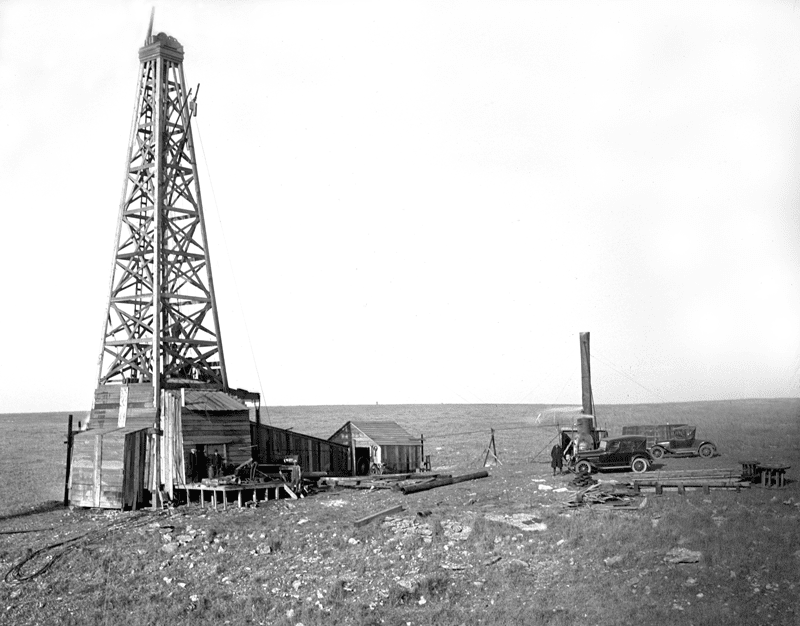 Replacing cable tool technology, (see below from 1918) the rotary rig was a steadily evolving technology by the beginning of the 20th century using a new drilling system including a hollow square fitting to hold the pipe, a belt-driven rotary machine, a fishtail bit, and circulating fluid to remove the cuttings. The patent for this technology was originally issued in 1844 to Robert Beard with an improved version credited to Captain Anthony F. Lucas when he went to Texas to drill for oil at a well-known site called Spindletop. After a series of setbacks, Lucas hit oil on Jan. 10, 1901, and his rotary drilling rig was on its way to becoming an alternative to the standard cable-tool rig. Courtesy of The Sloane Gallery – www.sloanegallery.com – 281-496-2212 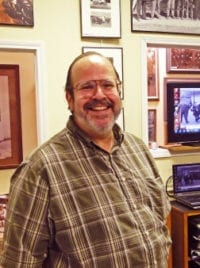