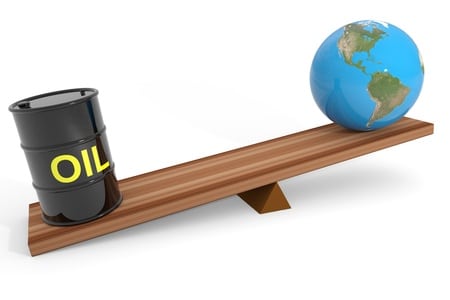 The current conditions in the oil market lead many analysts to believe that the price of oil can rise into the $70’s just next year. However, others are not so optimistic regarding a smooth and swift recovery. Due to increased oil stockpiles and heightened production levels, there could be another steep decline in the commodity’s price.

When listening to some analysts, the possibility of an oil price jump seems inevitable. Indeed, 2017 seems positioned to be the year in which oil will be consistent in its rally. Continually falling production in the U.S. and steadily increasing demand should create a solid foundation in the market for the oil price to rise persistently. Other analysts believe that the oil price will see a steep drop in the third quarter of 2016 before reaching the promised land of recovery.

Despite a considerable decline in the amount of oil produced in the U.S., most investors are skeptical of the solidity of the price rebound for a number of reasons. Tim Evans of Citi Futures Perspective told Bloomberg that “while U.S. production looks weak, there’s only been a modest decline in U.S. inventories.” Inventory levels remain at decade-high levels, and oil imports into the U.S. are 12% higher than last year. The U.S. Energy Information Administration had predicted a higher drop in inventories than the 2.2 million decline that was actually seen, indicating the overall rebalancing of the market could take longer than most expect.

Additionally, Canada has been revamping its oil production, since it was stifled by wildfires, and Russia’s oil production for the first two quarters of 2016 was 5% higher than last year. Data provided by Bloomberg shows that the 25% increase in Iranian production this year nearly entirely offsets any decline in production from the U.S.

Furthermore, OPEC, failing to reach any sort of agreement on stifling the cartel’s production, has consistently been increasing production, further flooding an already saturated market. Stephen Schork, president of Schork Group Inc., properly summed up the situation when he told Bloomberg: “The problem is that OPEC more than makes up for every barrel of lost U.S. production.”

It is inevitable that the market will, at some point in the future, become rebalanced due to the demand for oil evening with the supply, but before reaching that point the price will likely see more turmoil in its recovery.