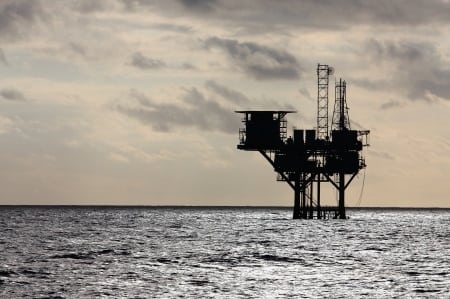 Covington, La.-based LLOG Exploration, and its partners Ridgewood Energy and Stone Energy, successfully drilled an exploration test at the Viosca Knoll 959 Crown & Anchor prospect in the Gulf of Mexico.

The company said in a June 1 statement that the initial exploratory well encountered greater than 50 feet of net oil bearing sand in a high-quality Miocene reservoir.

With the drilling test complete, the company plans to evaluate potential host options for tie-back, an LLOG spokesperson told Oilman on June 3.

“Once we agree to a host, we will begin negotiations on a [production handling agreement],” the spokesperson said. “Then we will go forward and complete the well and begin the tie-back operations.”

The spokesperson said the Crown & Anchor prospect is in about 4,200 feet of water and is roughly 150 miles southeast of New Orleans.

In order to understand the timing for the project moving forward, the spokesperson said the company will focus first on outlining host options.

“We work hard to accelerate our subsea tie-backs, but without a defined host, we don’t have a project schedule set up yet,” he said.

LLOG, which is the largest private producer in the Gulf of Mexico, owns 60% working interest in the discovery. The spokesperson said LLOG has a balanced portfolio of opportunities that mix a range of prospect risk and sizing.

“[The Crown & Anchor] prospect will fall in a subsea tie-back class of prospects,” he said. “We drill a mix of subsea tie-back prospects along with hub-class prospects, which would be larger in scope, but usually have greater risk associated with them. We like to have a balanced approach in our execution strategy.”

The company, in conjunction with its Gulf of Mexico joint venture partner Blackstone Energy Partners, initiated production in mid-April from the Delta House floating production system (FPS) at Mississippi Canyon 254 in 4500 feet of water.

LLOG said in an April 16 statement that the FPS is designed for peaking capacity of 100,000 barrels of oil per day and 240 million cubic feet of gas per day. Delta House is LLOG’s second FPS. The company began production at its Who Dat FPS in 2011.