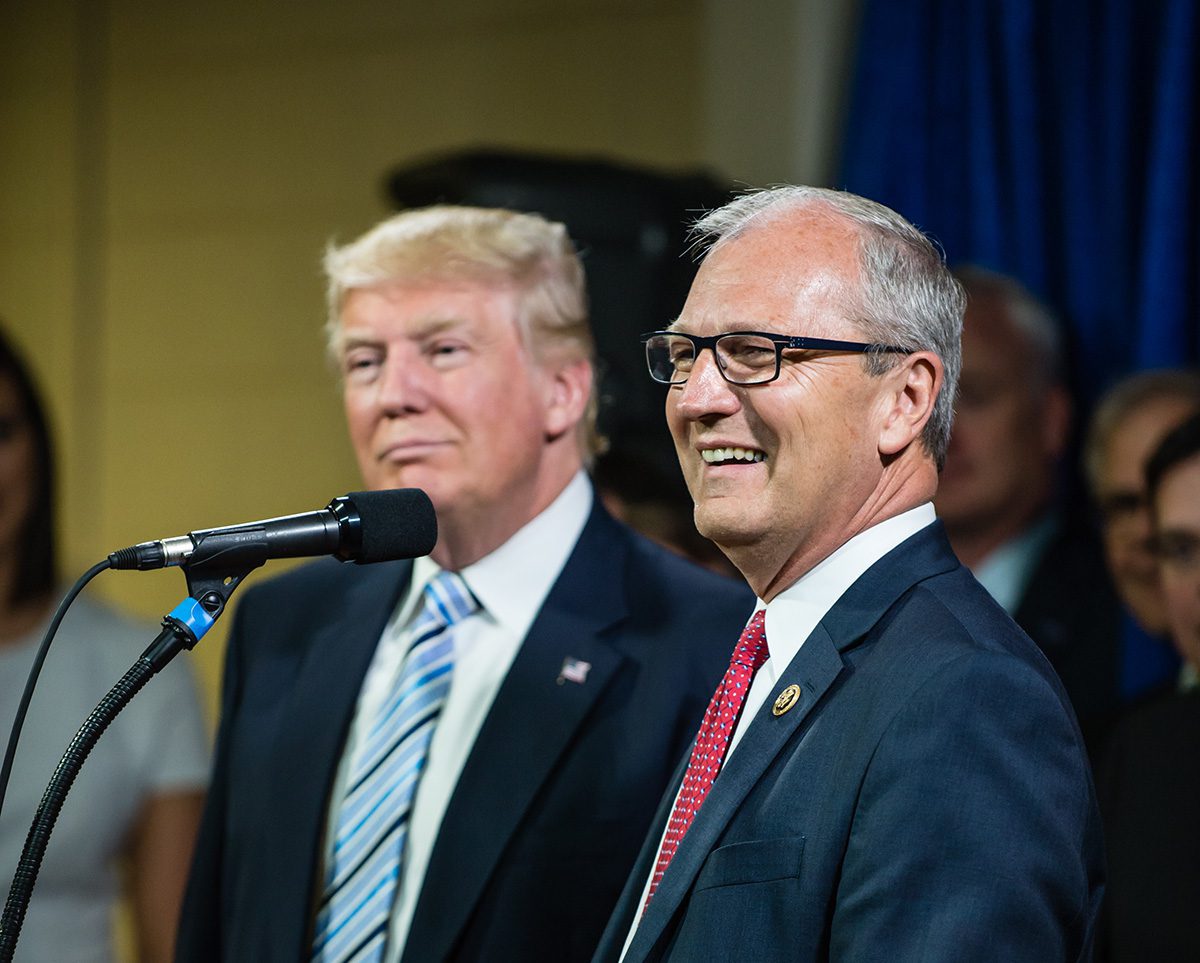 “We’re here today to usher in a new American energy policy,” he declared. The President explained that his focus isn’t so much on “energy independence,” but rather dominance. In fact, the program is being called “American Energy Domination.”

“This is an outstanding development,” Daniel Fine, associate director of the New Mexico Center for Energy Policy at New Mexico Tech said. “Since 1973 we have been dependent on importing oil. After the embargo of 73’ from the Middle East and OPEC, our entire energy focus was whether we were going to have a disruption or not. Who will cut us off next? What do we do?”

The Unites States began conservation methods, alternative fuels and other strategies, like ethanol. “That has all ended,” Fine said. “With a Trump administration we reverse that.”

Fine believes the strategy behind American Energy Domination is already set in motion and could potentially come to fruition in the next 5 years. He also circled back to clarify Mexico’s role in Trump Oil. “Mexico will eventually be included in Trump Oil after the NAFTA negotiation,” Fine said. “Mexico is a buyer of the continent. It imports natural gas, but it does not import oil nor does it export oil to us (United States).” This will create a paradigm shift in the oil and gas industry.

“The North American continent will have its own market,” Fine said. “We will make the price of oil.” Fine believes the West Texas Intermediate (WTI) price will become the North American price. “Trump has announced we are going in that direction and this is an outstanding change from dependency,” Fine said. “The benefit will be that we have stability of price, producers will know the price, speculators will not have much to do with it; the trading of oil will be here, centered in North America.”

He added that whatever happens in other parts of the world will not endanger or threaten our oil production and price.

U.S. Congressman Kevin Cramer (R-ND), who often advises President Trump on energy policies, sees Trump Oil as a boon to American security and its economy. “It’s interesting to me because President Trump, then candidate Trump, took his nationalistic culture on the road and became president largely as a result of that,” Cramer said. “We should be viewing our energy security with a continental approach.”

Cramer continued saying the diversity and differences between the three countries will actual benefit everyone involved.

“Sometimes it is easier to build an export terminal in Canada than it is in the United States,” Cramer said. “Mexico is an emerging economy and is a large buyer of our natural gas. The more we can do to help them develop their economy the more demand there is for our products.”

John Yates Jr, president of Abo Empire, sees Trump Oil stabilizing oil and gas prices for longer periods of time. “This actually happened in the mid-1950s when Eisenhower was President and he saw the need for a healthy domestic oil and gas industry,” Yates said. “By presidential decree, he put quotas on foreign crude and stopped allowing imported crude to come into refineries in the U.S.”

According to Yates, this created an environment with stabilized oil prices from the mid-50s until the 1970s when the Oil Embargo took place. “That period in history allowed operators to somewhat depend [on] at least a ceiling and floor price,” Yates said. “Operators could do adequate planning and have a stable environment to try and drill for oil and gas.”

Yates believes the direction of Trump Oil will create a quota situation once again, slowly eliminating the Middle East’s influence on American energy.

He explained how his company’s production has grown considerably over the past decade and there is even more potential on the horizon. The only thing standing in the way of their company’s potential and growth is political red tape.

“There’s a lot of opportunity out there to grow our production and we are just waiting for someone to step up to the plate that is going to sanction our message,” Yates said.