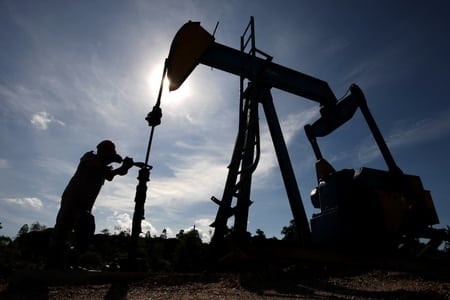 With the plunge in global oil prices expected to continue and a crude oil oversupply in the U.S., companies including General Electric (GE), the industrial conglomerate, are being forced to take drastic measures within sectors of their portfolios. GE will be closing Lufkin Industries and tacking on another 262 job losses, bringing the total to over 800, as of Aug. 24.

In 2013, GE bought the East Texas manufacturing company for about $3.3 billion in hopes of boosting the company’s presence in the oil and gas industry. They have been able to maintain an employment count of 4,400 as of 2014, which makes this recent announcement difficult for leadership.

“This was a tough decision to make, but one we must make for the long-term health of the business,” GE’s spokesperson told Oilman on Aug. 24, noting “increasingly challenging market conditions.”

Since June, the U.S. benchmark oil price has dropped by 50% and GE is expected to experience double digit declines in sales due to falling oil prices but expect to recover with its restructuring efforts. The company’s plan will remove $600 million in costs from its oil and gas division this year. As customers of GE’s equipment and services are cutting capital expenditures budgets, profits have decreased for GE and the company has had to reevaluate its ability to keep the Lufkin plan operating at the current rate.

While the majority of the cuts are permanent, some employees will have bumping rights. Those rights will allow a senior employee the ability to take a less senior role for which they are qualified to avoid being laid off.

The goal of these layoffs is to reduce the cost structure for the Lufkin business and employee layoffs are part of that plan. Included in the layoffs will be positions in manufacturing, financing, IT, HR and engineering.

West Texas Intermediate crude oil prices have been on a decline over the past 12 months – going from $93.35 per barrel to the current price of $39.40. Prices increased slightly in April and May, but have been in decline since July. Prices are expected to remain low, and companies, such as GE, must do what is necessary to remain operating with a profit.