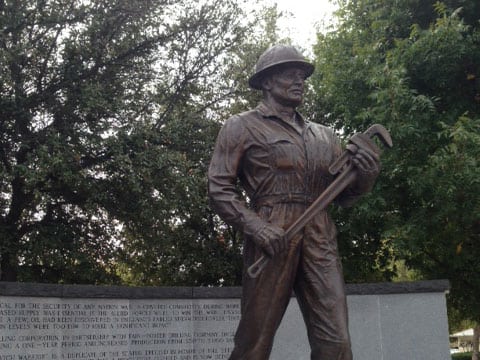 A few years before I became president, The Energy Advocates led the effort to erect two seven-foot statues, one in England and one in the U.S., in honor of the drillers known as the “Oil Patch Warriors.”

During World War II, the British government, our ally, needed more oil to defeat the Germans. However, most of the oil they used was imported. Then oil was discovered in England’s Sherwood Forest, but the British needed America’s help because they did not have the technological know-how to drill and produce it. Under secret arrangements made in February 1943, the American government sent 44 oilfield workers from Oklahoma to assist. Those employees from Oklahoma were known as the Oil Patch Warriors.

The drilling team and four rigs imported from the U.S. contributed significantly to the British war effort by boosting production at the field near Duke’s Wood from 300 barrels per day to 3,000 barrels per day in double quick time. By the time the drilling team from two Oklahoma companies sailed home in the spring of 1944, they had drilled 106 wells. In honor of their sacrifice, a monument was erected in Sherwood Forest (1991) and one in Ardmore, Okla., (2001) led by fundraising efforts of The Energy Advocates.

The British experience during World War II was a lesson in the necessity of energy security.

American men and women have greatly sacrificed over the years so that we all could have energy to drive our cars, watch television or listen to the radio, while providing us energy security. In their book, The Secret of Sherwood Forest, published in 1973, authors Guy H. Woodward and Grace Steele Woodward reveal how during World War II oilmen fought the war by following the drill bit, pipeline and refinery plants wherever they led throughout the world.

They wrote: “Some fought the war in the frozen North at the Arctic Circle, others in the steaming, insect-infected jungles of the tropics. Others flew the hump over the Himalayas with fuel for our Chinese allies. Some spent their days and nights in the laboratories with their crucibles and test tubes. Many served their seven-day weeks as governmental aides in performing the many administrative duties demanded by total war. Thanks to a farseeing and wise nation that had refused to burden its oil industry with crushing controls by rigid laws, rules, and regulations, but had on the contrary, encouraged the men engaged in the hazardous business of finding and producing oil. Because of this policy, followed by more than twenty-five years, the United Stated reserves were sufficient to sustain a growing, healthy economy in time of peace and now furnished security and the ingredients of victory in time of war.”

Today, future generations are depending on us to keep the American dream alive. Our national security has long been one of the most important assets we cherish. America needs to continue its efforts to be the global energy leader in order for us to achieve energy security.

It is time that we come together. The U.S. has the immediate challenge of being in a strong position of securing energy reserves within its own boundaries. America Needs America’s Energy! Visit us at peoplesenergyplan.com or on Facebook. 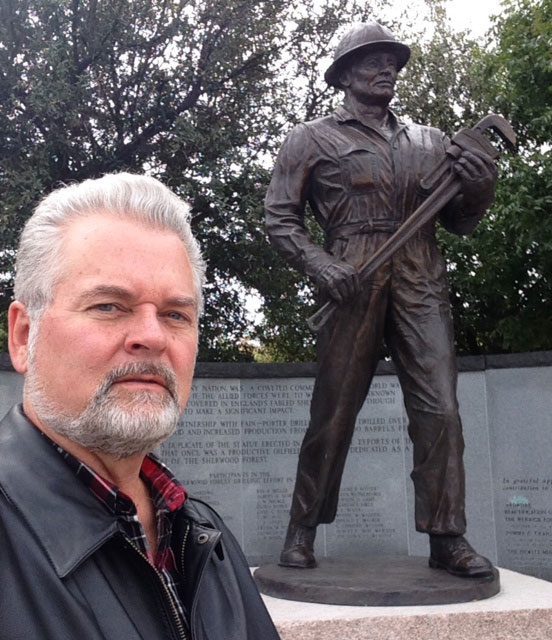