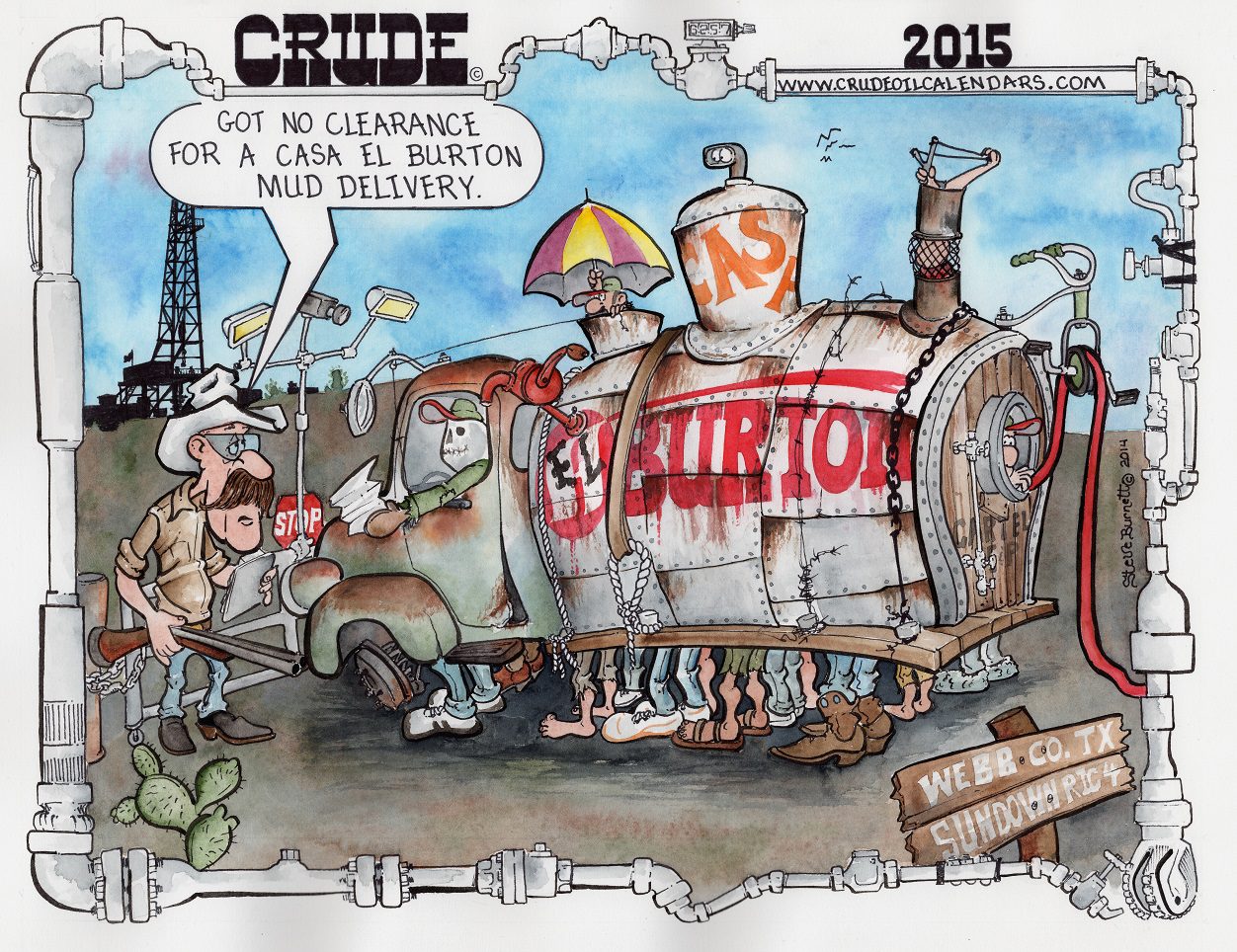 This cartoon is inspired by working MWD for Ulterra in 2006-07. I was amazed at the difference in drilling rig security between Rock Springs, Wyo., and Webb County, Texas. In Rock Springs, a person could drive right up to the rig without any security clearance or passing any security checkpoints. The lack of security was the same way on a lot of the rigs I worked on from Fort Worth to Rock Springs.

In South Texas, however, rig security became a different animal. On every rig I worked on in South Texas, there was a locked fence with a 24/7 security checkpoint. I also took note that these security guards were armed and very serious about their work. Most of them even kept a few large dogs hanging around. It was not the environment for disputing any questions on access to the rig. This security gate was also anywhere from a half mile to three miles from the rig. After passing the security check point, I noticed the brush clearance around the rig was about 900 feet from the location in all directions. There would be no sneaking up on a drilling rig in South Texas.

While offshore, a man I worked with told me a story about working on a drilling rig in South Texas in the late ’70s. He said they had actually been ambushed by some illegals. The illegals had started throwing rocks at the rig hands as they approached it. He said the problem was quickly resolved when the tool pusher pulled out a 357 magnum and fired a couple of rounds towards the invaders. I had not thought of the story in years, but after seeing the brush clearance, I remember it and realized the risk of not having clearance around a drilling rig in South Texas.

After reading some articles about the Cartel’s involvement in the petroleum industry, I started thinking about what the Cartel might consider to increase their profit in their exploration and production operations. Of course, theft was right on the top of the list of company polices. I starting considering what they would have to do to pass security, and what they may use to remove fluids. It seemed to me a major part of the deception would be the disguise as a popular and recognizable petroleum service company. From there it was just a matter of ‘tooning’ up the concept.

While I was driving on this back road in the pitch dark, I noticed a car sitting at the side of the road. As I approached, I realized it was a border patrol car. The officer did not motion for me to stop, but I noticed that he was standing outside of his car and facing the road. I slowed down, making no effort to stop. While I was looking over at the officer as I passed him, a bright light flashed. I was briefly blinded by the flash, but fortunately, the road was straight. The officer had taken a flash photo of me as I passed him. I remember noting that with all the advancements in technology, the Polaroid camera is the technology of choice for the Texas Border patrol.