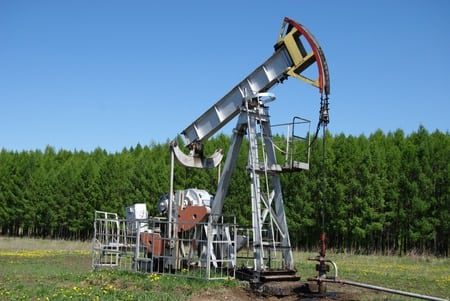 Despite continuing low commodity prices, activity in the fairly new STACK play in Oklahoma has become a main focus for operators working in the Sooner state.

Just this week, Newfield Exploration bought 42,000 acres from Chesapeake Energy expanding their industry-leading STACK footprint to approximately 265,000 net acres. More than 90% of the acreage to be acquired is held-by-production, requiring only modest capital investments over the next several years. Current net production from the assets is approximately 3,800 BOEPD (55% liquids) and is expected to more than double by the end of the year, as recently drilled wells are completed and turned to sales.

“As the discoverer and founder of STACK, we have drilled more than a quarter of the play’s total wells and are the proven leader,” Newfield Chairman Lee Boothby said in a May 3 statement. “We expect that this acquisition will create significant, incremental future value for our shareholders.”

Activity in the area is up, with Continental Resources currently running 11 rigs in the area, Devon four and Newfield three. Each company mentioned the play during this week’s quarterly earnings conference calls.

“These wells are among the best-performing wells I’ve been involved with in my entire career,” Continental Resources CEO Harold Hamm said during the company’s May 5 earnings call. “The STACK is going to be an essential contributor to Continental’s long-term growth.”

Devon Energy reported during its May 4 earnings call that the company’s STACK acreage is delivering top-tier results.

“The most likely first place that we would add the rigs would be in the Delaware Basin and then the STACK play where well results are just outstanding and among the best in the industry in both of those places,” Devon Energy CEO Dave Hager said during the call. “And so, we would incrementally add rigs as prices increase.”

Newfield also praised the STACK during the company’s May 4 earnings call.

“I think this play has the potential of being the best and most efficient development the industry has delivered yet,” Newfield CEO Boothby said.  “We remain very encouraged after more than four years of high activity in the Anadarko Basin and are seeing very consistent performance from our wells.”

This good news follows on the heels of a report released on May 6 by Energy In Depth stating that “the number of earthquakes in Oklahoma fell by 52 percent between January and April of this year.” A review of data from the Oklahoma Geological Survey by EID also shows “the number of monthly earthquakes has fallen 55 percent since a June 2015 peak.”

According to the EID report, since March 2015, industry has invested more than $35 million to reduce earthquake risks in the state. Companies have also shared proprietary data with researchers and helped place additional seismic monitoring stations in key areas.