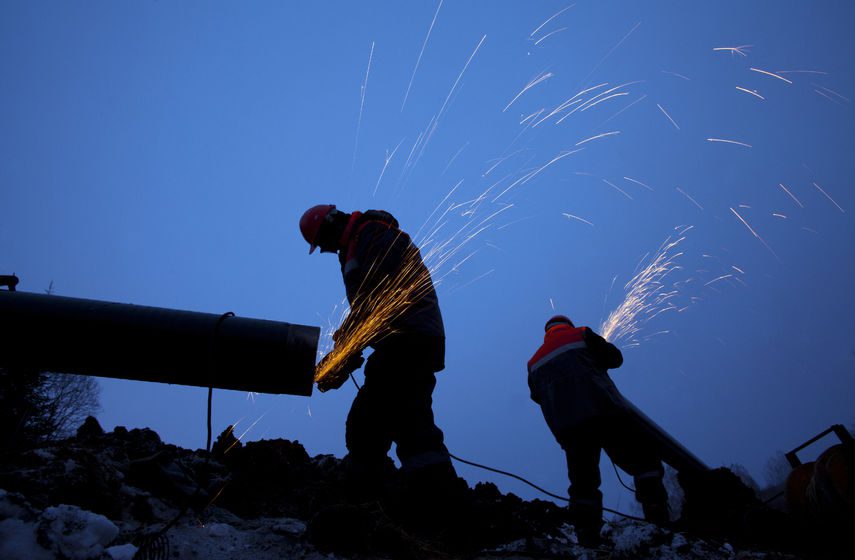 Oil production in the Permian is growing at an 800,000 barrel per day (BPD) annually. With production recently averaging 3.3 million BPD, the industry is on pace to outstrip its 3.6 million BPD of pipeline capacity in only a matter of a few months, according to an estimate by leading regional driller Pioneer Natural Resources. Chairman Scott Sheffield told Bloomberg in late June that wells will have to be shut down due to lack of pipeline capacity. But not Pioneer’s wells, the company was able to bypass this problem by thinking ahead and reserved a majority of their pipeline space in order to continue production and grow their own production.

With pipelines in the Permian reaching capacity, construction is in full swing and at the right time, too. With higher oil prices and the Trump Administration pressing on Iran and now Turkey, oil prices will continue to rise due to turmoil in the region.

Taking advantage of the situation, mid-stream company Plains All American Pipelines is working around the clock to push up the timetable as much as possible. The company has two major pipelines expansions underway: Sunrise and Cactus II. The scheduled in-service dates for these projects are projected to be around January 2019 for Sunrise and partial service early in the fourth quarter of 2019 for Cactus II.

In addition to these projects already under construction, Plains All American Pipelines is working with super-major ExxonMobil on a large-scale oil pipeline project that will ship more than 1 million BPD out of the region. Plains and Exxon are quickly laying the foundations for this project in hopes of breaking ground soon, with the aim of having it in service by 2021. More detail about the pipeline was made available in a press release from ExxonMobil:

The proposed common carrier pipeline would be designed to ship more than 1 million barrels of crude oil and condensate per day, providing a safe, efficient and cost-effective option to transport ExxonMobil and other third-party production to market destinations in Texas. The pipeline would originate in both Wink and Midland, Texas with delivery points in Webster, Baytown and Beaumont, Texas. A priority would be placed on using existing pipeline corridors to help limit potential community and environmental disruptions.

If that was not enough, there is yet another pipeline in the works, The Gray Oak Pipeline, which is being built by multinational Phillips 66 and Canadian Enbridge, aims to carry more than 3 million barrels per day from West Texas to the Corpus Christi and Houston regions. The pipeline is expected to come online during the second half of 2019.

Finally, Kinder Morgan this summer also just announced that it too would join the pipeline building frenzy. The company announced it has teamed up with Apache Corp and a Blackstone subsidiary on the construction of a $2-billion, 2-billion-cu-ft gas pipeline project that will take natural gas from the Waha area to the Gulf Coast and to Mexico.

With all the investment in pipeline infrastructure in the Permian Basin, it is easy to see that the region is expected to remain hot for a long time and continue on an upward trajectory in terms of oil production.

Even though Texas is one of the most oil and gas friendly states in the union, there is still regulation and regulatory bodies, namely the Railroad Commission of Texas, which oversees the entire oil and gas industry of the state. However, this time around the Permian Basin is in luck because earlier this summer Ryan Sitton, a commissioner on the Railroad Commission of Texas tweeted, “We need investment in energy transportation infrastructure like pipelines and ports to realize Texas’ full potential.” Rightly said, because without it, the industry will slow which would affect supply, and supply would affect consumer prices, which adversely affects the economy.

Bottlenecks are not only for pipelines: Electricity consumption spikes

As more and more operators settle into the Permian Basin, the region is going through expansion pains that were notable in the boom towns in North Dakota earlier this decade. While there are not enough pipelines in the basin to get the oil out, there is now a problem with supplying enough electricity to the region because many operators have taken the cheaper and more environmentally friendly method to get energy, that is, hooking up to the grid. However, the grid was never intended to support such demand from a growing oil and gas industry. To remedy this issue, the state will build more transmission for the electric grid, but that is going to cost money. To top it off, those who are hooked up to the system are expected to share the cost of expansion. Under state regulations, the costs of transmission projects are shared by all users of the power grid, regardless of whether they are served directly by the transmission or the utility building it. Dallas power utility Oncor, which serves the Permian Basin, is asking regulators to expedite two transmission projects, costing an estimated $223.6 million, to meet the spiking demand in the Permian.