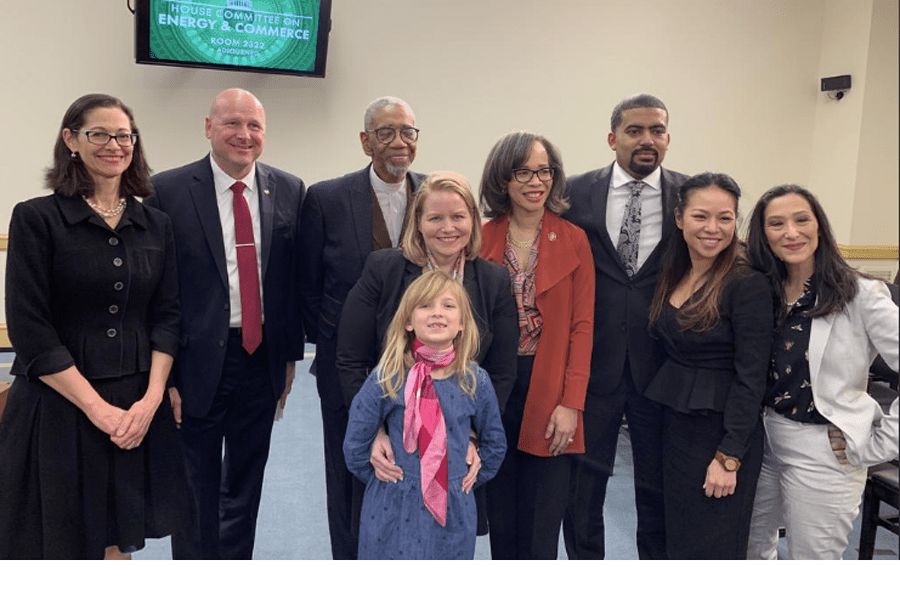 Five short years after its founding, the origins of Pink Petro have become part of oil and gas folklore. At the time, then 40-year-old founder & CEO Katie Mehnert was working in HSE at BP. While flying back to her home in Houston from a business trip to London, she and the older gentleman seated next to her struck up a conversation which culminated in him asking the Million Dollar Question, “What’s a pretty young lady like you doing in a dark dangerous business like oil?”

“I thought, ‘You’re in the business and you’re saying ‘dark and dangerous.’ Stop. You’re making it worse.’”

Her next thought was: “I’m going to fix this.”

She jotted some ideas on a cocktail napkin and by the time she disembarked, her mission for Pink Petro, the focus of which is to close the gender gap in energy, had already started taking shape. The choice to use the color pink was intentional, although the organization has never been exclusionary and counts men among its membership. (She later created Experience Energy, a job-sharing platform.)

Mehnert says, “We’re not a women’s network, but I felt like the women’s niche was important because there are so few of us. Everyone can be a valuable part of this conversation.”

The entrepreneurial journey isn’t for the faint-hearted. After investing her own savings in the start-up, there has been the quest to find sponsors – and over the years, she has amassed some of the biggest names in industry. There has been personal loss: her home and office were ravaged by Hurricane Harvey. And there’s always the struggle to find balance as a working wife and mother of an eight-year old daughter, who is Mehnert’s inspiration to keep fighting when things get tough.

Then came the call that she hopes will change everything. One Friday in late February, her phone rang and a Congressional staffer asked if she would be willing to testify that coming Tuesday before the House Energy Sub-committee at a hearing entitled “Clean Energy Infrastructure and the Workforce to Build It.”

“As an entrepreneur of a growing start-up, you have to say ‘yes’ to the right things and ‘no’ to everything else, and I was in ‘no’ mode,” she says. After consulting Susan Hodge, a former executive at Shell, someone Mehnert admires and considers a mentor, as well as Melody Meyer, who is a board member of BP and NOV, she changed her mind.

With her husband, an attorney for a major oil company, preparing for an out of town business trip at the same time, Mehnert seized upon the opportunity for her daughter to see her mom in action and witness the democratic process at work. (Incredibly, a “field trip” to the nation’s capital for a real-life civics lesson was counted as an unexcused absence from school!)

“I felt like my job was to represent the energy industry, the private sector opinion – that business opinion, that constituent opinion – so that legislators would consider the fossil fuel industry to be part of the conversation.

“I’m a big believer in E3 – equality + environment (let’s face it, energy and environment are interchangeable; one is a meta fact of the other) = the new economy. My belief is we need all people and all forms of energy at the table when it comes to this energy transition.”

Mehnert admits going to Washington was somewhat nerve-wracking because of the negative perception often associated with the fossil fuel industry.

“We haven’t done enough to communicate and own our story. We’ve done too much to accept the narrative and not proactively speak about what we do. The oil and gas industry is why we have these alternative forms of energy; it powers everything we do. It’s going to take all forms of energy to lower emissions and drive a low-carbon future to find what works best for America, and we need to do this in a way that involves women and underrepresented populations in the workforce.”

She wanted Congress to understand that diversity in the industry includes not just gender or race or ethnicity, but also skill sets and job opportunities that don’t always necessitate a four-year college degree.

“All forms of energy need to come together to look at the workforce challenge. There are new ways of working – AI and big data and robotics – all of which are going to play a role in the future. If we’re not reaching my eight-year old, who understands the cell phone, but doesn’t understand how it’s powered, we’re going to have a problem. If we’re worried about meeting the world’s demand for energy while lowering our carbon footprint, that’s meaningful and exciting work,” she says, and it is incumbent on industry to attract diverse, post-Boomer talent.

Mehnert stresses that energy and equality are not – should not – be partisan issues. “I would love to meet AOC (Andrea Ocasio-Cortez, Rep. D-NY); I’d love to meet with Ivanka Trump. I think there are women on both sides of the aisle that have interesting ideas I would like to explore. I like to say I bleed purple. I’m willing to meet with anyone who wants to talk about how we can bring people more toward the middle, so we can get closer to finding answers to solve these challenges.”

She believes her testimony was well-received and, in fact, Rep. Joe Kennedy, III (D-MA), sent follow-up questions which Mehnert pitched to the Pink Petro and Experience Energy communities. “I wanted them to feel like they were part of the process.” She says she has no interest in politics at this time, but has no doubt she will return to Capitol Hill and wants to take more diverse voices with her.

While Mehnert says men started Energy 1.0, she believes women and minorities have increasing opportunities in 2.0. Knowing that greater diversity will bring positive change to the industry is part of what drives her. “We’ve got to make the industry a more highly sought-after choice. This is personal for me. I want my daughter to know this is a meaningful place to work.”

Rebecca Ponton has been a journalist for 25+ years and is also a petroleum landman. Her book, Breaking the GAS Ceiling: Women in the Offshore Oil and Gas Industry (Modern History Press), was released in May 2019. For more info, go to www.breakingthegasceiling.com.