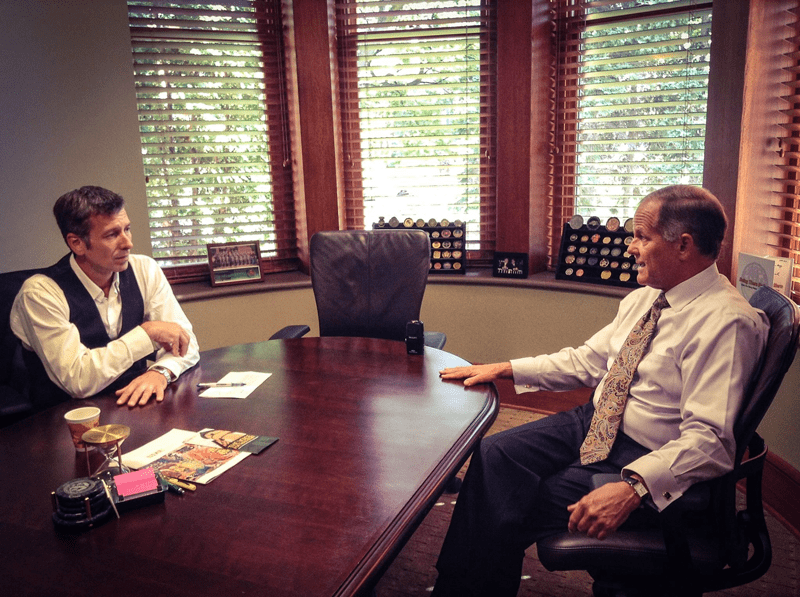 North Dakota State University President Dean Bresciani is very familiar with energy plays and boom-bust cycles. His previous experiences in Texas, at Texas A&M, allowed him to consume oil and gas on a day-to-day basis. Only his consumption was more intense than the average industry professional. It involved research and finance.

Dean Bresciani: The entire state has a window of opportunity that is open now like the state has never seen before. There is really no place in the nation that has similar opportunity, with the possible exception of Texas, where there is some similar dynamics with the two major research universities and energy intensive economic development sector. But North Dakota has a differentiating factor which is the chance to strengthen and diversify our economy that has never existed for this state, whereas Texas comes and goes with that opportunity and a plethora of other opportunities. North Dakota is a brass ring they can now grab at which they were not even able to see before much less grab at. I think we are slowly and steadily coming to that realization.

JS: You spent some time in Texas, at Texas A&M. We are pumping out over a million barrels a day. We know our sweet spots and ag is everywhere. Is North Dakota basically North Texas?

DB: It really is; in some ways advantageously, geologically and the location of the reserves. It has been interesting to me, my doctoral training is in finance and economics, so when I hear the understandable North Dakotan saying this is just another boom and bust cycle like the old boom and bust cycle, which is a learned behavior and reaction, it’s just not founded in science.

So the notion that this is a bust cycle and everything is going bad is really a misnomer and the Saudis have already demonstrated that they understand they can not continue the behaviors they are using because they are losing money. That’s a long-winded way of saying prices are going to play back up. Consumers won’t like that but the reality is, on the worldwide market, we are going to see it; it is inevitable and it is only a when not an if the prices will go back up. Again those assets are still in the ground, so even if the prices didn’t go back up for 100 years, the asset is still in the ground and is extractable.

JS: I’ve heard that too. I tell people on the radio, in my writings, in my presentation and on the street the Bakken oil boom is the Bakken oil industry. There is no more boom or bust cycles, it is an industry driven by prices. Just like corn or wheat. I was talking with Lynn Westfall with the Energy Information Agency last week and he was talking about how prices have little to do with it. It is more about manpower, rig counts, recovery rates and capacities. That’s where they make their money. As we see mergers, buyouts and market corrections, what are your thoughts on the boom-bust cycles and industry ideas.

DB: This is an interesting commodity price fluctuation, but it is also for the smarter players the opportunity to consume more of the market share so when prices go back up you’ve advantageously positioned yourself to be more successful. Again the asset is just sitting there waiting to be extracted, it is not going anywhere and it’s not like a crop where if it goes bad you have to start over. The asset is sitting there totally extractable.

JS: As technology improves will the oil economy?

DB: As you pointed out with these reserves, we know where they are at, and pretty accurately how extensive they are. They are not going anywhere obviously. So really the limitation and capacities are economically based and price based and technology based. I say economically because actions by the Saudis have a major impact on the worldwide market for energy and they can adjust pricing simply by their own behavior. When we say prices are dropping or have dropped, they are coming from all time record levels.

JS: And we are still over a million a barrels a day. I think that is a good sign.

DB: As you point out, that does not mean we are not being economically productive and in the black. The reality is we are still extracting huge quantities of energy and people are still making a lot of money doing it. And tax revenues from those extractions are still pouring into the state of North Dakota.

JS: It seems the groundwork is laid for three big industries to have to go through North Dakota State University. Ag, energy and now a third big industry, technology. I am hearing rumbling that because of the crossover, technology could become the biggest one in five years.

DB: Five years might be aggressive, but not unrealistic as an initial entry phase. What we know is the UAS application up to this point has been primarily military. That is and was a very easily accessible high resource market niche, but it has very little expansion capacity and if the rest of the world is parallel in UAS expansion it is going to be a shrinking niche. Agriculture by most estimates by people in the industries is not only the next big segment of the industry but one with virtually limitless potentials. I think we get into some interesting things in transportation and such too.

JS: I can lay the context out, for UAS involvement. You have a pipeline or a row of sunflowers and your drone flies over it everyday. Now the sensors are so precise that if there is one leak or an infected sunflower, it will relay the information to a land drone to roll over and mist the one specific sunflower with the pesticide or whatever. You see the mechanics and how the process works. And how quick our information is becoming. Are you involved in tests like the example of the sunflower? How close are we to this becoming law?

DB: That experiment is certainly possible right now. When it becomes widespread commercial application, that is within reach. Really the only thing holding the industry back from exponentially moving faster is the struggle that we have with the aviation industry and government control of UAS, which understandably has moved faster than the federal government can keep up to it. So we have a lot of people who would be applying it right now but can’t get proper licensure. That situation creates tension between a farmer or rancher who wants to utilize a technology they may already have in their hands and the FAA is saying, ‘no you can’t do that, you are not licensed.’ Well how do I get licensed? Well we don’t have a procedure in process yet for you to get licensed. That’s going to work itself out. 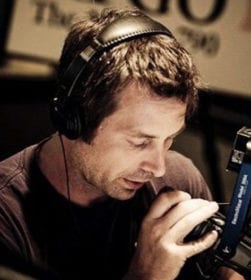