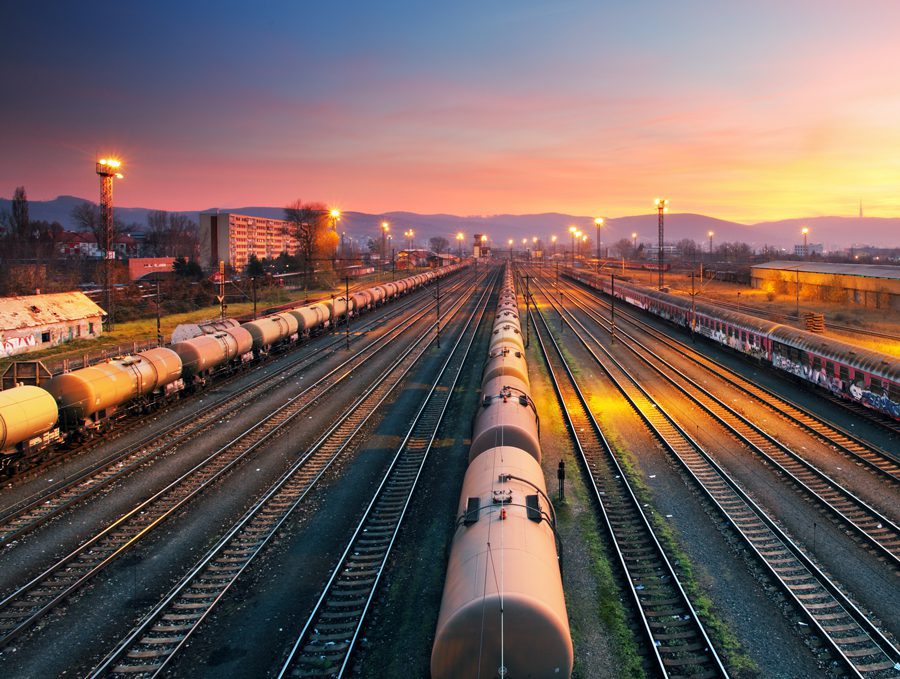 Over the past year, producers have made a significant change in their operations in order to adjust to lower per-barrel oil prices. As they reduce the number of operational rigs, they are also seeking ways to standardize and synchronize their supply chains to ready themselves for when prices rebound, according to Brian Murphy, senior director of business development – emerging markets for Menlo Logistics, a $1.7 billion global logistics and supply chain management subsidiary of Con-way Inc.

Murphy told Oilman on Oct. 16 that Menlo has seen a number of producers asking a common set of questions: What products do we have? What do we do with those products? How do we leverage common practices and common values?

Those questions have led Menlo to begin providing a different set of services than the company was providing when production was booming before oil prices dropped.

When oil prices were high, the services that producers were seeking from Menlo were “more about ‘there’s a lot of stuff going on, and we don’t know where everything is. How do we get our arms around it, but let’s not interrupt the production wave,’” Murphy said.

Menlo has started working with a couple of major producers to inventory everything from returnable material to rental equipment and rig support, Murphy said, adding that Menlo’s role has been to help producers as a consultant to prepare during the downtime and “figure out what happened and prepare for the next phase.”

The company’s work as a consultant likely will lead to materials management and logistics projects.

“Right now, it’s more of going in with an experienced oil and gas team and doing an assessment,” he said.

“It’s just matter of doing a lot of investigation work post the storm, if you will,” Murphy said.

According to Murphy, Menlo also has seen producers take a greater interest in creating a global visibility center concept for their organizations. They want to identify redundant practices, develop standard work instructions, and acquire or develop technology platforms that give them the ability to identify where certain commodities are located, all the way down to the micro level.

That global concept, Murphy said, is new to Menlo.

“In the past, where we’ve been regionally based trying to support the operation, now we’re seeing more of other-industry thinking – automotive or retail thinking – where these producers are looking for ways to leverage common practices and common systems to drive down the overall costs for those producers,” he said.

Murphy noted that the changes are not just cost-driven.

“The tenor of the exercise is unique in that it’s almost as if the industry knows that this is a period to get your house in order,” he said.

At oil and gas logistics provider CIG Logistics, technology has been key to allowing customers to understand where their inventory is located from the time of origin to its destination, CIG Logistics CEO Jonathan Green told Oilman on Oct. 15.

When Green started the company in 2009, he said, the “big time technology was an excel spreadsheet.”

“Many people were still using a clipboard and fax machine to manage the inventory of bulk products,” he added.

CIG hired Customized Technology to build an inventory management system, and in 2014, CIG bought the technology company in order to establish a full in-house IT department.

The management system that Customized Technology built for CIG is cloud-based, and it gives real-time availability for customers to identify where their inventory is at any point.

“If it’s sand sitting in a silo, you can tell where it originated and how much the company has,” Green said.

Today, Green added, the company is working on building predictive capabilities into the management system so customers can see when supply and demand tallies meet and when products need to be reordered.

According to Green, CIG owns and operates 10 rail terminals in Texas and New Mexico, and the company is building rail sites in Oklahoma and Colorado. CIG does not take a principal position on any of the products that it transloads, Green added, saying that the company “strictly puts the pieces of the puzzle together.”

The Odessa facility is a critical logistics hub for the energy industry fulfilling a key role in the movement of crude oil and frac sand via rail and truck to and from the Permian Basin. The large-scale facility is served directly by the Union Pacific Railroad and has 29,000 feet of track, including two unit-train loop tracks and ten ladder tracks.

Green said that the amount of crude oil that the rail facility will handle in the future will depend on the market.

“What we’re seeing now is, there are opportunities to bring crude into the market, which seems strange, but when people have take-or-pay contracts on pipeline utilization, and they don’t have the production to fill those pipelines, the only way to overcome that is to inbound crude strictly for capacity reasons or because you have a crude that has a higher viscosity, and you need to mix a light-sweet crude,” he said.

In today’s market, Green noted, crude-by-rail will be a niche in the Midland-Odessa area.

The amount of crude-by-rail logistics that CIG handles, and how quickly the company ramps up to that service, will be determined by what niche the company finds in the market, he said.

Rail shipments of crude oil have skyrocketed over the past few years. According to the American Railroad Administration, railroads originated a record 493,146 carloads of crude oil in 2014.

With increased volumes of crude oil moving over U.S. railways, the industry and federal government have been working to ensure the commodity is moved safely. Over the last two years, the U.S. Department of Transportation (DOT) has taken more than two dozen actions to improve the safety of crude-by-rail.

In May, DOT released its final rule on the safe transportation of flammable liquids by rail. The rule requires stronger tank cars and a more efficient braking system, called electronically controlled pneumatic (ECP) brakes. The ECP brake design reduces the distance and time needed for a train to stop. In addition, the DOT rule supplements the Federal Railroad Administration’s (FRA) actions to add an Automated Track Inspection Program car to inspect crude routes.

Despite the efforts to reach a zero-incident industry, accidents still happen. A train hauling crude oil in new model tanks derailed in February in West Virginia, resulting in a fire that burned for several days and the evacuation of local residents. It was the second accident in a year on the same line.

The FRA on Oct. 9 released findings from its investigation of the February incident, saying that the cause of the derailment was a broken rail, resulting from a vertical split head rail defect. In its investigation, the FRA determined that the defect that eventually resulted in the derailment was missed by operator CSX, and the company’s contractor, Sperry Rail Service, on two separate inspections in the months leading up to the accident.

Along with the announcement of those findings, the FRA outlined actions it said it would take to prevent similar rail-caused accidents in the future. Among those actions is a plan to explore the need for rail-head wear standards and potentially requiring railroads to slow trains or replace a rail when certain conditions pose a safety risk. In addition, FRA said it secured a commitment from CSX to require internal rail flaw operators to review previous inspection data alongside real-time data in order to assist in identifying conditions and flaws that have changed or worsened between inspections.

FRA Acting Administrator Sarah Feinberg said in an Oct. 9 statement: “Broken rail is one of the leading causes of accidents. Railroads moving crude and other hazardous materials through and alongside communities bear significant and special responsibility. All railroads, not just CSX, must be more diligent when inspecting for internal rail flaws or when contracting out inspection work.”

The Assistance for Local Emergency Response Training (ALERT) grants will go to three non-profit organizations that will provide training for incidents involving shipments of crude oil, ethanol and other flammable liquids by rail.

The recipients are University of Findlay ($611,491), International Association of Fire Chiefs ($2.7 million), and Center for Rural Development ($2.7 million).

DOT said that the Consolidated and Further Continuing Appropriations Act of 2015 allowed PHMSA to use money recovered from prior year Hazardous Materials Emergency Preparedness (HMEP) grants to fund the ALERT grants.

“Safety is our top priority and the ALERT grants will help first responders, especially volunteer firefighters in rural or remote parts of the country, prepare for and respond to incidents involving flammable liquids,” U.S. Transportation Secretary Anthony Foxx said in a statement. “It’s critical that first responders have the information and training they need to respond to these types of incidents, and is one of more than a dozen actions the department has taken in recent months to strengthen the safe transportation of crude oil, ethanol and other flammable liquids by rail.” 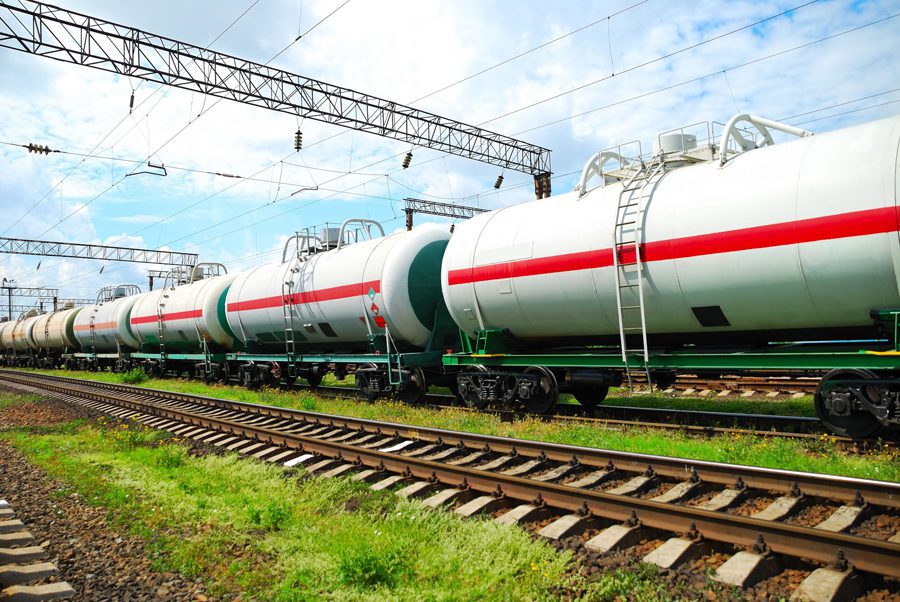