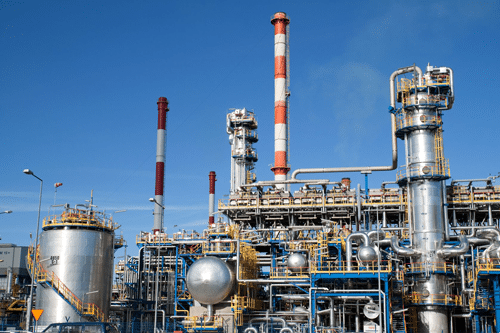 The collapse of crude oil prices has created massive layoffs in the exploration and production sector of the industry, but the refining and marketing sector is having a record-breaking, great year.

“Refuting fears of weakening demand, refiners indicate that domestic and international product demand remains robust,” according to Morgan Stanley’s analysis of the refining and marketing sector for the third quarter.

Valero Energy Corp. stock closed at a 52-week high on Nov. 25 at $73.03, which is up from the 2015 low of $43.45 reported on Jan. 15. Valero, based in San Antonio, is the nation’s largest refiner at 1.96 million barrels per day, according to the Energy Information Administration. Most of its refineries are located along the Gulf Coast in Texas and Louisiana. Valero raised dividends 25% recently.

Tesoro Corp., also based in San Antonio, but most of its refineries are located in California, had an exceptional first three quarters of 2015, too. Tesoro’s stock has almost doubled from $64.16 on Jan. 14 to $119.67 on Nov. 24. Tesoro’s refineries process an average of 844,160 barrels per day. Tesoro raised buyback $2 billion in October.

Marathon Petroleum, which has 1.73 million barrels per day of refining capacity, is in the process of acquiring Market West Energy, a midstream crude oil and natural gas company based in Denver.

Even though all of these independent refiners are experiencing a very good year, Phillips 66 “reported best beat of the sector, driven by strong refining results,” Morgan Stanley stated.

Phillips 66, which was split from ConocoPhillips a few years ago, reported refining earnings of $1.05 billion, which is the first time since third quarter 2012 that Phillips 66’s earnings have exceeded $1 billion. “This quarter’s results are indicative that operations turned the corner,” Morgan Stanley stated.

Independent refiners are exceeding expectations, but what about the integrated refiners?

Chevron’s international downstream reported earnings of $821 million versus street expectation of $585 million. That’s an increase of 33 percent over the third quarter 2014 and 47 percent over year-to-date comparison.

Exxon Mobil reported stronger results from international chemicals and refining and below consensus earnings from U.S. downstream. Exxon Mobil’s international refining reported earnings of $1.5 billion versus street projections of $928 million, an increase of 41% over third quarter 2014 and 174% over year-to-date comparison.

However, Exxon Mobil’s refining results in the U.S. “are less impressive versus U.S. independent refining peers,” Morgan Stanley stated. U.S. earnings were $487 million up 18% over third quarter 2014 and 5.9% over year-to-date comparison.

The oversupply of crude oil in the U.S. has given refiners a huge inventory of oil at very low prices. That situation has allowed refiners a larger profit margin, known in industry terms as the “crack spread,” which is the difference between the cost of purchasing a barrel of unrefined crude oil versus the total value of refined products from that barrel after “cracking.” Traditionally the crack spread has been about $5 per barrel, but recently it has ranged from $15 to $30 per barrel.