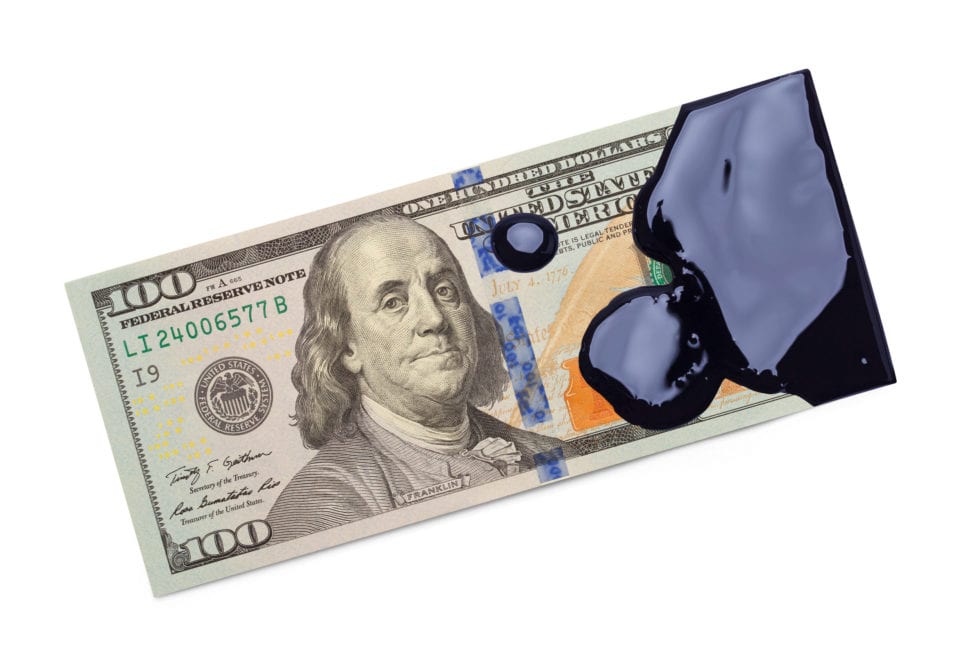 Have the underlying metrics behind reserve reports proved to be overly optimistic for oil and gas companies seeking reserve-based lending (RBL)?

Reserve-based lending (RBL) has been a critical source of capital for the oil and gas industry for decades. It typically has been an attractively priced source of capital because lenders have a senior debt position, their loan is secured by a mortgage on the leasehold, and the loan value is based primarily on proved developed reserves using a conservative price deck. Additionally, loan agreements contain various covenants to protect lenders such as minimum and maximum hedge levels, regular borrowing base redeterminations, specific financial statement tests, and various affirmative and negative covenants.

RBL is intended to be the least risky part of the capital structure with a low probability of default. Nevertheless, there’s been a significant number of cases where, not only have oil and gas companies’ equity and bondholders suffered total losses, but lenders were unable to recover all their outstanding borrowings. Unfortunately, this was not the sort of risk lenders expected when they underwrote the loan.

In RBL, one of the most critical pieces of information lenders rely on is a proved reserve report. These reports are typically prepared by a third-party engineering practice; in some cases, they’re prepared by the borrower’s internal engineering staff and audited by a third-party engineer. In both cases, they’re intended to be a high confidence estimate of the future performance of producing, non-producing, and undeveloped wells.

Over the last year, we’ve been involved in a number of distressed situations, which has provided the opportunity to review many third-party reports. Also, we’ve been asked to review reports to help lenders identify potential risks in their portfolio. Many reports we’ve reviewed have indeed proven to include reliable forecasts, but we’ve also seen many that were overly optimistic. Here are some of the factors we’ve seen that have led to unreliable estimates of future production and economic performance.

Most companies today are drilling and producing horizontal wells in unconventional formations. The production performance of these wells is nearly impossible to predict using analytical methods, so engineers rely on decline curve analysis (curve-fitting) and analogy. These methods are only as good as the amount and quality of historical production available.

Short production history – Wells with limited production life can be “fit” with a number of production forecasts. But, as the well matures, it moves through different flow regimes that affect performance. This behavior is often not apparent in the early life, so not only is it easy to assume an overly-optimistic forecast due to a lack of data points, the well may not have started to exhibit its long-term behavior when the forecast was made. There are other methods and diagnostic plots that can help engineers identify and manage these situations, but they aren’t always used, and the data needed isn’t always readily available.

Assumed decline curve parameters, particularly the “b-factor” – The “b-factor” determines how quickly the initial high decline rate of an unconventional well’s rate-time curve flattens out to a more gradual decline. A well with a higher b-factor will produce at higher rates for longer and ultimately recover more reserves than one with a low b-factor, all other assumptions being equal. Engineers often develop rules of thumb regarding the b-factor in an area, but b-factors vary significantly between wells. Using a b-factor from offset wells can lead to inaccurate estimates, especially if well spacing or completion design is changing.

Scaling up previous production curves – Changes in completion design can result in higher initial rates, but may not result in proportionately higher ultimate recoveries. Sometimes a higher initial rate just leads to faster recovery (“acceleration”). In cases with limited production history, engineers will often “shift the curve upwards” and assume the same decline parameters as those exhibited by older wells. If the higher rate is due to acceleration, this approach will overestimate performance.

Overestimating the impact of completion design changes – The brief, but intense, history of unconventional well development is marked by constant change. Fracture treatments pumped in one year are often materially different than those pumped in the prior year, and those are different from the ones before. It’s natural and expected that engineers would seek ways to improve their completion designs. When engineers derive type curves intended to reflect expectations for future undeveloped wells, they tend to use wells with the more recent completion design. This results in a smaller set of wells with less production data and, for the reasons mentioned above, can lead to overestimates of performance.

Overestimating the impact of longer laterals- In many plays, well lateral lengths have gotten longer over time. It’s reasonable to assume that longer wells will recover more hydrocarbons, but many engineers assume this is a one-to-one ratio; that is, they assume if the length is increased by a certain percentage, then the recovery will increase by the same amount. When we examine per-foot recovery, however, we almost always see diminishing returns as wells get longer. Sometimes this effect can subtly sneak into an evaluation. For instance, an engineer may evaluate recovery per-foot from a group of wells that are a mixture of 1-mile and 1.5-mile long laterals, but desire a type curve for future 1.5-mile long laterals. Failing to recognize that the 1-mile wells perform better on a per-foot basis than the 1.5-mile long ones will lead to an overly optimistic forecast.

Even before the recent price declines associated with the coronavirus (“COVID-19”), RBL had several unpleasant surprises where well performance, even of producing wells, didn’t turn out as expected. Looking back, we’ve seen common themes in these situations, some of which could have led to further scrutiny of the estimates had the risk factors been noticed.