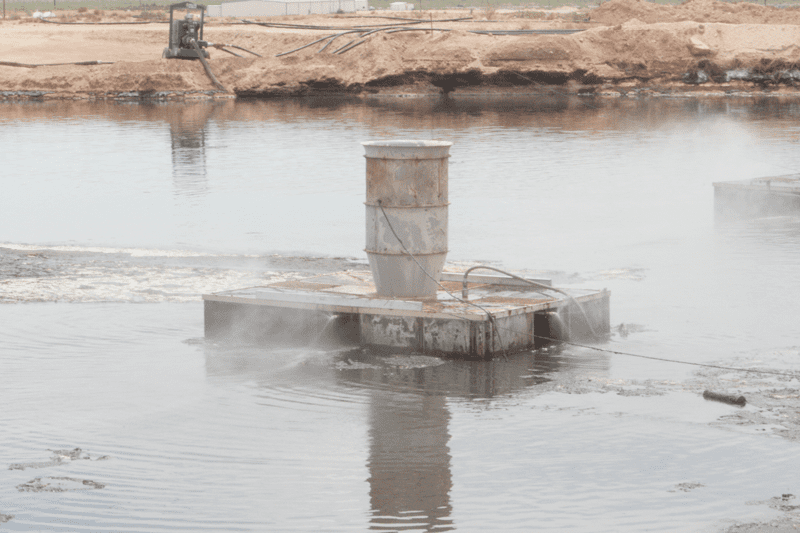 Disposing of industrial wastewater is a problem in many industries. Wastewater is so named because it typically contains a high concentration of contaminants including chemicals and particulate matter that are beyond the capabilities of municipal sewage systems. Mining endeavors including all types of fossil fuel recovery are particularly awash in wastewater.

Oil and gas operations may produce 5 to 10 times more water than oil, meaning millions of barrels per day have to go somewhere.

Some water can be lightly treated then reused for well completions and recovery methods. Some can be injected deep into the earth, but this is costly and has been scientifically linked to earthquakes in some areas of Texas, Oklahoma and elsewhere.

Evaporation of wastewater has been another viable option for decades, but older methods had their own environmental issues. Most evaporation units were simply sprinklers or snowmakers that used great force to stream water out over a holding pond. The two main problems with this method was, first, that the large pumps required were power hogs, requiring 40 HP motors and costing 20 cents per barrel.

The other issue has been that, once the water evaporates or when the droplet sizes shrink below 75 microns, the particulate matter—whose toxicity made the water a problem in the first place—was launched into the surrounding atmosphere as dry aerosol, where it could travel for miles before precipitating out. It has not been uncommon to see evaporation ponds where airborne salts have killed nearby trees, rusted out barbed-wire fences and caused other problems miles away.

The most common pollutants include salts like sodium chloride, sodium sulfate and calcium chloride.

It is clear that the contamination that keeps industrial waste out of the city sewer system also prevents the water from being evaporated completely, in order to keep those contaminants from being released into the air. But evaporation does greatly reduce the volume of water to be injected or otherwise disposed of. Herein lies the system’s fiscal benefits.

Regarding injection of this denser water, one might ask if injecting that into an SWD would cause problems in the formation. RWI’s research shows that water with TDS levels at 160,000 ppm can indeed be injected without harming the formation into which the water goes.

Most produced water in the Permian Basin, for example, tests at 6,000-10,000 ppm. So, concentrating it by approximately ten times through the evaporation process cuts the amount of water injected by 90 percent. This is another layer of cost savings.

Time for a Change

The arrival of new EPA air quality rules—specifically Rule 40 CFR 51-300 in 2018—has put older methods in danger of fines or worse. And increasing emphasis on reducing costs and increasing profitability has caused mining operations in particular to examine every procedure for possible cost savings.

In 2017 Colorado-based Resource West, Inc. (RWI) began testing 2.0 series enhanced evaporators, a system designed completely from the ground up with the goal of satisfying both the economic and environmental requirements of the industry.

RWI spent two and a half years researching and testing 2.0 at their five acre test site in western Colorado. The system they released to the public proved to be 116 percent more effective at evaporating water, using approximately 88 percent less power while keeping droplet size above 100 microns, which allows them to fall back into the pond for disposal.

Snowmaker-based units use strong air force and pumped large amounts of water into the air. This method requires bulky 40 HP pumps which not only require high levels of power, the flow they create allows water particles to collide, greatly reducing the evaporation rate and, therefore, the efficiency of the process. When particles collide, some tend to break up into smaller pieces, known as daughter particles, which float for miles and are the main source of airborne dry aerosol contamination.

For RWI 2.0 the droplets are injected in the middle of the flow, which greatly reduces collisions. This creates a more efficient process and helps keep particles above 100 microns by eliminating daughter particles (see photo above).

Instead of pumps, 2.0 uses fans requiring only 5HP each, reducing power consumption by 35 HP per unit.

The 2.0 units float on the surface of the pond, allowing the concentrated drops to fall back into the water.

RWI installed its first 2.0 commercial units in Hobbs, NM, in retention pond holding super-saturated drill cutting water. Because of the region’s hot climate, the water held an abnormally dense 230,000 ppm of TDS. The purpose of this test was to prove the unit’s ability to control the drift of salts—a critical requirement in a pond adjacent to a U.S. government uranium enrichment area.

The unit passed the test successfully.

In an ongoing installation that is now starting its third year, a mining operation in the state of Washington installed 15 Landshark 2.0 evaporators. Power draw for these 15 units totals 56 KWH, powering 75 HP compared to the 450 KWh required for previous units using a total of 40 HP each.

The 15 Landshark 2.0 units evaporate an average of just under 7.2 million gallons per month, compared to the 2 million gallons being evaporated by the previous system. And after more than two years with these systems in place, there has been no buildup of salts in the area near the evaporation pond.

Uses in the Field

RWI 2.0 can be used either by large producers who own and manage their own produced water systems or by SWD companies looking to reduce their costs and the amount of water they inject downhole.

The need for alternatives to SWD is unprecedented, as the Groundwater Protection Council predicts that, by 2028, produced water in the Permian Basin alone may total more than 6 billion barrels per year, an increase of approximately 50 percent from 2019 numbers. Reuse by 2028 is projected to be less than 2 billion barrels per year—leaving 4 billion barrels to be injected, if these numbers play out as predicted.

If producers or SWD operators could reduce this amount by 90 percent through evaporation that would leave less than 1 billion barrels to be injected.

Agencies such as the Texas Railroad Commission and the U.S. Geological Survey have linked SWD operations to earthquakes, as per the following quote from the USGS website: “The injection of wastewater and salt water into the subsurface can cause earthquakes that are large enough to be felt and may cause damage.”

Safe evaporation systems such as RWI’s Series 2.0 units could be instrumental in reducing the risk of human-induced earthquakes in the Permian and other producing basins across the U.S.

The combination of uncertain economic times and public pressure on the industry to improve its environmental footprint, the oilfield is increasingly looking to innovation for solutions. This could be an important step in that direction. 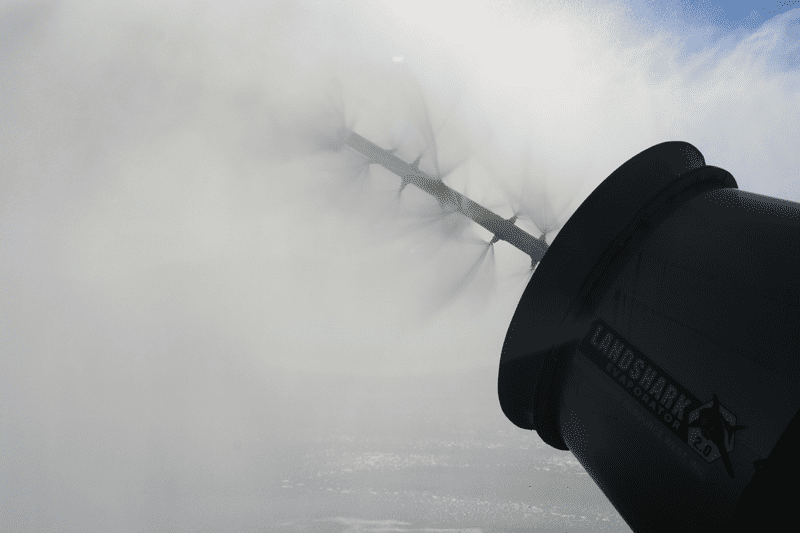 Robert Ballantyne served in the United States Marine Corps. An electrical engineer, his ongoing education has concentrated on molecular and atomic spectroscopy. His science research focuses on environmental monitoring, mitigation, and remediation systems design, with an emphasis on waste stream reduction.  His current role as Director of Research and Development for RWI Evaporation allows him to pursue raw scientific research into ways to fundamentally change environmental mitigation markets and methods.