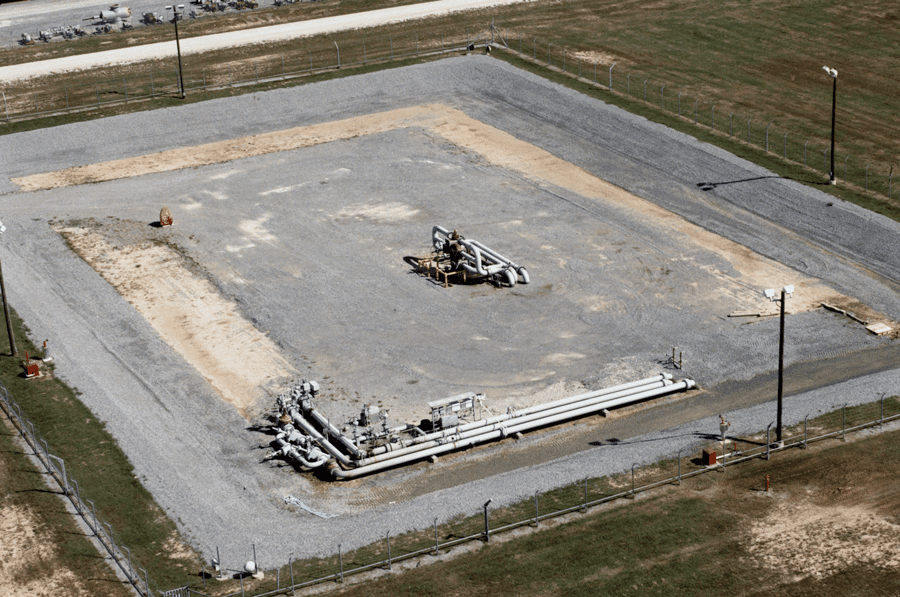 The U.S. SPR (Strategic Petroleum Reserve) is an oil reserve created in response to the 1973-1974 oil embargo. America’s dependence on OPEC (Organization of the Petroleum Exporting Countries) revealed the extent to which those countries could potentially influence United States foreign policy. Over the decades, U.S. energy consumption and production has changed. Today, the reasons the United States uses the SPR has also changed.

In October 1973, Arab oil producers within OPEC retaliated against the United States’ support of Israel during the Yom Kippur War, when Egypt and Syria attacked Israel. They placed an embargo on oil. This prohibited the OPEC members from exporting oil to the U.S. OPEC also threatened to cut oil production by 25 percent. Their goal was two-fold: 1. To leverage America’s dependence on foreign oil to weaken U.S. support of Israel and 2. To raise the price of oil. One goal was achieved: By December, the price of oil increased 400 percent. But, long lines at America’s gas pumps did not change the Nixon administration’s strong support of Israel.

The Promise of Peace

The Nixon administration and Secretary of State Henry Kissinger simultaneously held negotiations for peace and an end to the oil embargo. The First Egyptian-Israeli Disengagement Agreement reached by the parties in early 1974 was enough to get the Arab members of OPEC to lift the embargo. Unfortunately, the peace deal was never finalized.

At the end of 1975, President Ford signed the EPCA (Energy Policy & Conservation Act). This created an emergency petroleum reserve. In April of 1977, The U.S. government bought salt caverns on the Gulf Coast to store the petroleum. Construction of the storage facilities began in June of 1977. By July, 412,000 barrels of Saudi Arabian light crude were delivered. The act approved up to 1 billion barrels of oil for storage. However, as of September of 2018, the maximum capacity of the SPR is 713.5 million barrels.

Salt of the Earth

Storing the reserve oil in salt mines costs a lot less than building and maintaining above-ground storage. The oil is connected to the commercial oil transport network through interstate pipelines. This reaches about half of the U.S. oil refineries. The oil can also be transported by ship or barge to other refineries.

There are 60 caverns in the SPR distributed between four locations along the Gulf Coast. There are two facilities in Louisiana (Bayou Choctaw and West Hackberry) and two in Texas (Big Hill and Bryan Mound). Each cavern can hold from 6 million to 35 million barrels. The typical cavern is 200 feet in diameter and 2,000 feet high. Enough to store 10 million barrels.

The caverns are created by drilling a well into a salt formation and dissolving the salt by injecting huge amounts of fresh water. This process of solution mining requires seven gallons of water to carve out space for each barrel of oil.

At depths of 2,000 to 4,000 feet, extreme geologic pressures make the salt walls of a cavern hard as rock. If any cracks develop, they will close on their own. In addition to the ability to heal itself, the subsurface temperature differential keeps the crude circulating. This maintains the quality of the oil.

It Takes Another War

Only the president can order the drawdown of the SPR. President George H. W. Bush was the first to use the SPR to stabilize world oil markets during the Persian Gulf War on January 16, 1991. 17.3 million barrels were sold to 13 different companies.

Use of the SPR is defined in the EPCA. Three types of drawdowns were anticipated:

Test sales are periodically conducted to ensure that the SPR is ready to react to a drawdown in the event of an emergency. Exchange contracts are typically used after a natural disaster. It is similar to a loan. The recipient agrees to return the same type and amount of crude – plus additional premium barrels by a certain date. The additional barrels are similar to paying interest. For example, refineries entered into exchange contracts after Hurricane Harvey impacted their operations in 2017.

For the first time, the SPR will be used as a way to pay the bills. The 2018 budget deal signed by President Trump mandates that 100 million barrels of oil be sold by 2027. The proceeds will be used to help reduce the deficit.

An Abundance of Oil

America’s dependence on foreign oil has reduced considerably since the 1970s. Consumption is generally stable and U.S. crude oil production has been increasing since 2008. In 2005, net imports were 12 million barrels a day. By 2017, that number was only 4 million. A whopping 67 percent decrease. It is expected that net imports of U.S. crude oil and petroleum products will decline to zero in the late 2020s. Soon after, the U.S. will become a net exporter of these products. A 90-day reserve is still required to respond to supply disruptions. Particularly since the projection is for the U.S. to again be a net importer of crude oil between 2040 and 2050.

Although it didn’t result in a Middle East peace agreement, the 1973-1974 oil embargo was in some ways a blessing. It forced the U.S. to mitigate the risks associated with an oil shortage and to find ways to increase domestic oil production. The development of the Strategic Petroleum Reserve has kept the U.S. more secure during wars and natural disasters. The life blood thousands of feet below the Earth’s surface.

[…] article was ghost written for the publisher of Oilman Magazine. I conducted all research needed to create this content. Note that I do not have any background in […]