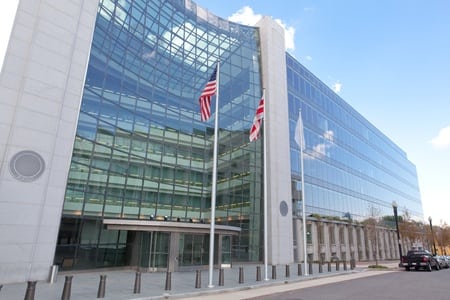 A rule that was part of the Dodd-Frank Wall Street Reform and Consumer Protection Act was overturned by a vote of 52-47 in the Senate.

The Securities and Exchange Commission’s Disclosure of Payments by Resource Extraction Issuers rule required that companies interested in having access to resources abroad disclose any payments made to the governments of foreign countries. The rule has been a subject of much controversy since its creation, with advocates and opponents debating the pros and cons of the rule.

Many oil and gas companies were outspoken about their opposition to the rule and how it could potentially harm their company’s operations. ExxonMobil stated in February 2016 that the requirement to disclose all payments on individual contracts under the SEC’s definition of Project could compromise the firm’s competitive edge.

“We believe this definition carries the maximum potential for competitive harm to companies by allowing competitors to obtain access to a company’s highly sensitive and proprietary commercial information,” ExxonMobil VP and Controller David Rosenthal said in a letter to the SEC. “By analyzing multiple such contracts over time, competitors may gradually be able to construct a deep overall understanding of a company’s strategic approach to bidding and contracting, including even a company’s rate of return criteria,” Rosenthal continued.

Such concerns were ubiquitous throughout the industry, although anti-corruption advocates praised the rule as a step in the right direction.

Oxfam America, an international relief and development organization, was one such group which highlighted the importance of the rule in their comments to the SEC. “Oxfam welcomes the Proposed Rule, which requires public, company-by-company, and contract-based project-level disclosure. We support the Commission’s efforts to align the Rule with the disclosure regimes in Canada and the European Union.”

However, the subsequent overturning of this rule by the Senate did not go over well with Oxfam, according to The Hill. “Voting to roll-back basic transparency rules provides zero benefits for the public but will instead allow corrupt elites to continue to stuff their pockets with oil money and steal from their citizens,” said Oxfam American senior policy advisor Isabel Munilla.

The effects of a Republican-dominated Congress and the Trump administration’s initiation of business friendly policies clearly contributed to the overturning of this rule. The recent announcement that the Trump administration would be enabling construction of the Keystone XL and Dakota Access pipelines, in addition to the appointment of former ExxonMobil CEO Rex Tillerson to the position of Secretary of State, reveals a definite trend in the objectives of the new administration.