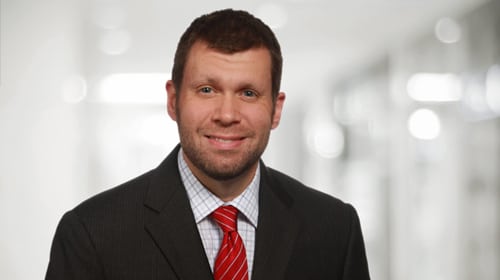 Class certification in the oil patch frequently revolves around whether the putative class can satisfy Rule 23’s commonality and predominance requirements. The recent trend has been toward increasingly troubling developments for operators, including courts that focus on ostensibly “common” facts that are irrelevant to the claims asserted or, worse yet, courts that have more or less marginalized material differences in lease forms that should have represented a barrier to class treatment. In August, the United States Court of Appeals for the Sixth Circuit entered the fray, issuing another decision that is by no means friendly to the industry.

The opinion, Zehentbauer Family Land LP v. Chesapeake Exploration LLC, is notable because it stands at the intersection of motions to dismiss and motions for class certification. Dismissal motions often receive special scrutiny in the class context, and surviving dismissal is of course a necessary prerequisite to filing a class certification motion. By the time litigation reaches the certification stage, the exposure for defendants can be so great that settlements are not uncommon even when the plaintiffs’ merits case is weak. After all, the prospect of facing off against thousands of plaintiffs – rather than just a handful of individual ones – can transform the defense against even marginal claims into an exercise fraught with risk and uncertainty.

Crediting the arguments advanced by the defendant operators in Zehentbauer, the representative plaintiffs engaged in a bait-and-switch. In particular, at the motion-to-dismiss stage, the plaintiffs placed primary emphasis on the theory that Chesapeake and Total had “breached the leases by selling oil and gas to the defendants’ midstream affiliates at below-market prices” (although the complaint did contain cursory, passing references to the improper deduction of post-production expenses). Under the affiliate-sales theory, the plaintiffs would have to “show that the defendants’ royalty payments were based on sale prices that fell below what an unaffiliated company would have paid for the oil and gas at the wellhead,” and, critically, “the inquiry to determine these market prices is highly individualized because the market prices depend on the quality of the oil and gas sold at each well, the quantity of the oil and gas so sold, and the proximity of the well to processing facilities and downstream markets.”

The Sixth Circuit agreed that the plaintiffs could not carry their Rule 23 burden on the claim that the affiliate sales were made at below-market prices. But the undivided appellate panel determined that this did not preclude class certification since the plaintiffs withdrew the affiliate-sales claim on appeal, arguing that they would instead proceed solely on their allegations of the improper deduction of post-production expenses. From the operators’ perspective, this was a kind of gamesmanship: “present[ing] a plausible breach-of-contract theory that would survive an initial motion to dismiss,” and then changing course by “advanc[ing] a different, implausible theory of breach that would propel a motion for class certification.”

Regardless of whether the operators are correct in this particular case, there is a lesson to be learned. When defending against lease claims in a putative class action, operators must be sensitive to every factual wrinkle in the complaint. No allegation should be dismissed as window dressing or mere boilerplate. What might initially seem like an insignificant allegation, in other words, could later become the crux of the plaintiffs’ case. Realizing this too late in the proceedings could amount to a lost opportunity to target those allegations – early on, before the plaintiffs can seek class certification – by way of a motion to dismiss.