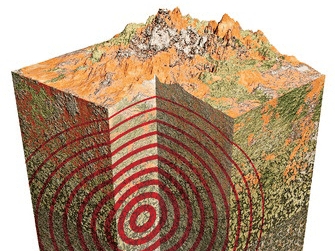 Texas Commissioners Christi Craddick and David Porter have called for hearings to review the status of the permits for two disposal well operators in central Texas following the release of new research that alleges a connection between operation of the wells and seismic activity.

Craddick and Porter on April 24 announced they will hold show-cause proceedings on June 10 and 11 for XTO Energy and June 15 and 16 for Enervest.

The announcement came after the publication on April 21 in Nature Communications of a Southern Methodist University (SMU) research study claiming that, on the basis of modeling results and the absence of historical earthquakes in the Azle, Texas, region, brine production combined with wastewater disposal represents the most likely cause of recent seismicity near Azle.

“What’s significant with this action taken by two of the three [Railroad Commission of Texas (RRC)] commissioners is that they were focused on particular operators and that they seemingly were persuaded by the SMU study that there was a sufficient basis to require these operators to attend a hearing,” Scott Sherman, an attorney in Bracewell & Giuliani’s Energy and Environmental Strategies practices in Houston, told Oilman on May 7.

A show-cause proceeding at the RRC is not typical, according to Sherman.

“You may see somebody be brought into show-cause proceedings when they need to plug a well and that operator is long gone,” he said. “A show cause proceeding for a disposal well only happens once every couple of years.”

Sherman believes that the commissioners’ decision to go directly to hearings is significant for the industry.

“To have this undertaking based on one study focusing on those specific wells is a signal to the industry that the commission was not done with this issue when they completed their rulemaking at the end of last year for new permits,” he said. “They’re saying that, even if you already have your permit, if there are concerns about seismicity, they’re going to ask you to come forward in one of these types of proceedings.”

In a separate April 23 announcement, the RRC said that Commissioner Ryan Sitton directed RRC staff to invite representatives of SMU, the well operators, and the public to attend a public meeting to address the findings in the report.

The public meeting and the show cause proceedings are two different events.

“The two show cause proceedings are more formal proceedings with a hearing examiner and opportunities for the operators to provide evidence with counsel to develop a specific record relating to their well that would result in a recommendation by the hearing examiner to the commissioners about whether the permit should remain active, be terminated, modified or suspended,” Sherman said.

Sherman noted that there will be specific rights and responsibilities adjudicated at the show cause proceedings.

“Sitton’s public hearing will give people the opportunity to come in and talk, and people may file written documents that would be developed into an informational record, but nobody’s permits are at issue,” he said.

A date for the public meeting has not been determined.

According to Sherman, the show-cause hearings could take anywhere from a couple of hours to a couple of days.

He said that the hearing examiner will have an opportunity to ask questions and request additional briefings.

“Once a proposal for decision is prepared by the hearing examiner, there will also be opportunities for the companies to file exceptions or objections, and it could be an estimated six weeks to two months before the matter goes before the three commissioners,” he said.

Sherman estimated that it may be September before the RRC acts on the hearing examiner’s proposal.

They said that their analysis demonstrated that brine production combined with wastewater injection generates more significant subsurface stress changes at earthquake depths than regional groundwater or lake level changes. Regional geologic interpretations and historical accounts of regional seismicity independently suggested that natural tectonic stress changes represented an unlikely cause of earthquakes in Azle, according to the study.

“The analysis therefore indicates subsurface stress changes associated with brine production and wastewater injection represents the most probable cause of recent earthquakes in the Azle area,” they said. “The study highlights the need for better subsurface pore pressure and seismic monitoring to address future potential-induced seismicity hazards.”