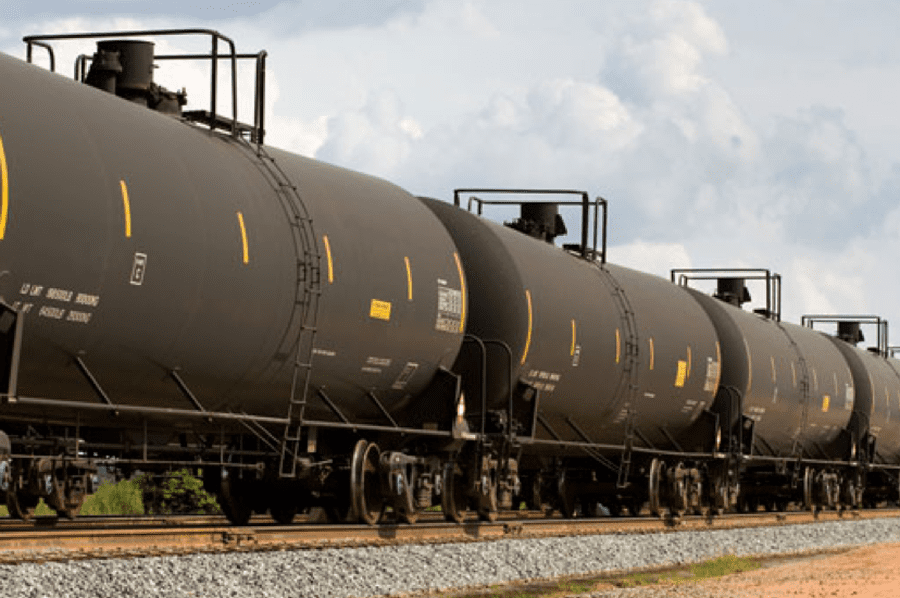 Some of the very first barrels of crude oil produced in this country were transported in a system designed to move crude from Western Pennsylvania to markets on the East Coast. Then, as now, more efficient methods of transportation were eventually developed and deployed. However, rail transportation has always played a key role in moving production from newly developed oil and gas fields to refineries and other end use facilities.

Most primary and secondary oil field production is suitable for rail transportation, except for materials that require pressure of over 300 psi. This could eliminate some Y-grade streams that have a high ethane content. This also illustrates the need to use the appropriate type of rail tank car for shipment of crude oil and natural gas liquids.

Since an accident involving a crude oil train at Lac Megantic, Quebec, Canada in 2013 there has been a series of regulations enacted governing the type of rail tank car that can be used to ship crude oil. As such, most of the major railroads (referred to as the Class I rail carriers) have required exclusive use of this type of the rail tank car, the “DOT 117” for most, if not all, rail movements of crude oil and ethanol. The supply of DOT 117 tank cars can be variable and relatively expensive, so a reasonable lead time for acquiring the cars should be considered.

Natural gas liquids, both Y-grade and purity products, are shipped in what is commonly called a pressure or LPG tank car. These are generally in plentiful supply, but there can be periods of tightness in the market. Both crude oil tank cars and LPG tank cars are not supplied by the railroads hauling the cars and products. These cars must be procured in the rail car leasing market; although purchasing the rail cars outright is also an option. Whether leased or purchased, a rail tank car capable of hauling 700 barrels of product is an asset valued at $125,000 – $150,000, and lease terms are not typically less than three years. So, high utilization rates for these cars are required to make the investment worthwhile.

This is often accomplished by shipping as many cars as possible at one time. This allows the railroads to bypass some of the classification and handling events required to move rail cars through their systems. A popular option is the use of “unit trains.” A unit train is comprised of between 80 and 120 similar rail tank cars moving from one origin to one destination. A unit train will utilize “dedicated” locomotive power units and bypass many of the rail system classification facilities.

However, to utilize unit train service, the loading facilities at origin and the unloading facilities at destination must be capable of staging all the rail tank cars so they can be pulled from the origin and delivered to the destination at one time. The capabilities and design of these facilities must meet exacting standards set by the serving railroads and the process of designing and commissioning a new facility can often take several years.

There is also a regulatory and safety component involved with the loading and unloading of rail tank cars. The rail tank cars must be inspected prior to each movement to make sure the rail car components are within established compliance standards. There are also extensive regulations regarding the product loading process and securement of the rail tank car.

In addition to everything mentioned above, the most leveraging element of moving crude oil and natural gas liquids by rail is the direct cost of doing so. This is referred to as the “freight rate” in the rail industry and the process to obtain a freight rate can be challenging, to say the least. For all practical purposes, there is no effective economic regulation of rail freight rates, so a unit train freight rate from one origin facility to one destination facility of one product (commodity) in one type of rail car is negotiated on a single event basis.

For less than unit trainload quantities, there are so called “public rates”, which an individual railroad will make available to anyone who meets the parameters of that public freight rate. Most of these freight rates are web site based for ease of reference, but generally only apply to movements on a single railroad. Often a movement from a particular origin facility to a particular destination facility will require two or more railroads; this result in what is called a “joint line” rate or “through rate.” These types of rates are almost always negotiated on a case-by-case basis.

It should be noted that the railroads have a variety of drivers that govern the process of determining a freight rate offer. In general, the railroads tend to think of opportunities in the context of how it will impact their current operations. There has been a trend over the last few years to adopt and operating philosophy called PSR (Precision Scheduled Railroading), which, by its nature, is very short-term focused and looks to optimize current operations. A new economic opportunity, like a crude oil unit train, that can represent a substantial network impact, may not be looked upon favorably from the operations point of view.

When you roll all of the above together, it becomes apparent that movement of crude oil and natural gas liquids by rail is a complex undertaking. Also, the time required to put together all the various components could exceed the time frame during which the opportunity exists or when the margins are favorable. Fortunately, there has been a good deal of infrastructure developed which will support and facilitate rail transportation. This infrastructure exists in many of the producing basins and selected end use markets. Utilizing one of these existing facilities can greatly shorten the time to market if the other factors are favorable.

There are also options available to shippers of crude oil and natural gas liquids by utilizing the services of an established rail logistics services firm. If rail transportation is not a core competency or an infrequent functional activity, then building and maintaining the subject matter expertise and industry relationships can be time consuming and costly. A rail logistics services firm that is active in the freight transportation and rail equipment markets can quickly analyze the requirements for a new movement of crude oil or natural gas liquids. With the requirements determined and timing estimated, a strategy and implementation plan can be developed.

Rail logistic services providers, such as Lodestar Rail Services, are experts and leaders in the industry. They are committed to providing the highest level of service to their customers by creating customized solutions. With over 125 years of combined experience in the transportation, petrochemicals and energy sectors Lodestar Rail Services is focused on bringing commodities to their respective markets.

Regardless of the path a potential shipper may take, it is apparent that timing is key due to the interrelationships between the various components. There is no substitute for a well-thought-out plan, which considers multiple scenarios. As a market to market spread opportunity may arise quickly and have a short window, it would be prudent to develop a rail logistics plan well in advance of the actual requirement to move the material. Having some of the components locked would shorten the overall time to market.

Mr. Howell is Chairman of Lodestar Logistics Corporation, a Houston-based provider of logistics and supply chain operations and advisory services, and Founder and President of Lodestar Energy Group, a developer of logistics infrastructure projects. A native of San Antonio, Texas, Mr. Howell began his career with Howell Corporation, a closely held, NYSE listed, diversified energy company in Houston, Texas. Mr. Howell held positions including Crude Oil Acquisition Manager for the Gulf Coast, and Vice President, Transportation. Mr. Howell was responsible for all field operations in the gathering and movement of crude oil for the Company. In 1989, he became President, Howell Transportation Services, Inc., coordinating all crude oil and refined products distribution operations for the Company. In 1996, Mr. Howell founded Lodestar Logistics Corporation, purchased Howell Transportation Services, and began developing a range of logistics services benefiting the stakeholders involved in industrial products transportation. In 2015, Mr. Howell founded Lodestar Energy Group to pursue the development of logistics infrastructure projects in support of the extraction and petrochemical industries. Mr. Howell holds a BBA degree from The University of Texas at Austin and a MBA from the University of Houston.