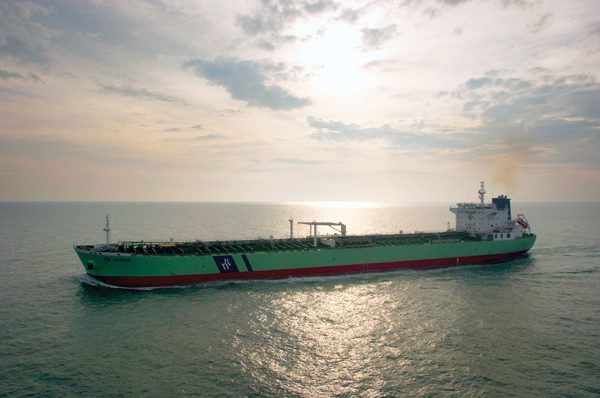 In a growing debate over the right future for U.S. crude oil, there is one reality upon which both sides agree: the U.S. is in the midst of an unprecedented oil boom, and industry, policy, and infrastructure are unprepared for it.

How the U.S. should handle this growing supply has become a sticking point. Should government lift a decades-old ban on crude oil export and allow a free trade environment, or should the ban be upheld, with consideration for new exceptions similar to those in place now? And under which scenario can the U.S. be assured of a secure energy future and consumers be assured of affordable energy prices?

Events On The Ground

Those reports had taken the industry by surprise in June, given that condensate has been classified traditionally as a crude oil, and crude oil export has been banned – except under certain circumstances – by the Energy Policy and Conservation Act since the 1970s.  Refined petroleum products, on the other hand, can be exported.

“[Discussions with BIS] led to a proper ruling on the export of processed condensate that is consistent with current regulations and did not require a change in policy,” said James Teague, chief operating officer of EPP, during a July 31 earnings call.

Scott Sheffield, chief executive officer of PNR, further confirmed on an Aug. 5 earnings call that PNR asked BIS if they agreed with PNR’s definition that their condensate is a product.

“We run it through distillation units in Eagle Ford at several of our central gathering plants,” Sheffield said. “It is a petroleum product.”

According to John Auers, executive vice president of Dallas-based consulting firm Turner, Mason & Co., it appears that when BIS made its ruling, or clarification, as they called it, they did it without coordination with other government branches, even the White House.

“I think they didn’t think it was a big deal,” Auers said. “As people looked at the clarification, they thought, ‘This could be a big deal,’ and BIS didn’t expect that reaction.”

BIS quickly stepped back from its original position in July to study the situation and “go slowly” on how to proceed, Auers added.

EPP and PNR, however, took action on the clarification and began executing export plans immediately. The first condensate cargo of 400,000 barrels from Eagle Ford, most of which was PNR’s product, was exported by EPP in late July, according to the companies.

“There is tremendous international interest – primarily in Asia – to pick up this condensate,” Sheffield said.

“BW Group was, ultimately, uniquely positioned because when the opportunity for the first cargo of condensate became available, we could provide both clean and dirty LR1 product tankers on demand,” the company said.

PNR anticipates it will continue monthly shipments through the end of the year.

During the Aug. 5 PNR earnings call, Sheffield said that, despite the progress in condensate exports over the summer, the company continues to work with Congress and the current administration to remove the export ban on crude oil as soon as possible.

“We are making progress on the education process, and most people see it as being very beneficial,” he said, adding that he is optimistic the ban could be lifted between now and the start of the next administration, and “no later than ’17.”

At issue is significant and largely unanticipated growth in U.S. production in recent years and how the market will handle that growth.

Additionally, domestic production is anticipated to plateau near 9.6 million bbl/d between 2017 and 2020, while production could reach 13.3 million bbl/d by 2036. Recent U.S. crude oil production growth has consisted primarily of lighter, sweet crude (specifically condensates with API gravity of 40+), and production of this lighter crude will outpace medium and heavier crudes, according to EIA.

Two pieces of legislation in support of lifting the export ban were introduced to Congress earlier this year.

In April, Rep. Michael McCaul (R-TX-10) sponsored H.R. 4349, the Crude Oil Export Act. As of August, it had been referred to the House Committee on Foreign Affairs Subcommittee on Terrorism, Nonproliferation, and Trade.

The Crude Oil Export Act amends the Energy Policy and Conservation Act to repeal the authority of the President to restrict exports of (1) coal, petroleum products, natural gas, or petrochemical feedstocks, and (2) materials or equipment which he determines necessary for either exploration, production, refining, or transportation of energy supplies, or for construction or maintenance of energy facilities within the U.S. It also amends the Mineral Leasing Act to repeal limitations on exports of oil and declares without force or effect the limitation placed on crude oil exports by the Export Administration Act of 1979.

Sen. Ted Cruz (R-TX) sponsored a similar bill, the American Energy Renaissance Act of 2014, S.2170/H.R. 4286, which was referred to the Subcommittee on the Constitution and Civil Justice in mid-April.

The Subcommittee on Terrorism, Nonproliferation, and Trade held a hearing April 2, called “The Crude Truth: Evaluating U.S. Energy Trade Policy,” to examine the crude oil export ban and its implications for the U.S. economy.

“Unfortunately, the majority of refineries connected to production sites are built to handle heavy sour crude,” said Congressman Ted Poe (R-TX), chairman of the subcommittee, in opening remarks. “We need new refineries, new pipelines to be built to process the light crude but, of course, that will take years.”

The points of consideration put before the committee, Poe noted, were whether lifting the ban would “one, help the U.S. economy, two, lower gasoline prices, and three, have a positive impact on American consumers.”

Expert witnesses for the hearing debated these issues with little consensus.

Michael Jennings, president and chief executive officer of Dallas-based HollyFrontier Corp. (NYSE:HFC), told the committee that crude oil exports by the U.S. are likely to raise domestic crude prices and increase retail gasoline prices in the markets that HollyFrontier services by $0.10 to $0.15 per gallon of gasoline.

“Crude exports on the part of a country that imports nearly half of its crude oil requirements are, in our view, very unlikely to improve energy security or advance national interest, as we will simply make ourselves more dependent upon crude oil imports as we export our own crude,” Jennings said.

HollyFrontier is a domestic independent refining company with five petroleum refineries in the Central and Rocky Mountain states. The company buys crude oil from producers and distributes it through convenience stores and retailers, producing about 2.5% of U.S. daily gasoline, diesel, and related petroleum products usage.

Erik Milito, director of upstream and industry operations for the American Petroleum Institute (API), argued that gasoline is tied to a global market, and lifting the export ban would put downward pressure on gas prices. Milito introduced an API sponsored study by ICF International to the committee that showed the cost of gas, heating oil, and diesel fuel would fall if exports were allowed, saving consumers in the U.S. up to $5.8 billion per year on average between 2015 and 2035.

HollyFrontier’s Jennings cautioned the committee to consider the fact that the global crude market does not operate under free trade.

“It is dominated by OPEC, which is a cartel, and the country of Russia,” Jennings said. “Neither of these entities have free trade at their hearts. They are protecting their own domestic interests in cartel-setting volume requirements and other behavior.”

In the final testimony for the hearing, Deborah Gordon, senior associate, energy and climate program at Carnegie Endowment for International Peace, said that the right answer to whether to reverse a 40-year decision to ban U.S. crude oil exports was not yes or no.

“The situation is far more complex than those in favor or against lifting the U.S. crude oil [export] ban suggest,” Gordon said.

Instead, she proposed that policymakers consider three questions.

First, given that the U.S. can already export unlimited volumes of petroleum products, under what condition should it also be allowed to export crude oil?

“A go-slow policy on oil exports is needed to allow the U.S. and other nations to adjust to North America’s increased oil capacity,” she said.

Second, who would benefit most from reversing the ban?

Opinions vary widely and may not align with U.S. policymakers’ overall goals, she said.

Oil producers and lease holders advocate lifting the ban. Refiners are split as to whether or not to lift the ban depending on operational and geographic factors that determine their bottom lines. Manufacturers do not yet appear to have a unified position. U.S. consumers are concerned about gas prices, and industry analysts argue that crude markets are complicated and relaxing the oil export ban could invite cost-cutting arbitrage of U.S. and international crude with unpredictable outcomes.

The U.S. would need to consider its climate responsibility as both a producer and a consumer, its capacity to create market transparency on a growing array of oils, and policy leadership to efficiently cut carbon out of the oil value chain.

“The burning question,” Gordon concluded, “is whether America can manage the economic, security, and climate impacts of its new oil bounty.”