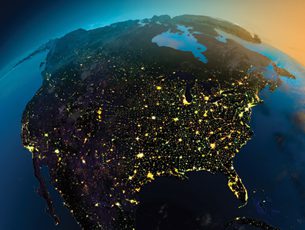 Lost in all the media hoopla about President Obama’s recent announcement of EPA carbon emission regulations was this news that coal was in fact the fastest-growing fossil fuel globally in 2013. That’s right: despite all of the hundreds of billions of dollars in government subsidies for renewable fuels spent in the United States, Germany, Spain, France and myriad other countries over the last 40 years, and despite all of the hyperbolic rhetoric and goofy signage deployed by the professional protest crowd that makes up most of our climate alarmist population, the use of coal grew at a faster pace in 2013 than any other fossil fuel.

There is a very valid and important reason for this that professional alarmists like Bill McKibben and Al Gore studiously ignore: countries need abundant supplies of affordable energy in order for their economies to grow. The United States is fortunate to have a scalable alternative to coal, thanks to the massive new supplies of shale natural gas that have been unlocked in recent years by advancing technology. Our country can afford to force the retirement of older coal-fired power generation thanks to the existence of this abundant, affordable, and most importantly, scalable alternative.

Globally, we currently see a different story. Across the world, no source of fuel for use in power generation is more abundant or affordable than coal. That is reality, and until that reality changes, not much else about the global energy mix will change.

And here we get to the main challenge climate alarmists face: how do we replace the energy sources they propose to eliminate via regulation or outright government bans? McKibben talks about eliminating virtually all fossil fuel usage within the next few decades, yet the recently released BP Global Energy Outlook projects that, by 2035, fossil fuels will make up an 81% share of the world’s total energy mix, barely down from 86% in 2012.

Renewables, other than hydroelectric, would gain from their current 2% of the mix to 7%. Indeed, even that projection seems somewhat optimistic where renewables are concerned, given that their share of the global energy mix has not increased at all since 1998, despite all the massive government subsidy efforts around the world.

Promoters of renewables have for decades talked about how nebulous leaps in technology that would make their preferred projects competitive in the marketplace are just around the corner, but that corner seems to be more of an unending, gradual curve. Meanwhile, governments in developed nations like Spain and Germany that have in recent years embarked on massive subsidy and mandate programs designed to artificially increase market share for renewable fuel sources find themselves today in budgetary crises due to overspending and facing furious publics tired of paying hyper-inflated utility bills. Both countries recently announced they are now backing away from their subsidy and mandate regimes, with Germany somewhat ironically now encouraging more coal-fired generation to be built.

Nowhere is the alarmist conundrum more evident than when discussing what they propose developing nations do in the future to secure the energy sources necessary to have any hope of moving their own people out of poverty. McKibben openly talks about the need to end economic growth as a goal, and then embellishes his central concept with a lot of distracting, flowery language about the need to make growth “more local”, and other nonsense that no economist actually believes.

Let’s be clear here: The reality is that economic growth – fueled by abundant, affordable energy – has moved billions of human beings out of poverty over the past 150 years, and it is the only real hope developing nations have of moving their own billions of human beings out of their existing poverty in the coming 150 years. This is simply not a truly arguable point.

To this point, the alarmists have been able to float along without having to offer any real alternatives to fossil fuels thanks to an utter lack of curiosity on the part of most news reporters and editors. The next time Mr. McKibben is asked a tough question by a news reporter will be the first time that has happened.

The Manhattan Institute’s Robert Bryce, in a great piece in the Wall Street Journal, did the math on what it would take for wind energy just to keep up with global growth in energy demand:

Merely to keep pace with the global growth in electricity demand would require the installation of about 280,000 megawatts of new wind-energy capacity every year. According to several academic studies, the areal power density of wind energy—that is, the amount of power that can be derived from a given amount of land—is about one watt per square meter. This means that installing the requisite additional wind capacity would require covering about 280,000 square kilometers (108,000 square miles of land)—an area nearly the size of Italy—with wind turbines, every year.

There are only so many land masses the size of Italy to be dedicated to renewable energy before we begin to run out. Yet, no one in the American news media wants to pose these very real, pressing questions to McKibben and his fellow alarmists.

But the questions remain, and the conundrum is very real. How do we replace 86% of the world’s energy mix without forcing everyone to live in abject poverty? At this time, no one, including Messrs. Gore and McKibben, have any real, viable answer.