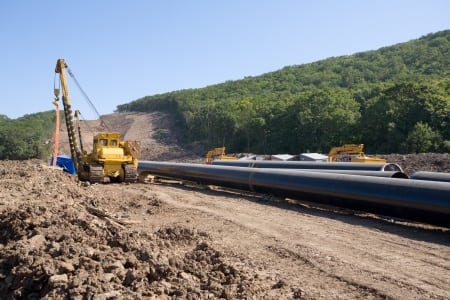 Following an official announcement from President Barack Obama on Nov. 6 that his administration will deny TransCanada’s permit application for the Keystone XL pipeline project, the developer said it will review all of its options to move the project forward.

Those options, TransCanada said, would include filing a new application to receive a Presidential Permit for a cross border crude oil pipeline from Canada to the U.S.

“TransCanada and its shippers remain absolutely committed to building this important energy infrastructure project,” Russ Girling, president and CEO of TransCanada, said in a statement. “We will review our options to potentially file a new application for border-crossing authority to ship our customer’s crude oil, and will now analyze the stated rationale for the denial.”

Girling added that TransCanada continues to have the support of American and Canadian workers, labor organizations, industry and most of all, the American and Canadian people. He said that with their continued support, the company believes that a pipeline will eventually be built, as the project is the safest, most economically efficient means of getting crude oil to market.

In a press conference on Nov. 6, Obama said that Secretary John Kerry informed him that, after extensive public outreach and consultation with other cabinet agencies, the State Department decided that the Keystone XL pipeline would not serve the national interests of the U.S.

Obama said that he agreed with the State Department’s decision.

Obama earlier this year vetoed legislation approved by Congress that would have approved the Keystone XL project.

In a statement provided by the State Department, Kerry said that the critical factor in his determination was that moving forward with the project would “significantly undermine our ability to continue leading the world in combatting climate change.”

TransCanada on Nov. 2 submitted a request to the State Department to put a pause on its review of the Keystone XL project.

Girling said in a statement that the company was seeking the pause based on the fact that TransCanada had applied to the Nebraska Public Service Commission for approval of its preferred route in the state.

“I note that when the status of the Nebraska pipeline route was challenged last year, the State Department found it appropriate to suspend its review until that dispute was resolved,” Girling said. “We feel under the current circumstances a similar suspension would be appropriate.”