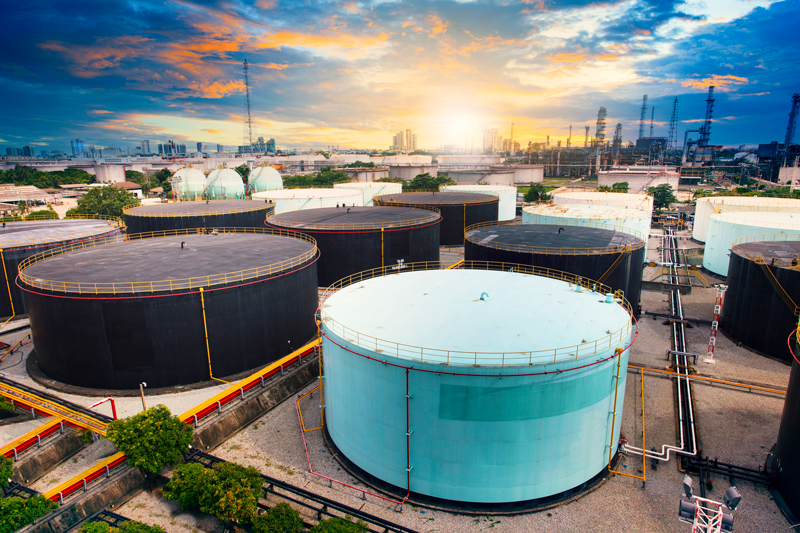 Owners of oil lease tanks have been constrained by lack of technology and outdated regulations from being able to fully utilize automation in their tanks. Automatic tank gauging for oil lease tanks has lacked the necessary technology to meet the requirements of cost, accuracy, water detection, temperature measurement, and overfill protection without tank modifications. Even if the technology existed, regulations did not allow for tank owners to take advantage of any investment in automatic tank gauging with the outdated requirement that custody transfer still required a manual hand gauge. Both hurdles can now be overcome with advancements in automatic tank gauging for oil lease tanks and changes set forth by the Bureau of Land Management (BLM).

When comparing the technologies, make sure to look at the needed features/specifications and compare the overall installed costs of the tank gauging system and not just the level transmitter. To adequately report inventory, you will need to monitor two liquid levels, temperature, and calculate volume. The first liquid level is the product level in the tank and, for oil lease tanks, this is the desired product of crude oil or condensate. The second liquid level is to detect or monitor the water level in the tank. The water level is needed to distinguish how much product is in the tank versus the overall level. A temperature measurement is needed for the volume calculation to be able to determine the net volume instead of the gross volume in the tank. Net volume calculations are used to remove the influence of physical expansion and contraction with temperature fluctuations. Without product level, water level, temperature, and volume, the automatic tank gauge is not able to fully monitor the tank.

Each automatic tank gauge system is different as each uses a different technology and requires different equipment. The differences can add up to a large difference in the installed costs of the system. The installed cost includes any and all costs to install the system and receive the information in the control room. A partial list would include level transmitter, cable, conduit, secondary devices, auxiliary equipment, and/or specialty tools. Even if the level transmitters are comparable in costs, the installed costs of the system can vary by thousands of dollars. Be particular and research the details of each system and each technology.

Most of the level measurement technologies (radar, guided wave radar, ultrasonic, and servo) do not offer the ability to measure the temperature of the liquid without a secondary device. A secondary device could require a second opening and typically oil lease tanks do not have spare openings. The cost of tank modifications would eliminate the cost competitiveness of that system. For some of the technologies, the secondary device is a combination temperature sensors and water level/detection sensor, as the primary device can only measure one liquid level and this reduces the need for a third opening. The installed cost of these technologies is typically higher due to the extra equipment that is needed to complete the overall tank gauging system.

Out of all of the technologies only two, reed switch and magnetostrictive, can provide a product level, interface level for water detection, and temperature measurement from a single opening. These two technologies are going to offer a better installed cost as they do not require secondary devices or tank modifications. The difference between magnetostrictive and reed switch comes down to performance, as magnetostrictive level transmitters are more accurate, field repairable, and offer additional features such as volume measurement from the level transmitter and integral HI level switch.

MTS Sensors, pioneer and world leader in magnetostrictive technology, has recently released the LevelLimit 5-IN-1 level transmitter that is capable of providing oil level, water level/detection, average temperature of up to 16 individual temperature points, volume, and overfill protection from a single opening in an oil lease tank. The advancement in technology allows for all of the critical measurements of the tank to be performed automatically by a single device and utilize the standard 4” FNPT opening in most oil lease tanks. The HI level switch is electrically isolated from the level measurement electronics to provide a higher level of safety to the overall system. The HI level switch and the level measurement share the same mechanical pipe that goes into the tank to allow for mounting of both a level measurement device for inventory control or custody transfer and HI level switch for overfill protection in the single tank opening. The HI level switch is a Digital I/O signal and includes a mechanical manual test for verification of the switch.

The LevelLimit features magnetostrictive technology for providing high accuracy for the product level of the crude oil or condensate along with an interface measurement of basic sediment and water (BS&W). The LevelLimit meets the requirements of American Petroleum Institute (API) Chapter 3.1B Standard Practice for Level Measurement of Liquid Hydrocarbons in Stationary Tanks by Automatic Tank Gauging, Chapter 18.2 Custody Transfer of Crude Oil From Lease Tanks Using Alternative Measurement Methods, and Chapter 7.3 Temperature Determination – Fixed Automatic Tank Temperature Systems. These API standards help ensure that instrumentation is meeting the needs of the end user and are helpful in determining proper devices.

The BLM is responsible for managing public lands for a variety of uses such as energy development, livestock grazing, recreation, and timber harvesting while ensuring natural, cultural, and historic resources are maintained for present and future use. The BLM is responsible for one in every ten acres of land in the United States including over 25 million acres of oil leases. In response to growing concerns by oil lease tank owners and operators, the BLM looked to update some of the standards to incorporate the latest industry standards, address gaps in existing regulations, and update industry standards incorporated by reference.

One of the gaps in the regulations was the requirement to hand gauge all tanks before custody transfer of the product. The regulation forced manual operations and puts workers at risk by requiring them to go on the top of tanks daily. Also, with the requirement for manual gauging, there was no incentive for tank owners to invest in automatic tank gauging as they are not allowed to use it for custody transfer.

Tank owners are no longer constrained by outdated regulations from being able to utilize an automatic tank gauging system. The new regulations allow the automatic tank gauge to be used for custody transfer and temperature measurement. Technicians are no longer required to perform manual gauging, and the risk of exposing workers to the dangers that occur from being on top of a tank are reduced. The accuracy of reported tank levels will also increase as the human influence of manual gauging will be removed. The advantages of automatic tank gauging have been there but, without the regulatory approval to utilize the investment, few companies were willing to make that investment.

The advancements in automatic tank gauging technology such as the LevelLimit, along with updates to outdated regulations, have created an environment that encourages automation for tank owners. Tank owners are no longer left without the ability to automate their tanks, which is common throughout the rest of the oil and gas industry. They can automatically measure the level, perform water detection, and calculate volume. The addition of a HI level switch makes the investment into tank gauging even more desirable by including overfill protection along with inventory monitoring and custody transfer. Technicians are safer from reduced time on the tank and the process is better controlled with the inclusion of overfill protection.

Lee Aiken is the Global Market Segment Leader, Liquid Level for MTS Sensors and an active member of API committees for Ch. 3.1b and Ch. 18.2. With over 12 years of experience with automatic tank gauging, he has been published in several magazines, hosted webinars, and taught at ISHM. Aiken has a Master’s of Business Administration (MBA) and a bachelor’s in electrical engineering from North Carolina State University.