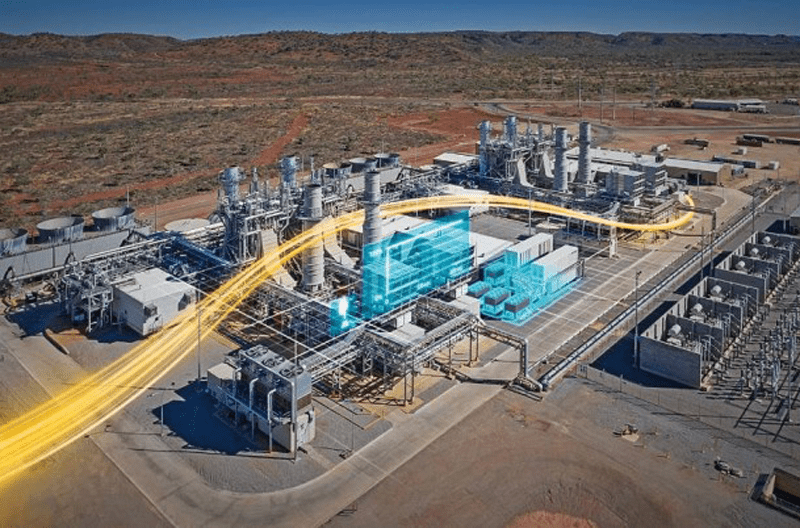 Natural gas is a mixture of hydrocarbons that contains methane (CH4) at an amount greater than 80 percent, volumes of alkanes and, in some cases, small traces of pollutants like nitrogen, sulfhydric acid, helium, or carbon dioxide. Gas comes from chemical interaction processes, among plants or decomposition of animal materials exposed to high pressures and temperatures in the subsoil.

During the 19th century, gas started to be used as a power source in American households as a fuel for lighting. With the birth of electricity, gas was shifted to the uses of heating, but in the last quarter of the 20th century and today, it has become the hydrocarbon generator of electric power par excellence, because the CO2 emissions are low.

After the process of gas production, the cleaning process is next. This is due to the amount of pollutants that gas can contract from the deposit and that they can destroy the transportation facilities.

On the other hand, we have the enrichment process. This is the process whereby the gas quality is improved, extracting helium and nitrogen to leave the most energetically attractive components in function, such as methane (CH4) or propane and ethane.

The EIA (U.S. Energy Information Administration) explains that thanks to the implementation of new technologies, the amount of hydrocarbon-producing wells grew from 729,000 wells in 2000, to more than 982,000 wells by the end of 2019 in the United States, producing 12.04 million oil barrels per day (b/d), and a gas production of 97.59 million cubic feet per day (bcf/d), it should be noted that gas production is present in more than 70 percent of the wells developed for 2019.

Although the well has the duality of producing gas and oil at the same time, it is absolutely necessary to know which wells are oil-producing and which are gas-producing, the best way to do this is taking at a look at the annual close of the well production. The term gas/oil ratio (GOR) is defined as the number of cubic feet of gas per oil barrel produced. If at the close of a year, the well is above the 6,000 cubic feet per barrel it is considered to be a gas well, if it is below it is considered an oil well.

The following image, provided by EIA, shows the growth of gas production in time, from 2000 to the close of 2018.

For the conversion of gas into domestic energy, there are thermoelectric power plants that operate with natural gas, unlike other electric production plants, these have the advantage of being smaller and easier to maintain, compared to a nuclear plant that is the only one that surpasses the power supply by a gas-type one.

The operation of a thermoelectric power plant with natural gas can be defined basically in three steps, like those mentioned by Bethel Afework and collaborators, in the article published in 2019 and which is named Natural Gas Power Plant, written for website www.energyeducation.ca.

It indicates that natural gas turbines are theoretically simple and have three main parts:

Compressor: Takes in air from outside of the turbine and increases its pressure.

Turbine: Extracts the energy from the gas coming from the combustor.

Taking this into account, there are two types of thermoelectric power plants that operate with natural gas, simple cycle plants and combined cycle plants.

In simple cycle plants the operation is like that of a car, that is to say by combustion, the gas enters followed by an air column to the chamber, where the combustion process happens, and these multiple explosions generate the movement of the turbine (The larger the turbine is, the greater the generation will be), the movement is catalogued as work and is in accordance with the law of thermodynamics W=E.

In combined cycle plants two thermodynamic processes occur in the same system, one comes with the other. This method of energy production uses the same law of the simple cycle including the energy generation by combustion, but in turn, it uses the heat field resulting from the combustion to heat the water. Later, this water becomes pressurized steam that influences the movement of smaller turbines, which work in parallel with the main turbine.

In either case, the axis of the turbine works as an alternator, alternators are known for producing energy from magnets. By exerting movement on the magnets, an energetic field is created; the electric receivers take advantage of this field to be converted into electric power.

In the United States, an average of 4,000 million MWh of electricity is generated for internal consumption, of which 32.1 percent comes from electric production by plants using natural gas.

For the rest of the world, a 22.9 percent trend was recorded until 2015, becoming the second-most important source of energy in the world.

In the past, gas was vented or burned. Nowadays, gas is a resource that can be found in the stock market and its price is measured by the amount of energy that this can produce (heat capacity), therefore it is measured in millions of BTU. Since March 2019, the price scale is taken in a range from $3.36/ MMBTU to $4.02/MMBTU.

The energy produced in electric power plants with the use of gas that comes from production brings a number of advantages and disadvantages:

As advantages we have:

Some of the disadvantages of this method state that:

The fusion of the oil and gas markets and the energy sector of domestic or industrial consumption was born in the first quarter of the 20th century with the use of carbon, as the necessities grew, the methods changed. Nowadays, gas is a strategic product, thanks to different technologies and the birth of new elements like graphene, the size of the electric power plants has been reduced managing to create naval thermoelectric power plants that can provide electric power for months to states and cities, as the case may be.