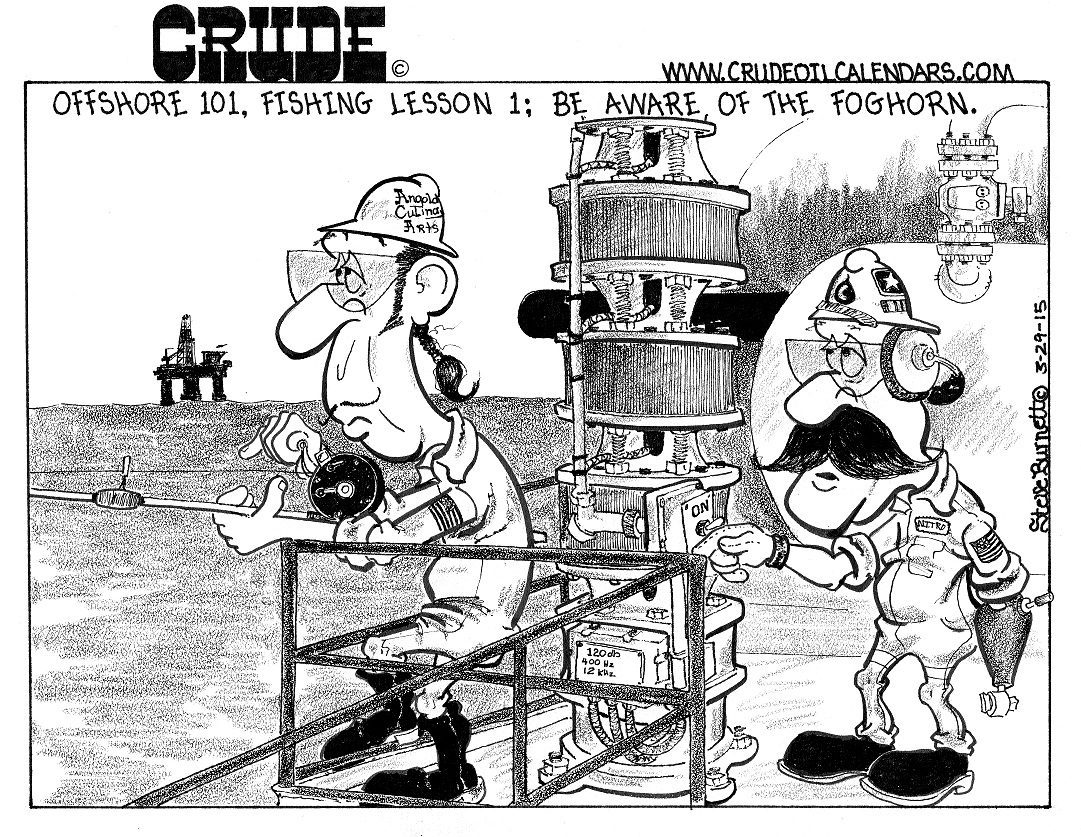 The reason for this new change in hiring practices is the fact that when the Great Crew Change takes place, the E&P companies need college educated employees to move up to take over the management positions.

I survived the $11 per barrel in 1986 working on the production end of Pennzoil’s E&P in the Gulf of Mexico. I had two brothers and my father also working in the oilfields at the time. My oldest brother was the QC manager at a manufacturing plant in Oklahoma City. While he was not working in the field, the products that his company produced supported the drilling industry. His job did not survive the downturn.

There are some who would say he did survive since he retired with a severance package. He may not have been laid off like most, but make no mistake about it, his job was cut. Since he had 37 years with the company, he was offered the package. What most people do not realize is that in his case, as in most severance packages, the option is put to the employee that, “this is a one-time offer and we cannot guarantee your job if you do not take it.”

My dad also did not have a college degree. While it was never mentioned as a qualifying reason that he lost his job when others did not, it has always been a point for me. For example, I went to high school with a guy who became an assistant production foreman with the same company my dad was working for. My former classmate kept his job after the downturn. He also had an associate degree in petroleum technology.

My former classmate is now working in the corporate headquarters in Houston for the same company. The only reason my older brother and myself did not lose our jobs was the fact that we worked in the field on the P end. I am convinced the reason my dad lost his position was the fact that he was in a management position without a college degree, even though he was in the P end. In 1986, when the price of oil hit $11, there were major layoffs in the industry and most of those were on the E end
of E&P.

Since 2011, I have been on the NCTC Petroleum Technology Campus in Bowie. We have graduated about 100 students. The majority of the students do not go to work on the E end of E&P. Most of them go to work as pumpers for E&P companies. Some of the E&P companies the students work for are Chevron, The Hunt Oil Company, EOG, Devon, Murphy, and ConocoPhillips.

The high pumper/operator employment rate could be related to a couple of facts. First, the average age of NCTC Petroleum Technology students is 38 (maybe too old to start out in drilling). Second, it could be that my 20 years in the oilfield is primarily in production (so my instructing slant is towards production).

As most of you know I am a cartoonist, so my degrees are in Art BFA, and Education Administration MEd. While none of the classes will transfer to an engineer school, the whole program will transfer to several universities in their BAAS program. These are great programs to transfer to and upgrade your value as an employee in the petroleum industry.

My contacts with the major E&P companies are informing me that they still want prospective employees to have a college degree, regardless of how much experience they have in the E end of the business.

I mentioned the exploration experience makes you a better production candidate when you add the college degree. For example one of the NCTC Petroleum Technology graduates had experience on a work-over rig. He was able to utilize that experience with his degree to move into a completions foreman position with the E&P company within two years after graduating from NCTC.

My suggestion is that if you find yourself “on vacation” from the oilfield, whether it is by choice or not, raise your value to the petroleum industry and acquire a more secure position that will allow you to survive the downturns. As much as we all hate to admit it, the ups and downs will always be part of the beast of the industry. When you upgrade with a college degree, even if it is a two-year associate degree, you open up a wide range of new opportunities for your future in the petroleum industry. If you get a degree and work a few years on the P end, it will open up more doors for you to move back to the E end when the price of oil kicks back up.

We had a “vacationing” MWD hand, John Blackwood, visit the school. He said he went to bed on drilling location Dec. 11 with a job, and woke up on Dec. 12 unemployed. He is currently scrambling around trying to locate a job in the industry. He gave the class two points of advice: stay in the program to get the degree, and go into production.

If you find yourself “on vacation” from the oilfield, give me call and chat with me about the cruise program to the P end of E&P. You can read about the program and classes at nctc.edu. Look under Technical Programs. My contact information is: sburnett@nctc.edu, or 940 872 4002 ext. 5219.