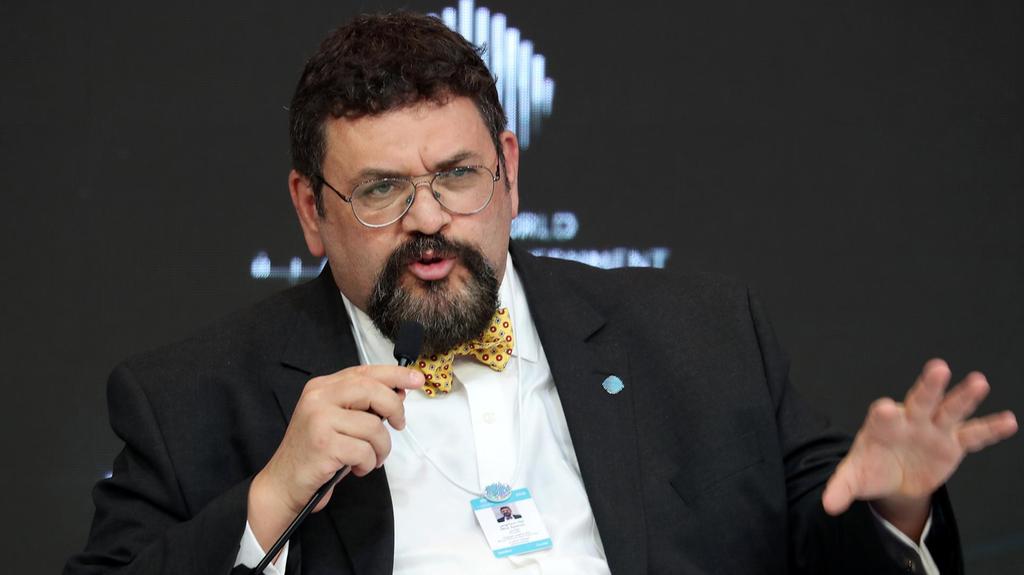 Who could have ever guessed, that when Satoshi released the white paper for the technology behind Bitcoin, known as blockchain, that it would also herald a revolution in the oil and gas industry? Writing as an early innovator at the confluence of blockchain and oil and gas — and as someone who regularly travels to the furthest reaches of the world’s leading producers, from Iraq to Venezuela, to Saudi Arabia, this marks the biggest leap since the beginning of oil production.

Currently, there are three overarching applications for blockchain in the oil and gas sector. First, the blockchain insulates sensitive data and systems from cyber terrorism. Second, it is used to streamline production, supply chain, and shipping, with seamless auditing. Third, a number of countries see blockchain in the production and shipping process as the basis for an asset-backed digital currency — a revolution in developing-world economics.

But first, what is blockchain? Blockchain is the distributed ledger platform known best for the cryptocurrencies which operate on it, such as bitcoin. In a basic sense, think of a spreadsheet that everyone has access to, where all users have consensus on who has what assets at any given time. The revolutionary development here is that there is no middleman or clearing house: all exchange on the network are directly peer-to-peer within this trust protocol. Since the ledger is decentralized, it cannot be hacked. In order to force a single change, you’d have to compromise at least 51 percent of the devices running the ledger. That’s millions of computers.

Now think back to how many leading companies suffer catastrophic hacks — like Aramco, whose 2012 hack of 30,000 workstations was the most devastating cyber-attack in history at the time. Blockchain’s ability to encrypt and distribute information across devices, instead of keeping data in a centralized database, means that data and automated operations can no longer be so easily compromised by even the most powerful adversaries. A New York Times report in March reveals these attacks still happen behind the scenes, and authorities are scared to admit even where they occurred and what infrastructure was impacted. Imagine if the industry could finally find relief from the lingering shadow of always wondering not if, but when the next cataclysmic attack will succeed.

Just as blockchain is an immutable, permission-less, and secure basis for transactions, firms can even write ‘smart contracts’ and decentralized applications — which are self-executing digital contracts that enjoy the same properties of the blockchain. Yet up until recently, the blockchain was limited to its own ecosystem for information: the big caveat was that the blockchain could not respond to dynamic real-world data and events happening on the outside. With the arrival of vendors for blockchain smart contracts, firms can now set abstract conditions within smart contract code that allow trusted outside data sources to trigger financial and other events on the blockchain.

So, what does this mean for oil and gas?

The story of oil production in the age of blockchain begins from the moment oil leaves the ground, when a digital flow meter measures each barrel. The flow meter sensor reports the event to the blockchain smart contract, which automatically generates a corresponding token for each barrel. Before these barrels can be moved or accepted by another party, the tokens must be held or transferred at each step of the process. This brings unprecedented transparency, as each point down the line, sensors and RFIDs embedded in valves and barrels, pipelines and trucks, are continuously reporting the status and location of the oil, from upstream to downstream.

The trucker, the environmental auditor, the tax assessor, the water hauler — any vendor or contractor you can name — everyone will be paid automatically only at the precise moment that the sensors have recorded a movement of the crude, and only for the exact amount that is physically verified to have transferred. Thanks to this chain-of-custody process, accounting is on-the-spot and settlements are simultaneous. Human error, manipulation, and disputes suddenly become of least concern, while overhead is slashed as back office finance professionals and traders become obsolete.

This leapfrog from the archaic past, from a still-paper-based system, to blockchain, is already in full swing. In Dubai, terminal operators can now simply upload the bills of lading to the blockchain, which is then encrypted and transferred within moments to the recipient. In a similar manner, crude tankers can be traded, with transactions verified on the blockchain within minutes, instead of hours or days — and without error.

All of these benefits suggest that the S&P Platts estimate of five percent cost savings is probably quite coy — especially when they possibly didn’t consider the benefits of blockchain for the industry’s data security.

For those who seek the security and seamlessness of blockchain, but who hesitate at the level of raw transparency blockchain’s distributed ledger can offer, there too is a solution. The data can be encrypted, with access permissioned within the system in such a way that only the “need-to-know” senior company officers and regulators are privy to the data.

During a visit to campuses in Venezuela last year, my team witnessed the lead-up to the birth of the world’s first national cryptocurrency, the Petro. Concocted as an answer to the paper Bolivar’s inflationary meltdown, the Petro was to be “backed” by the nation’s oil reserves. While the Petro’s creators were gravely wrong to think they could create a token “secured” by crude deep within the earth — lacking any redeemability for the underlying asset — they were onto something.

What this demonstrates, in principle, is that the marriage of finite natural resources and digital scarcity is a recipe for greater monetary sovereignty and economic stability. This phenomenon will feed itself back into a more positive climate for energy production, lowering prices over the long term, and other natural resource-rich economies are taking note.

Following Venezuela, we then traveled back some half-dozen times to the Middle East. On one of these trips, we were invited by the Saudi Arabian chamber of commerce for the first-ever blockchain conference, and by the end of a whistle-stop tour of leading campuses, tech hubs, and social organizations, had signed MOUs for academic partnerships — and are already welcoming Saudi students to Manhattan for intensive blockchain courses.

The surge of interest seen firsthand, ranging from Saudi Aramco’s headquarters, to little-known operators in Texas, is overwhelming. 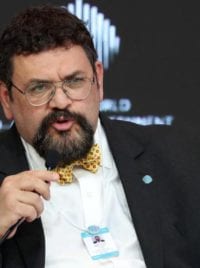 Nick Spanos is founder of Zap.org’s EnergyLedger, which tailors Zap’s next generation blockchain smart contract solutions for the energy sector. EnergyLedger is currently adding to a roster of industry advisors ahead of approval for the first patent for blockchain in the industry — making it one of the earliest
leaders in blockchain innovation for oil and gas. In 2013, he founded Bitcoin Center NYC, the world’s first-ever live cryptocurrency trading floor, directly across from the NYSE. He is also known for his role in Netflix’s Banking on Bitcoin, and within the industry for his awarded patents on the multi-branch blockchain and blockchain-secure voting platforms.