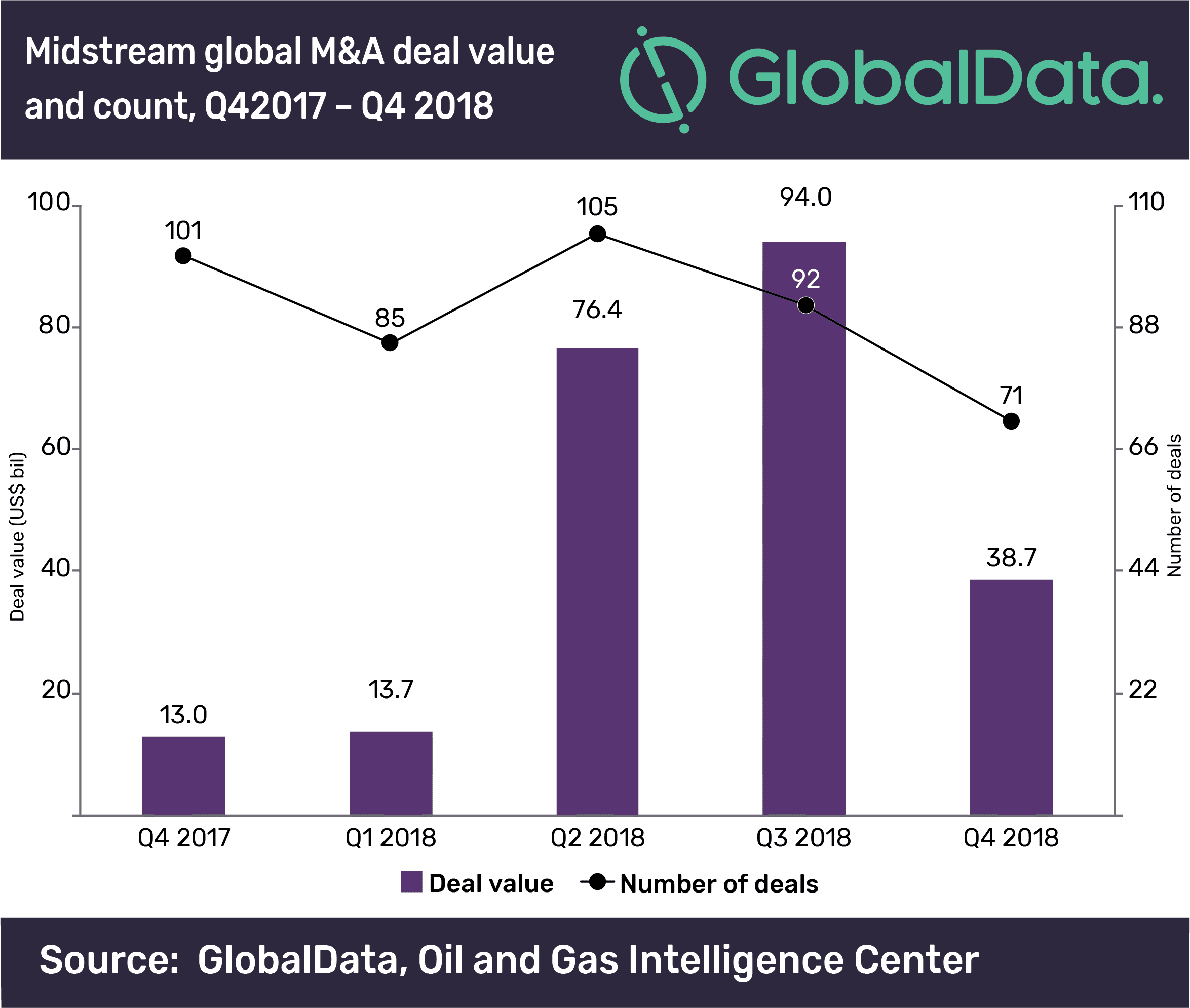 A total of 71 M&A deals with a combined value of US$38.7bn were registered in the midstream oil and gas industry in Q4 2018, according to GlobalData, a leading data and analytics company.

Of the total M&A deals, 44 deals, with a combined value of US$28.5bn were domestic acquisitions. The remaining 27, with a combined value of US$10.3bn, were cross-border transactions. A quarter-on-quarter comparison shows a marginal decrease in cross-border transaction values in Q4 2018, compared to US$10.4bn in Q3 2018. However, domestic transaction values decreased by 66 percent in Q4 2018, compared to US$83.6bn in Q3 2018.

The company’s latest report: ‘Quarterly Midstream M& Deals Review – Q4 2018’ states that there were 24 midstream M&A deals (with values greater than US$100 million), together accounting for US$38.1 billion, compared with 28 deals worth US$93.3 billion in Q3 2018, representing a decrease of 14 percent in the number of deals.