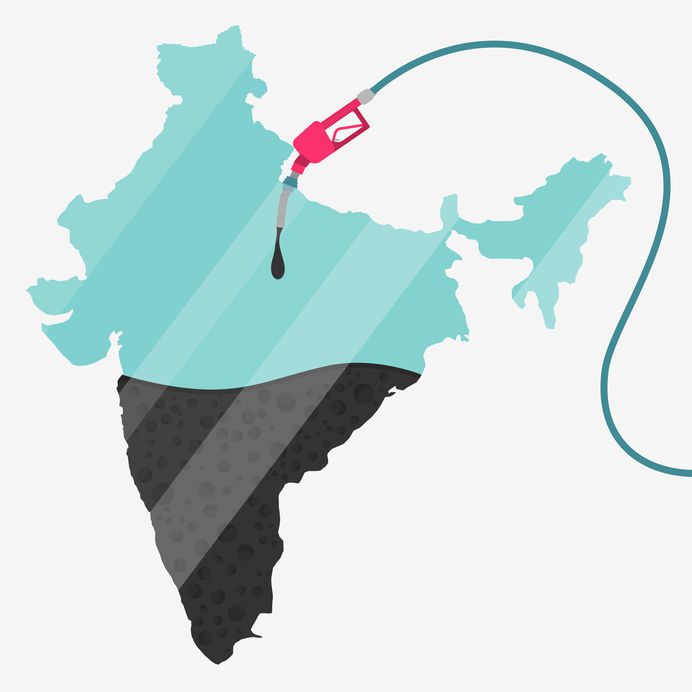 Indian refiners have reportedly delayed its May 2019 order for importing Iranian oil due to lack of clarity from Washington whether it would get its sanctions waiver extended, Reuters reported on Tuesday (April 09, 2019).

Citing four unnamed sources Reuters has reported that India hopes to get clarity in about 10 days on an extension of the waiver, as well as the amount of oil that could be purchased if an extension is given.

However, so far, India’s Oil Ministry or Indian refiners have not officially reacted to the Reuters report.

Currently, under the ongoing exemption from the U.S. sanctions on Iran, India is allowed to buy some 300,000 bpd of Iranian oil, which is almost half the amount of crude it was buying previously.

After the sanctions, India has been buying nearly 9 million barrels of Iran crude a month.

Before the re-imposition of U.S. sanctions in November 2018, Iran was India’s third-largest oil supplier behind Saudi Arabia and Iraq. Reports suggest that Iran had supplied 18.4 million tonnes of crude oil during April 2017 and January 2018 (first 10 months of 2017-18 fiscal).

Recent figures suggest that during last month Iran’s share of India’s overall imports declined to 6.2 percent from 11.7 percent a year ago.

Available data suggest that Iran was the sixth biggest oil supplier to India in December 2018 compared to the third position it held a year ago.

Iran has been selling crude just over one million barrels a day for the past few years, mostly to China, India, Japan and South Korea. Europe once accounted for purchasing roughly 400,000 barrels of Iranian crude a day. Greece, Spain, Italy, Turkey and South Africa were main customers of Iranian oil before 2012 sanctions were instituted on Tehran. However, those sanctions (2012) on Iran were lifted in the year 2016.

Currently, India imports about 83 percent of crude oil for its domestic requirement and about 62 percent of its (Indian) oil imports come from Saudi Arabia and other middle eastern countries like Iran, Iraq and Kuwait.

India’s dependence on the Middle Eastern countries for its crude oil needs has increased from 58 percent in 2014-15 to 63.7 percent in the first ten months of the last fiscal.

The available data suggest that earlier in 2018 India purchased about 13 percent more oil from Iran as refiners boosted purchases ahead of the U.S. sanctions drawn by discounts offered by Tehran.

In a written reply to a question in the lower house of the parliament (Lok Sabha), Pradhan has said that Saudi Arabia supplied 30.9 MT of crude oil in the first 10 months of the last fiscal.

Pradhan said that Iran was India’s second biggest supplier of crude oil after Saudi Arabia till 2010-11 but western sanctions over its suspected nuclear programme relegated it to the 7th spot in the subsequent years. In 2013-14 and 2014-15, India bought 11 MT and 10.95 MT respectively from Iran.

Sourcing from Iran increased to 12.7 MT in 2015-16, giving it the sixth spot. In the following year, the Iranian supplies jumped to 27.2 MT to catapult it to the third spot, Pradhan has said.

The United States, earlier in November 2018, unilaterally withdrew from its 2015 landmark nuclear deal with Iran and re-imposed economic sanctions that had been suspended in return for curbs on Tehran’s nuclear program.

In November 2018, the U.S. administration had taken a tough stand on its sanction on Iran as President Donald Trump has clearly stated that the U.S. sanctions against Iran beginning from November 4, 2018, will block payment routes.

However, at that time, India and Iran were discussing reverting to rupee trade after November 4, 2018, and the United States latterly agreed to let eight countries keep buying Iranian oil.

Before the latest sanction imposed, Iranian oil was a lucrative buy for refiners as Tehran provides 60 days of credit for purchases, which is double the amount of time given by other producers.

The importance of India Iran oil business might also be seen from the fact that before the sanctions pressure, India was Iran’s second-biggest oil buyer after China and was among the few countries that didn’t completely stop trading with Iran even when Western sanctions were imposed on the Islamic Republic in 2012 over its nuclear program.