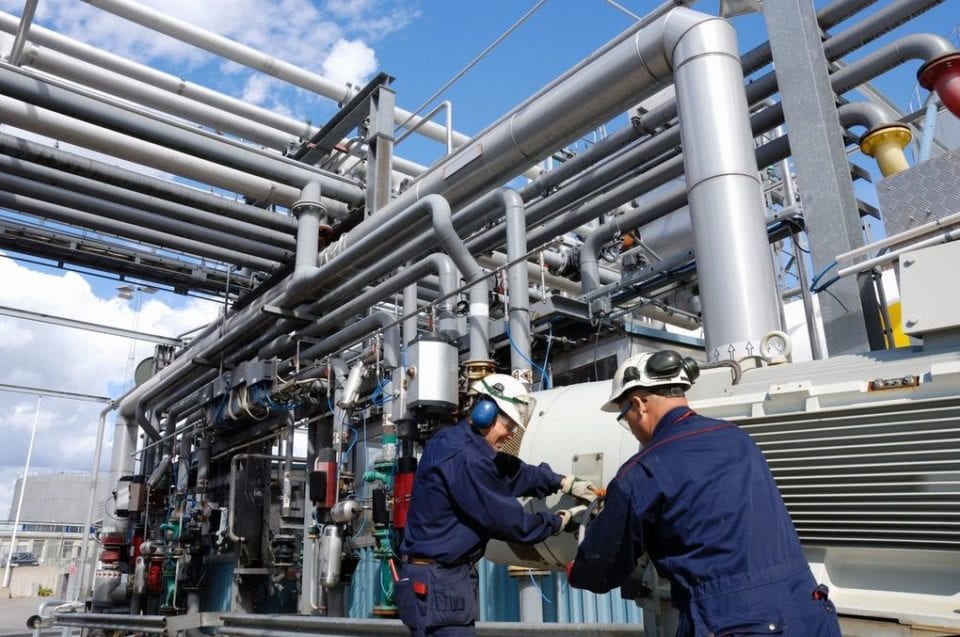 In this “lower for longer” environment, the vast majority of energy companies cut payouts, including 60 companies this year since early March. In contrast, France’s Total SA has increased by 15 percent.

For decades, super major oil stocks have enjoyed a well-earned reputation for reliability and safety. Over the past 40 years, oil prices have ranged from over $150 to less than $10 a barrel.

But even as hundreds of energy companies have gone through booms and busts, ExxonMobil XOM (XOM) has increased its quarterly dividend by 11.6 times or more than 1,100 percent. Chevron CVX Corp (CVX) has multiplied its payout by 12.9 times.

The majors have also fared well since mid-2014, following the decisive break in oil prices under $100 a barrel. In this “lower for longer” environment, the vast majority of energy companies cut payouts, including 60 companies this year since early March.

In contrast, ExxonMobil has raised its dividend by 26 percent since mid-2014. Chevron’s payout is 20.6 percent higher. And France’s Total SA (FP, TOT) has increased by 15 percent.

Super majors have prospered throughout energy price cycles for two key reasons. First, balance sheets are quantifiably stronger than those of most sovereign nations. In hard times, they have a real cash cushion against operating shocks, as well funds to invest while rivals retreat.

COVID-19 fallout has made this no ordinary cycle. In fact, super majors are getting hit on both ends, as social distancing measures slash demand for refined products like jet fuel and gasoline at the same time commodity prices are crashing.

The result is an historic blow to Q1 profits and cash flow, and likely worse to come in Q2. Reduced cash flow has forced companies to raise debt to fund reduced CAPEX levels. And that’s fueled speculation other super majors will follow the example of Royal Dutch Shell (RDS/A), which has cut its June dividend by -66 percent.

Super majors’ challenges also come at a time when many investors believe the days of fossil fuels themselves are numbered. So not surprisingly, they’ve magnified doubts about the sustainability of these companies’ time-tested business model.

One big reason I’m not among the skeptics: Q1 results at Total SA. Despite the lowest all-in production costs of the super majors, the company’s E&P unit took a 39 percent hit to cash flow. A robust 5 percent increase in output was more than offset by declines of 24 percent and 26 percent in realized selling prices for liquids and natural gas, respectively.

Management now expects full-year 2020 production to be about 5 percent below guidance issued in February. That’s following the “strengthened action plan,” which cuts another 25 percent from projected full-year CAPEX, and includes the effect of output curtailments in Canada and OPEC countries.

Total also reports its downstream facilities have run as much as 50 percent below normal since mid-March, due to COVID-19 fallout. That trend promises to worsen refining margins that were down 20 percent in Q1 from a year ago, and further depress throughput that was 30 percent lower. Social distancing measures will continue to hurt the retail network, which saw 10 percent lower sales.

One division, however, has not gone into reverse: Integrated Gas, Renewables & Power (iGRP) boosted earnings 54 percent from a year ago. That was good for 40 percent of the company’s overall operating income, up from a 17 percent share in Q1 2019. Primary drivers were a 30 percent lift in LNG sales and 70 percent higher renewable energy generation.

iGRP will likely contribute an even larger share of Total’s profits going forward, as the only division not seeing a CAPEX cut this year. Management is pushing ahead with a $23 billion LNG export project in Mozambique, while lifting global renewables capacity to 25 GW in 2025, up from 3 GW at the end of 2019.

In May alone, Total started up a 256-megawatt solar facility in Australia and brought online a fifth of targeted 60 MW of distributed generation for 2020 in Southeast Asia. Management also announced the EUR515 million purchase of EDP-Energias de Portugal’s assets in Spain.

That transaction adds 2.5 million new retail electricity customers, making the company the fourth largest supplier of gas and power on the Iberian peninsula. And it follows similar acquisitions in Belgium and France.

Overall, iGRP’s share of annual CAPEX will double to 20 percent by 2030, a key element of Total’s goal to be “carbon neutral” by 2050. The company also owns 51.75 percent of solar components manufacturer SunPower Corp SPWR (NSDQ: SPWR), which will spin off panel production as Maxeon Solar by the end of Q2. And it’s pushed ahead with the sale of its North Sea oil and gas assets, while exiting previously planned purchases of Occidental Petroleum OXY (OXY) fields in Algeria and Ghana.

Total is still primarily an oil and gas producer. And despite the rebound in global oil prices, Q2 results are likely to be worse than Q1, which saw hits of 35 percent and 31 percent to income and cash flow, respectively.

But steady iGRP returns coupled with low debt and $1 billion in new operating cost cuts will offset much of the expected shortfalls at refining and E&P operations. And that backs the company’s dividend, which management most recently affirmed during the Q1 earnings call.

Total’s iGRP growth also ensures its business model will be sustainable should the world continue to electrify, as seems likely. And the fact that management has succeeded in making the company a major player in power in such a short time highlights the continuing ability of super majors to adapt business mix to meet their challenges, buying and/or building what they need to thrive as needed.

In short, Total’s success is a warning to those who would bet against the future of super majors. The environment is changing but the business model is alive and well.

Sourced through Scoop.it from: www.forbes.com