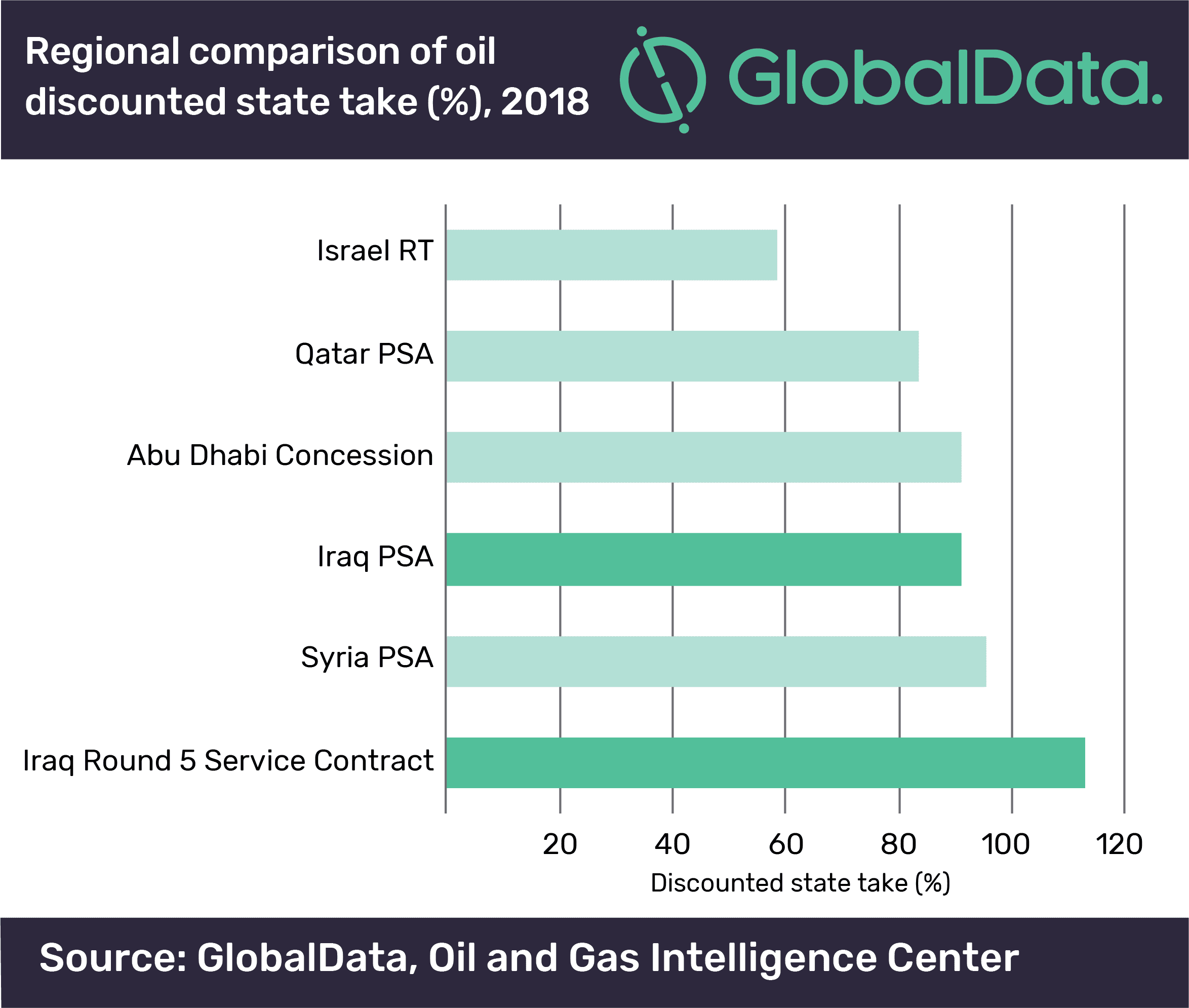 Iraq’s crude-oil production is gradually increasing thanks to expansion at previously delayed oil projects. However, the existing contracts are still not able to reach their full potential, according to GlobalData, a leading data and analytics company.

The company’s report: ‘New Iraqi Government Faces Policy Hurdles to Unlock Long-Term Growth’ reveals that Iraq’s crude-oil and condensate production is gradually expanding and is forecast to reach 6 million barrels per day in 2021. In particular, between 2017 and 2021, Zubair will more than double its daily production. Whilst exciting contacts are stagnant, it appears that the terms for the new contracts, the ones used for Iraq’s fifth licensing round, are not sufficiently attractive to get major investments in the country.

Alessandro Bacci, Oil and Gas Analyst at GlobalData, comments: “The contract model offered in the fifth licensing round exhibits very high levels of state take, even compared to other areas in the region. While earlier contracts also had tough terms, the existing resources of the major fields on offer counterbalanced this, but new opportunities are now likely to be smaller fields or exploration acreage.”

At the same time, Iraq aims to increase the volume of natural gas production as feedstock for its power plants. In support of this aim the government published a roadmap at the end of 2017 containing several specific provisions linked to natural gas development. However, policies to support development of gas resources also appear stalled.

Political instability is also still a major risk. Oil-producing provinces continue to protest that they are not adequately compensated for their oil production with little revenue reinvested locally while they have to bear relevant environmental damage.

Bacci adds: “The tensions between the federal government and the Kurdistan Regional Government (KRG) are far from being solved and, one year after the failed KRG independence referendum, they might resurface again once the formation of the new federal government is complete.”

Sustainability Is the Future of the Petrochemical Industry