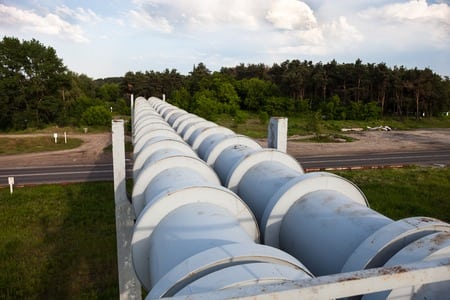 President Donald Trump wasted no time getting to work since his inauguration. On Jan, 24, the White House released two separate statements concerning the Dakota Access Pipeline and the Keystone XL Pipeline. Both pipelines have been the subject of much controversy.

The Keystone Pipeline project was denied by President Barack Obama towards the end of 2015 due to concerns that it compromised efforts to reduce the United States’ reliance on carbon-based energy.

However, in a White House press release, President Trump stated: “I hereby invite TransCanada Keystone Pipeline, L.P. (TransCanada), to promptly re-submit its application to the Department of State for a Presidential permit for the construction and operation of the Keystone XL Pipeline, a major pipeline for the importation of petroleum from Canada to the United States.”

The Dakota Access Pipeline was in the news quite a bit the past year because of the proposed pathway the pipeline would take, which would cut through lands which are considered sacred to the Standing Rock Sioux Tribe. Furthermore, the tribe claimed that it could threaten the environmental economic well-being of the people who lived near the proposed pipeline area.

The $3.7 billion project was halted in December when the Obama administration denied a permit that was necessary to continue construction. Therefore, the new announcement by the Trump Administration that they would be pushing for the completion of the pipeline has come as quite an abrupt disappointment to the Sioux Tribe.

The fact that President Trump is pushing for the completion of these pipelines is not much of a surprise given his rhetoric surrounding the deregulation of business and his apparent lack of concern for popular environmental issues. Any new developments involving the construction of these pipelines will certainly be drawing the attention of those in the oil industry in addition to environmental groups and the Sioux Tribe.