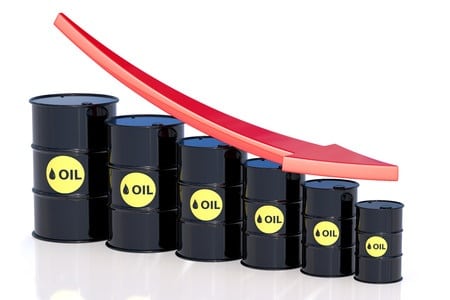 “Product prices remain low; the outlook for oil and natural gas demand growth compared to production growth continues to result in oversupply and high inventory levels,” Coffman said in an earnings statement. “The combined result of these factors has been a dramatic reduction in capital expenditures announced by virtually every company in the industry.”

According to Coffman, Panhandle’s capital expenditure level has declined steadily over the last year.

“We are fine with that, based on current product prices,” he said. “We have been able to use the free cash flow to further reduce our debt, which today stands at $53.5 million. The $8 million debt reduction in the first quarter was the largest quarterly debt reduction in company history, and was accomplished during these very difficult times in the industry.”

Coffman said the company is looking at alternatives to maximize the value of Panhandle’s mineral acreage assets to position the company to be in the best possible situation “not only to ride out the current environment, but to be in a position to take advantage of strategic opportunities at the appropriate time.”

In a Jan. 4 operations update, Panhandle said the company in the first quarter leased out about 970 net mineral acres in Woodward County, Okla., for an upfront cash bonus of $660,000 and an 18.75% non-cost bearing royalty.

Panhandle last December also entered in a land lease agreement in the northwestern shelf area of the Permian Basin. The agreement covered about 4,000 acres of undeveloped minerals in a 34.5-square-mile block in Cochran County, Texas. The block is prospective for horizontal San Andres development and is adjacent to the Levelland and Slaughter fields, which have cumulative production from the San Andres of 2.2 billion barrels of oil equivalent. Panhandle said the lease generated a $2 million cash bonus during 1Q16.

“We have utilized our significant undeveloped mineral position to generate $4.6 million in cash proceeds in the last three quarters by leasing out 8,391 acres or 4.2% of our total 199,000 acres of undeveloped minerals,” Paul Blanchard, Panhandle senior vice president and COO said in the earnings statement. “As a part of this leasing activity, the company has negotiated the right, on a unit by unit basis, to exercise the option to participate with up to a 10% working interest with our mineral holdings in two large blocks in the Permian Basin that have the potential to become significant oil fields with several hundred producing wells.”

“Our approach to this part of our business remains consistent; we lease out our mineral holdings only where we believe the lease bonus and royalty income will exceed the risk adjusted present value of participating as a working interest owner,” he said. “Most other oil and gas companies, who are not mineral owners, have been forced to drill wells and expend precious capital to preserve their opportunity or lose the land and right to drill as their undeveloped leasehold expires. They also have to invest additional capital to lease minerals in new areas in order to expand their opportunity.”

According to Blanchard, Panhandle’s mineral holdings are perpetual, and therefore, never expire. As a result, the company is never forced to drill wells to preserve mineral acreage.

“These facts clearly differentiate our assets and strategy from others and accentuate the conservative strength of our company and its benefits during difficult times in the industry,” he said.